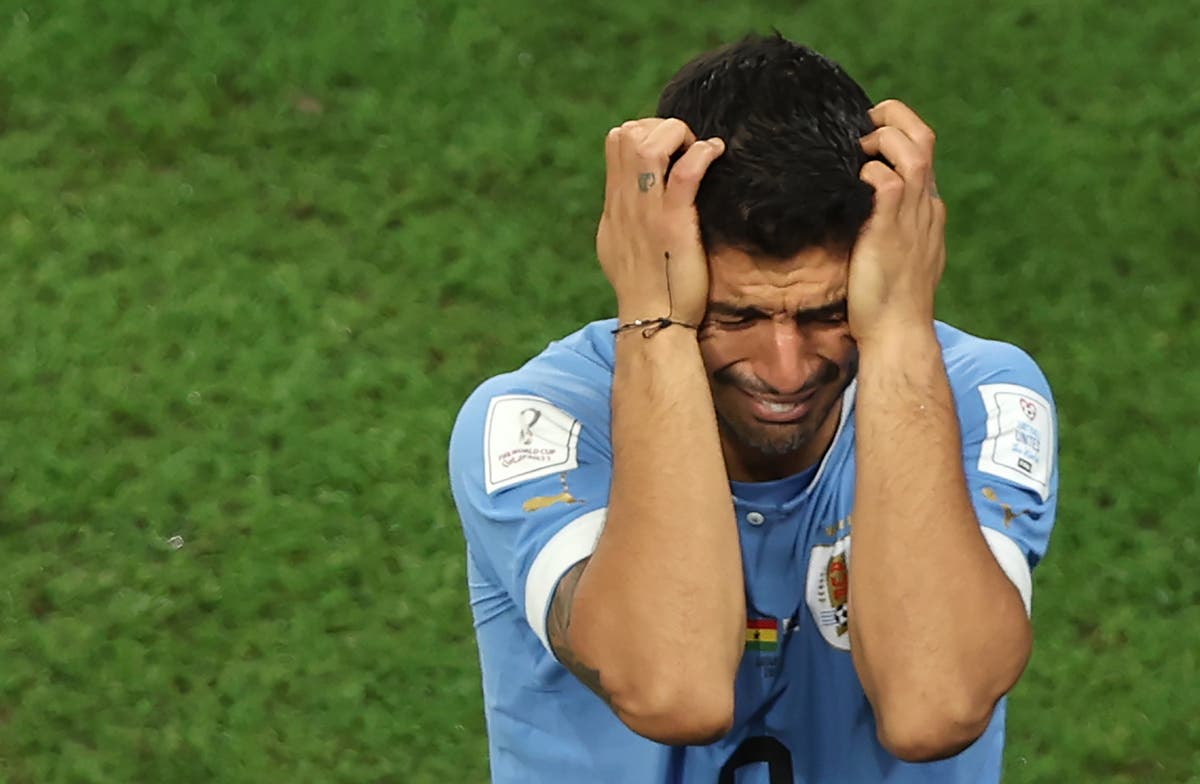 Giorgian de Arrascaeta scored twice as Uruguay beat Ghana 2-0 but it was not enough to keep them in the World Cup after South Korea pipped them to the Group H runners-up spot with victory over Portugal.

Ghana, who famously missed an extra-time spot-kick in a quarter-final against Uruguay in South Africa 12 years ago, spurned the chance to take the lead in the 21st minute when Andre Ayew’s tame penalty was easily saved by Sergio Rochet.

Uruguay made them pay with their first goals of the tournament as De Arrascaeta headed the ball over the line from close-range after a shot from Luis Suarez in the 26th minute and doubled their lead with a superb volley after Suarez was again involved in the build-up six minutes later, although he would be in tears on the bench by full-time.

The win lifted Uruguay to third place on four points, the same as South Korea, who squeaked through with more goals scored in the tournament after netting a late winner in a 2-1 victory over Portugal. Ghana finished bottom of the group with three points.

Relive the action with our live blog below or relive South Korea vs Portugal live HERE: