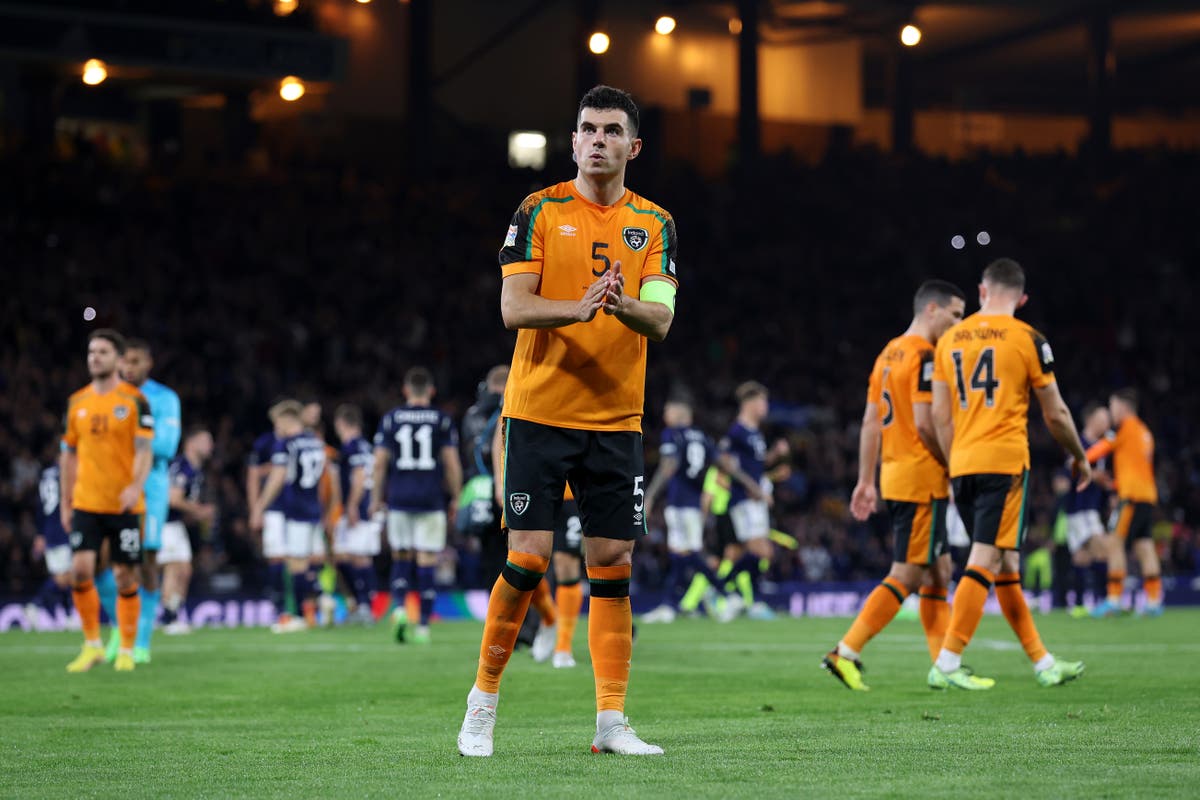 The Republic of Ireland must avoid defeat against Armenia to avoid dropping to the third tier of the Nations League.

Saturday’s defeat to Scotland leaves Stephen Kenny’s side vulnerable, returning to Dublin just one point above their opponents.

Armenia secured an impressive 1-0 win over the Republic of Ireland in their opening group fixture but have since struggled, losing their last three Nations League matches by a margin of at least three goals.

That has left Joaquín Caparrós under extreme pressure, with Armenian journalists refusing to ask the experienced Spanish manager questions after their defeat to Ukraine, insisting that he resigns.

The Republic of Ireland vs Armenia is due to kick-off at 7.45pm BST on Tuesday 27 September at the Aviva Stadium in Dublin, Ireland.

Viewers in the United Kingdom can watch the match live on Premier Sports 2, with coverage due to begin at 7.15pm BST.

Stephen Kenny has close to a full squad to pick from, though midfielder Josh Cullen is suspended after his yellow card against Scotland. Young centre-half Andrew Omobamidele was forced to withdraw from the squad last week due to injury and has remained with Norwich. Kenny hinted ahead of the match that he was considering changes, but stressed that these would not be sweeping.

It is 18 months since Armenia won away from home, and with Joaquín Caparrós due to step down at the end of the campaign, the manager’s selection may not be straightforward. A back-five was utilised successfully in the reverse fixture and Caparros may return to the formation having started with a four against Ukraine. Captain Varazdat Haroyan may return after suspension.