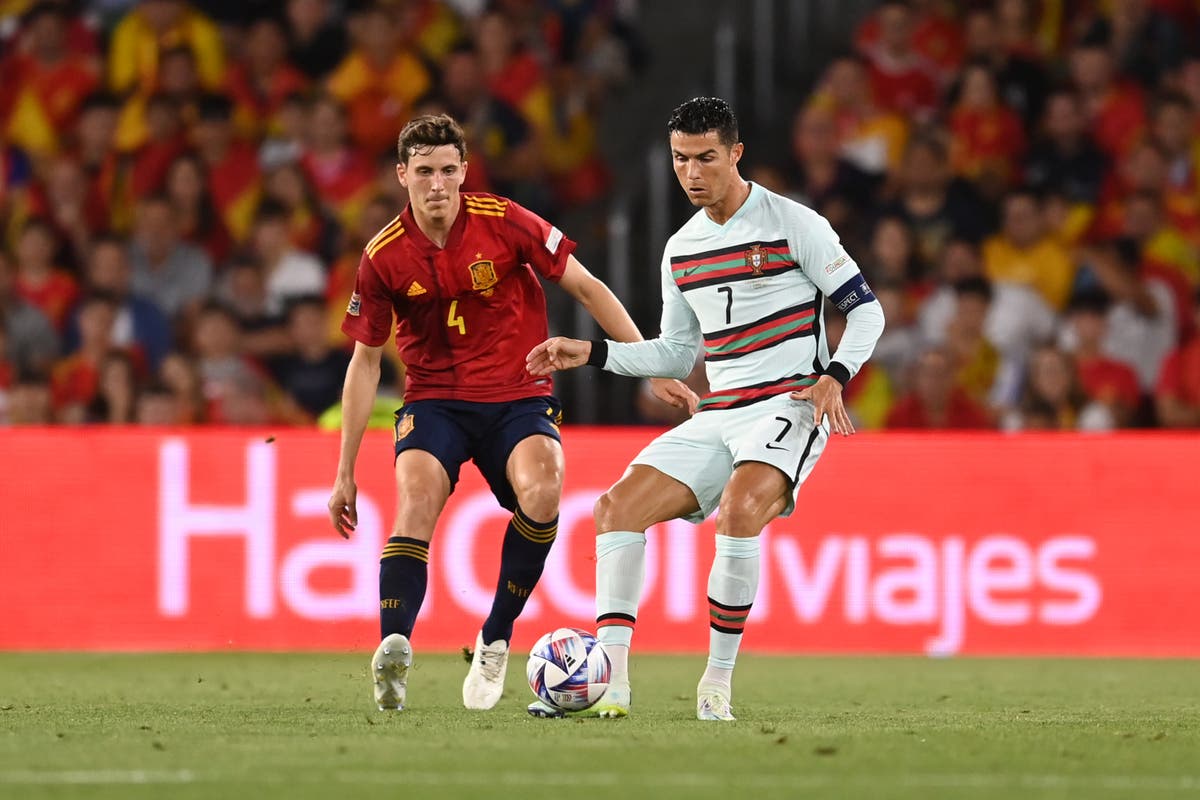 Top spot in Nations League Group A2 is on the line as Portugal host Spain in Braga.

A defeat to Switzerland leaves the visitors in need of a win if they are to overtake their Iberian rivals and progress to the finals.

Portugal completed their penultimate round business rather more effectively, beating the Czech Republic 4-0, and a draw would be enough for Fernando Santos’ side to advance.

The home side have conceded only twice in five group matches so far and will hope for another secure defensive performance.

Portugal vs Spain is due to kick-off at 7.45pm BST on Tuesday 27 September at the Estádio Municipal de Braga in Braga, Portugal.

Viewers in the United Kingdom can watch the game live on BoxNation, with coverage due to begin at 7.35pm BST. Premier Sports subscribers can stream the game via the Premier Player.

Joao Cancelo missed Portugal’s win in Czechia due to suspension, allowing Diogo Dalot a start and a starring role – the Manchester United full-back scored twice, his first goals for his country, in the win. Cancelo’s return may, then, come at left-back, while Fernando Santos could also mull giving Cristiano Ronaldo a bench role after Dalot’s club teammate suffered a cut on the face during the victory.

Luis Enrique did not include either Dani Carvajal in his squad against Switzerland, but the right-back may return in the place of Cesar Azpilicueta in Braga. Alvaro Morata could be utilised from the start to give Spain a more definite forward prong while a Saturday-to-Tuesday turn around may prompt midfield changes, too.

It feels unlikely that this will be a particularly open encounter, with a place in the Nations League finals on the line and the World Cup looming into view. A draw would suit Portugal, who are tight defensively. Portugal 1-1 Spain