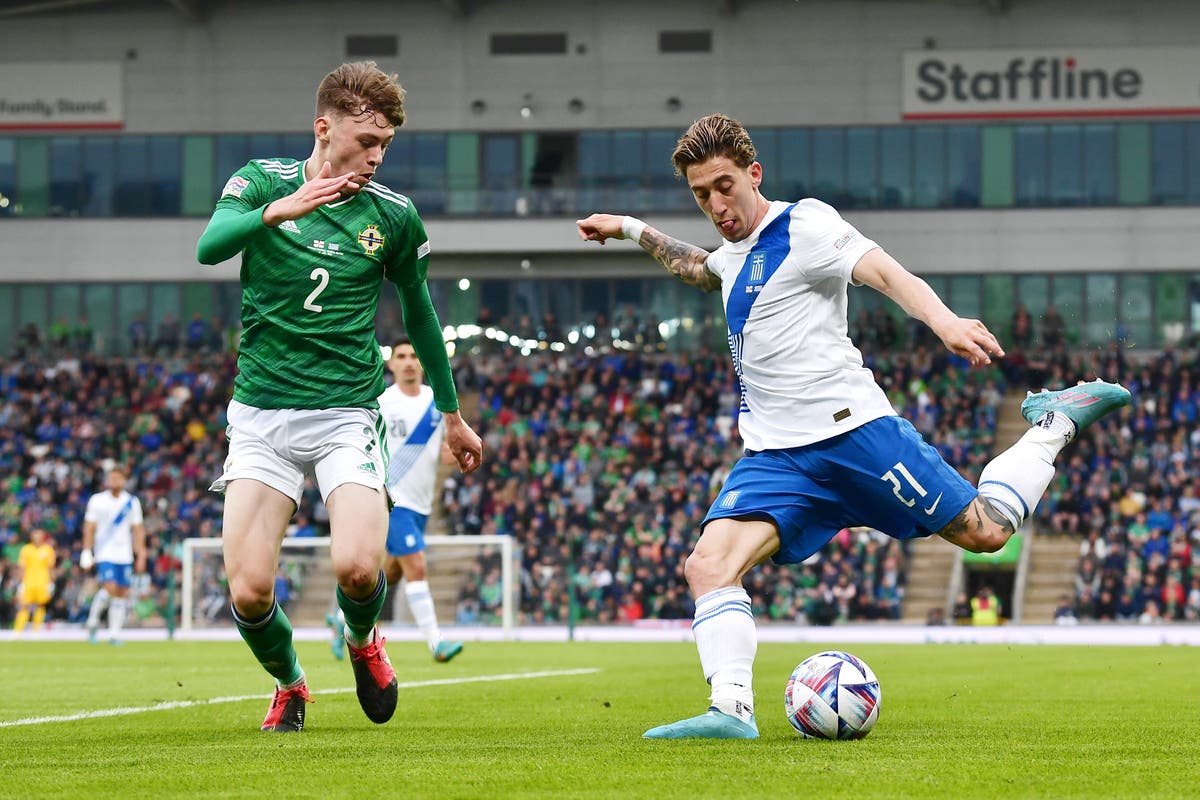 Despite beating Kosovo, the visitors may well require a positive result in Greece, however, with one of three sides due to drop into the relegation play-outs.

Kosovo are one point clear of both Northern Ireland and their opponents Cyprus, with Greece’s place at the top of the group the only certainty entering the final round.

The team that finishes bottom of the group will join Gibraltar, Belarus and Lithuania in the play-outs, to be held in March 2024, which will determine the two sides relegated to the bottom tier of the Nations League.

Greece vs Northern Ireland is due to kick-off at 7.45pm BST on Tuesday 27 September at the Georgios Kamaras Stadium in Athens, Greece.

Viewers in the United Kingdom can watch the match live on FreeSports, with coverage due to begin at 7.15pm BST. Subscribers can stream the game via the Premier Player.

Georgios Giakoumakis and Petros Mantalos are back in contention for Gus Poyet’s Greece, with the pair having served their one-match suspensions in the defeat to Cyprus on Saturday. Teenage centre-half Konstantinos Koulieraki was an unused substitute in that game but could make a debut if he appears in Athens, while England-based full-backs Kostas Tsimikas and George Baldock could again operate on the flanks of a defensive four.

Conor McMenamin was initially withdrawn from the Northern Ireland squad due to an “historic social media video”, but has now travelled to Greece, though it is unclear whether he will be considered for selection. It follows the removal of Kyle Lafferty after Kilmarnock opened an investigation into an alleged sectarian remark made by their striker.

Jonny Evans is set to win his 100th cap and is a likely starter. Stuart Dallas remains Northern Ireland’s key absentee with the Leeds utility-man continuing his recovery from a serious leg injury suffered at the end of the last league season.

There has been plenty happening off the field in the Northern Irish camp but Ian Baraclough will be hoping his side can build on those two late goals against Kosovo and secure their place in the Nations League third tier. Greece 1-1 Northern Ireland