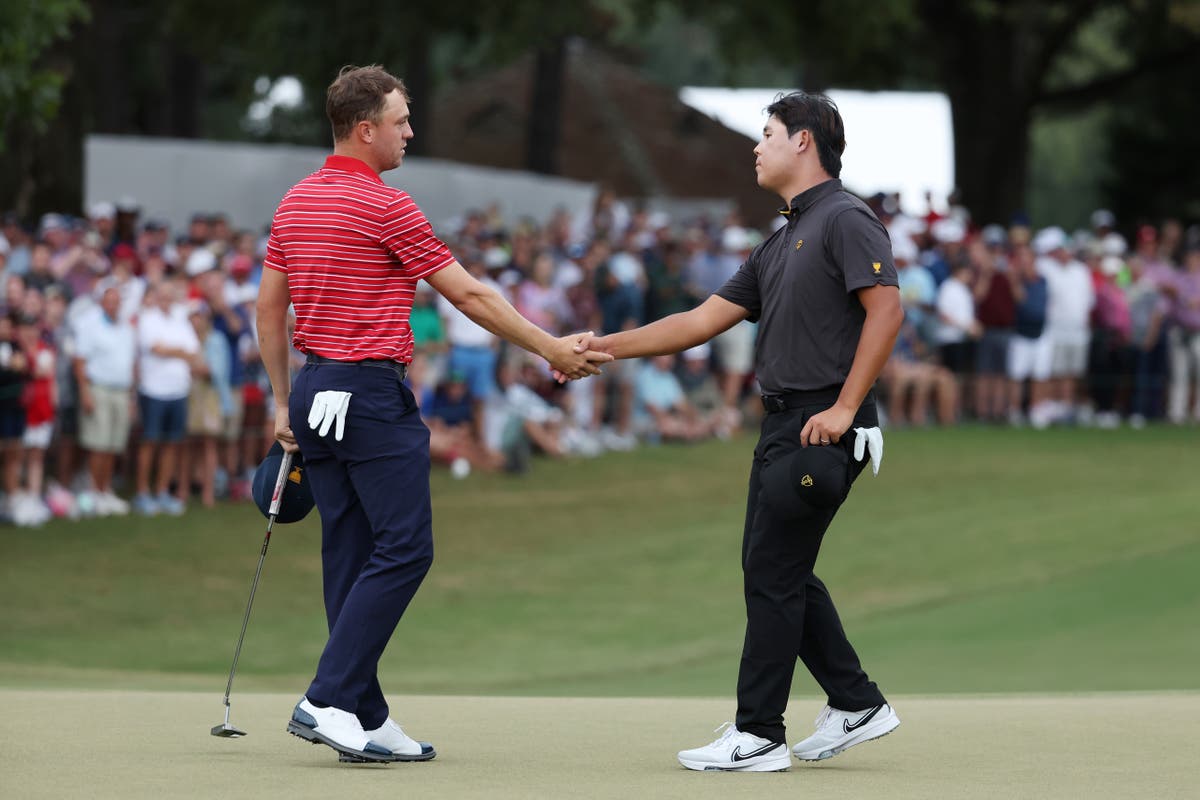 Justin Thomas has admitted that he “loved” a highly-competitive singles encounter against Si-woo Kim on the final day of action at the 2022 Presidents Cup.

The United States (17 1/2) beat the International team (12 1/2), winning six of the individual matches having established a four-point lead entering the Sunday singles slate.

Kim and Thomas opened proceedings in North Carolina with a tight battle eventually decided on the final hole, with the South Korean emerging 1 up to score an early point for his team.

Tempers flared between the pair, with Thomas appearing to be angered by Kim’s shushing of the American crowd and also displeased about his opponent failing to give him a short putt on the ninth hole.

Reflecting afterwards on Twitter, the two-time USPGA Championship winner praised his adversary, conceding that he had got “pumped up” in the heat of battle.

“Haha I loved it,” Thomas explained. “Sometimes you get yourself pumped up.

“He beat my ass down the stretch though! Was a great match. He made some great putts.

“It was [an unreal back nine from Si-woo Kim]. Dude had some stones.”

The biennial Presidents Cup was held at the Quail Hollow Club, with the United States, captained by Davis Love III, continiuing their dominance of the event.

The US have now lead 12-1 in competition history, with one previous tie between the teams.

“It feels good to win. It got really close there for a little bit. Winning is winning and there are no pictures on the scorecard,” said Xander Schauffele, who edged out Corey Conners by a single hole to seal the cup.