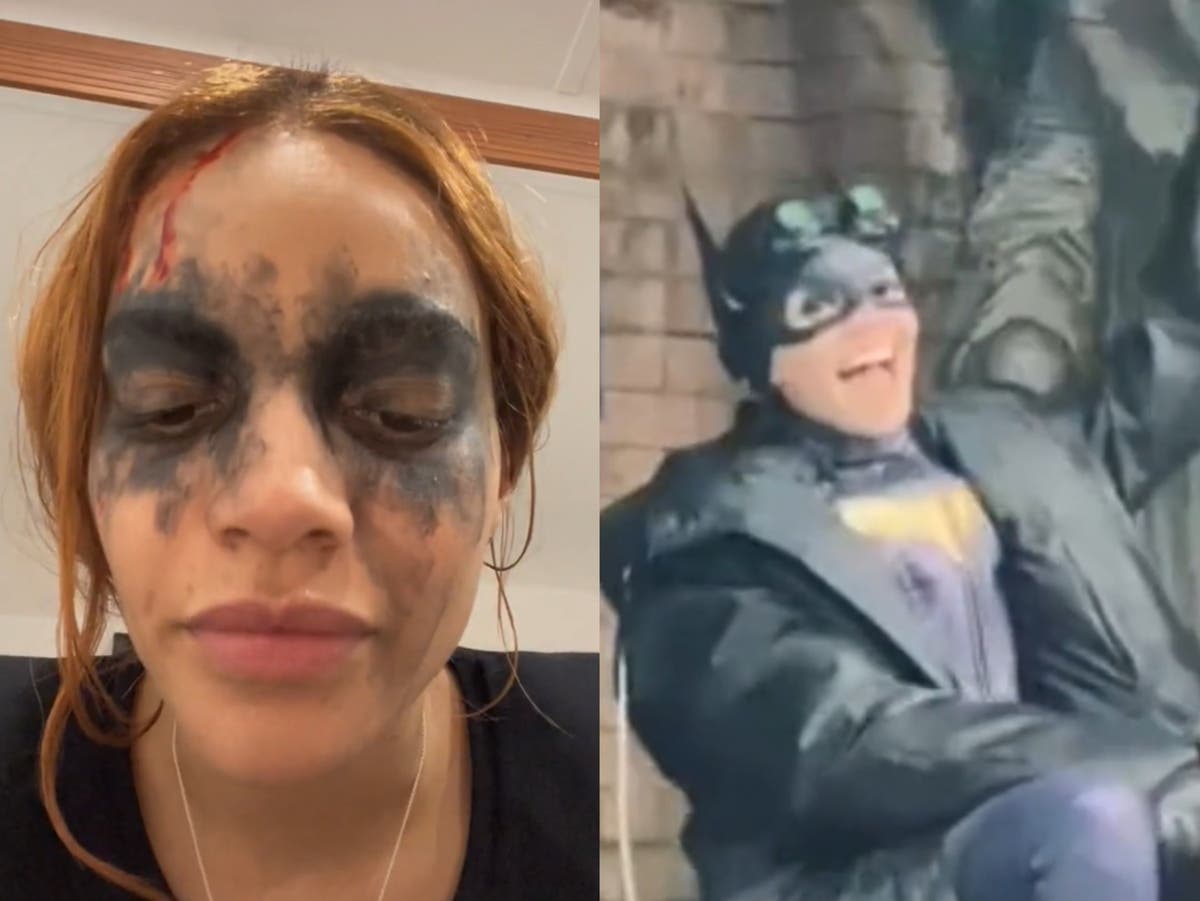 Leslie Grace has shared some behind-the-scenes snippets from the set of Batgirl.

The singer and actor had been cast in the lead role in Warner Bros’s superhero film, which was controversially shelved for good earlier this year.

Nearly $100m had already been spent on Batgirl before its release was cancelled entirely. The film also starred Michael Keaton and Brendan Fraser.

On TikTok, In the Heights star Grace shared a 15-second video of herself rehearsing for the role.

The short compilation of clips gave fans a look at some of the stuntwork which would have featured in the film, as well as her costume.

Last month, Grace spoke out about the film’s cancellation, saying she was “proud” of her portrayal of Batgirl.

“On the heels of the recent news about our movie Batgirl, I am proud of the love, hard work and intention all of our incredible cast and tireless crew put into this film over seven months in Scotland,” she wrote.

“I feel blessed to have worked among absolute greats and forged relationships for a lifetime in the process!”

When news of the cancellation first broke, Warner Bros issued a statement in which they praised Grace’s performance.

“The decision to not release Batgirl reflects our leadership’s strategic shift as it relates to the DC universe and HBO Max,” a Warner Bros Picture spokesperson said. “Leslie Grace is an incredibly talented actor and this decision is not a reflection of her performance.”