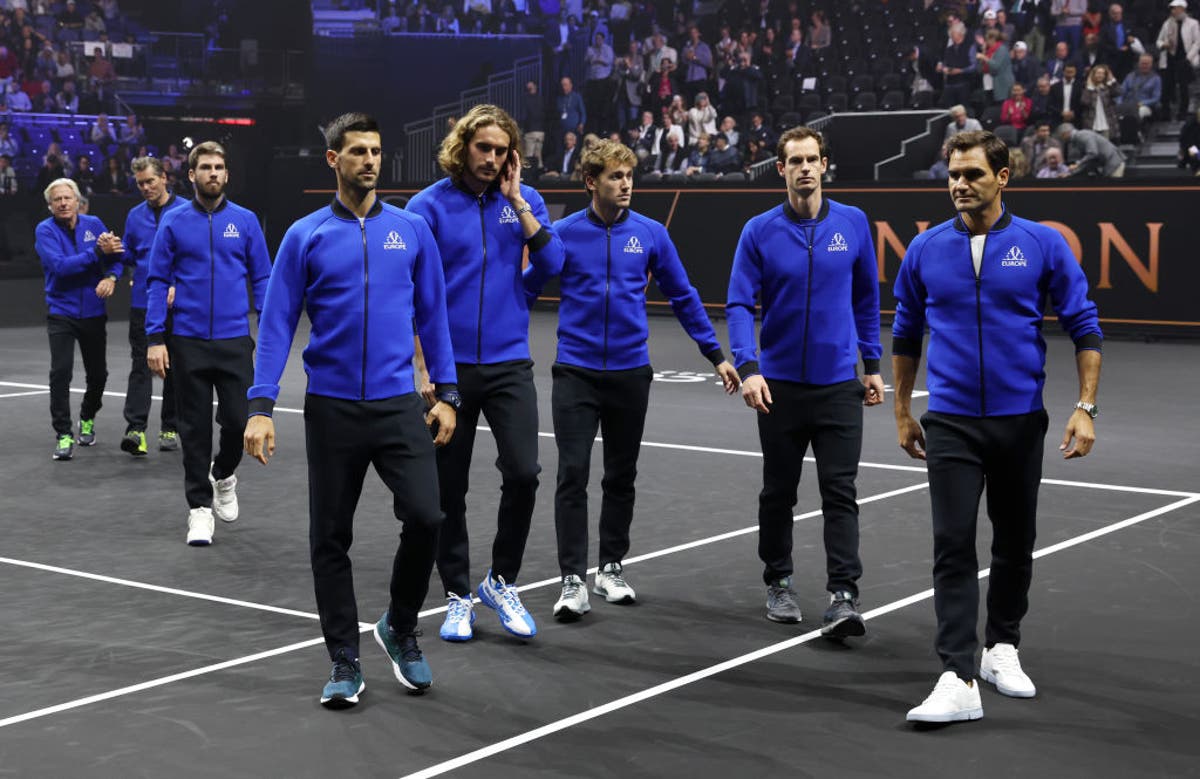 The Laver Cup comes to a close in London today as Team Europe look to wrap up victory for Roger Federer on the final tournament of his career.

But the 41-year-old has remained courtside to support his teammates as the Europeans look to retain the Laver Cup against Team World.

Novak Djokovic has put the hosts in a commanding position after his singles and doubles wins on Saturday, with Europe requiring two more wins to take the title at the O2 Arena this afternoon.

Here’s everything you need to know.

When is the Laver Cup?

The Laver Cup gets underway on Friday 23 September and will conclude on Sunday 25 September.

Is the Laver Cup on TV?

The tournament will be shown in the UK on Eurosport. It will also be available to stream online on Discovery Plus.

Will Roger Federer be playing any further part?

Given this is his last tournament, Federer did opt to take part in the Laver Cup but because of his injury issues and his lack of matches over the last year, he only competed on Friday.

The rules are that all players must play at least one singles match on either Friday or Saturday, so after he completed the Friday doubles, the 41-year-old was withdrawn from the tournament and replaced by Team Europe alternate Matteo Berrettini.

How does the Laver Cup work?

Singles and doubles matches are played on each day, with Friday’s matches worth one point, Saturday’s worth two and Sunday’s worth three.

Each player plays in at least one singles match over the first two days but no player can play singles more than twice during the three days.

At least four players from each team must play doubles but no doubles combination can be used more than once.

Best of three sets are played, but the third set is a 10-point match tiebreaker if the first two sets are split.

The winning team is the first to reach 13 points. With 24 points available, a decider will be played in the event of a 12-12 draw.

What is the Laver Cup schedule and results?