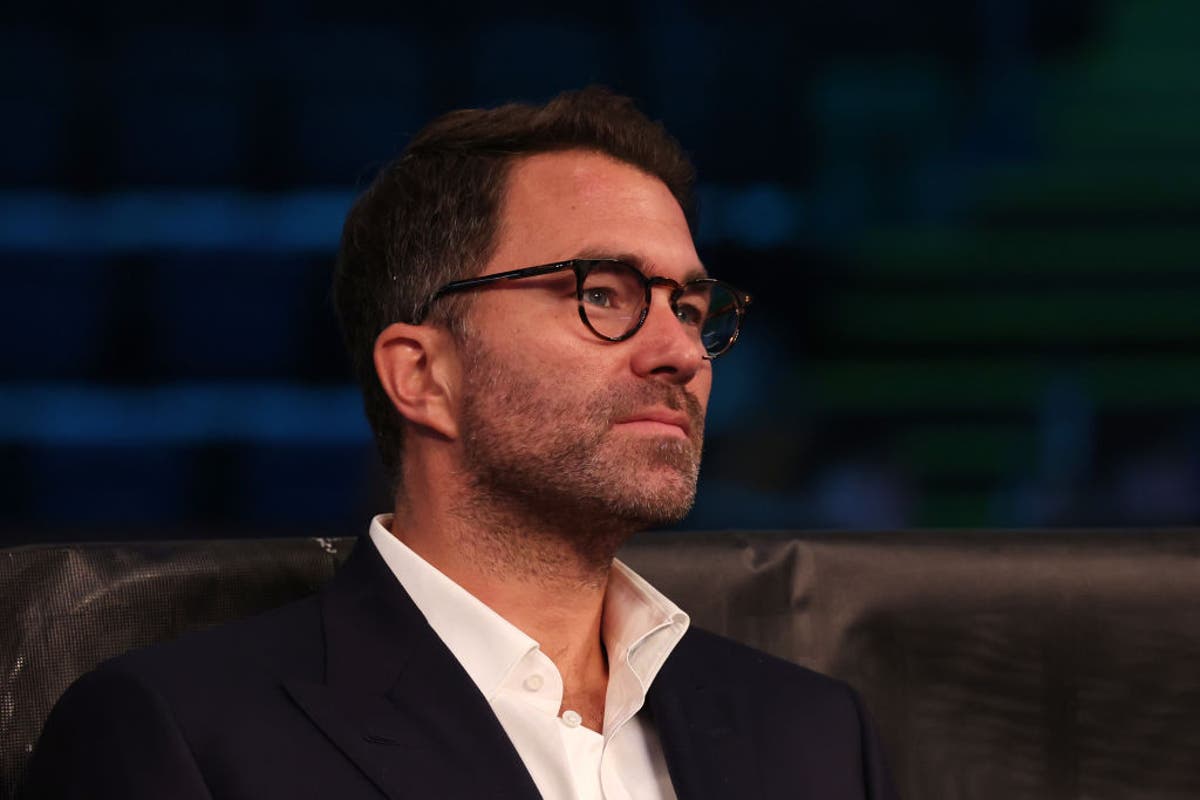 Eddie Hearn has said there is “no chance” Anthony Joshua and Tyson Fury will sign a contract for their fight by Monday’s deadline.

Fury has threatened to walk away from discussions for the long-awaited all-British heavyweight fight if the deal is not agreed by the start of the week.

But Hearn has rejected Fury’s deadline and says he can forget about fighting Joshua if he wants the contracts to be signed in such short notice.

“If he [Fury] really wants to fight, he’ll let the teams deal with it,” Joshua’s promoter Hearn told Seconds Out. “If he doesn’t [want to fight Joshua], and I guess he doesn’t, then he’ll do what he’ll do and the fans might even fall for it.

“But what I am seeing, the fans aren’t falling for it. We have a meeting on Monday, with DAZN, with BT, with everybody but it’s going to take time. If he wants to put a time frame of Monday on it then it’s clear to the whole public he doesn’t want the fight.

“It’s not getting signed on Monday so if he is walking away on Monday the fight is off.”

Negotiations between the fighters’ camps have been rumbling on for several weeks and it seemed Joshua agreed to a 60-40 purse split in Fury’s favour for the all-British blockbuster bout, set to be held before the end of the year.

Fury’s promoter Frank Warren said last week a contract had been sent to Joshua’s camp, with Hearn subsequently revealing there were still some minor terms to be resolved.

WBC champion Fury claims Joshua is trying to avoid a showdown, releasing an expletive-laden social media post about his rival on Friday.

Fury was ringside for the fight between Joe Joyce and Joseph Parker at Manchester’s AO Arena on Saturday night, and again called out Joshua and his camp.

“They had had the opportunity to agree to this fight for about a month. They have had the contract for over a week, still not signed, still a few more excuses they are going to come back with,” Fury said to BT Sport.

“We will know more on Monday, I think. The two broadcasters are going to meet up and then we will know from there.

“I am sick of setting deadlines. They either want this poxy fight or they don’t.

“I don’t mind inviting these people to my party, but they are not going to come to my party, my banqueting hall and try to dictate to me.

“They either want to do it or they don’t. If they do, sign the contract, if they don’t then do one. This is the fight I have been trying to make since 2017 and been unsuccessful every single time.

“I was optimistic three or four weeks ago that the fight might happen. Today, I am not very optimistic. I am definitely fighting on that date scheduled –3 December – whoever it may be. I don’t really care, I will knock them all out anyway.”