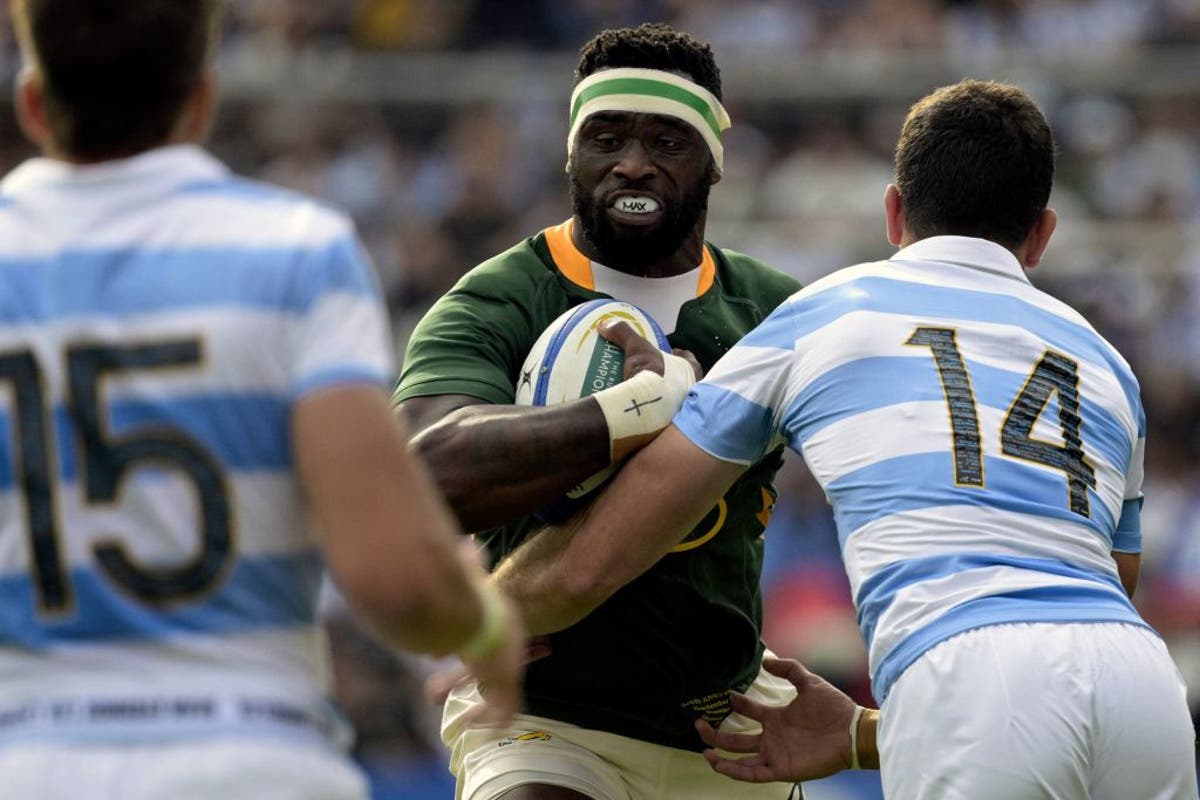 South Africa host Argentina in their final Rugby Championship match with everything still to play for with all four teams able to take the trophy. New Zealand sit on top of the table on points difference but South Africa closely follow them with Argentina and Australia on the chase.

Last week the Springboks beat Argentina in their own back yard 36-20 and they will be hoping to get the same result at home. A concern for South Africa comes in their lack of a fly-half with Handre Pollard injured, Damian Willemse concussed and Elton Janjties out due to mental health reasons.

The situation sees South Africa turn to Frans Steyn, an experienced player but one who hasn’t started a Test since 2008.

But who else lines up for the teams? Here’s all you need to know.

The match will take place on Saturday, 24 September at 4.05pm BST.

The game will be available to watch on Sky Sports and their app Sky Go.

South Africa make two changes from their win over Argentina with Frans Steyn in at fly-half and Pieter-Steph du Toit come in at flanker.

Argentina male two backline changes to their team, with coach Michael Cheika resisting wholesale changes despite losing at the home to the Springboks last Saturday. Juan Imhoff comes in on the wing in place of Lucio Cinti while Matias Moroni replaces Matias Orlando at centre,

Everything is up in the air in the competition but the world champions should have the edge over Micheal Chieka’s men, especially having the home advantage. South Africa 25-10 Argentina.