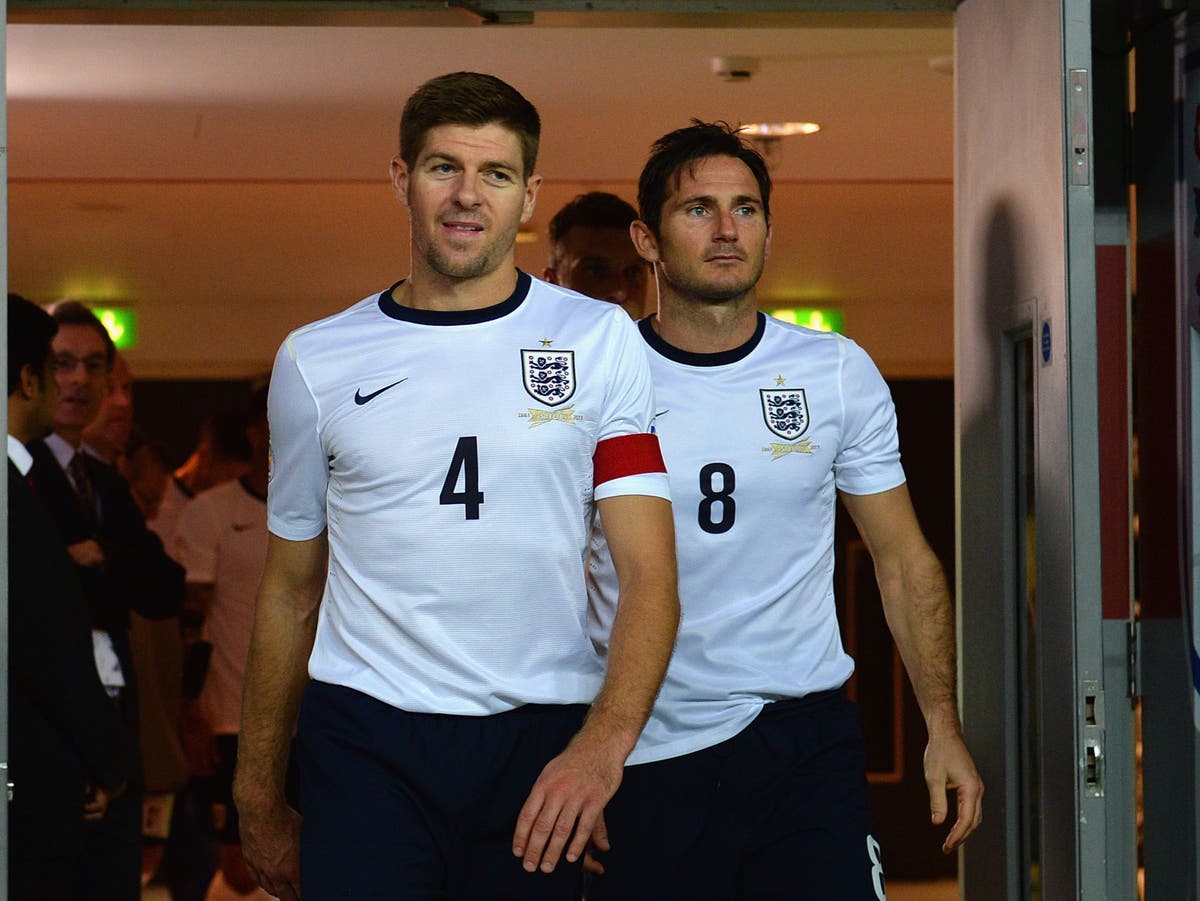 Frank Lampard has revealed that he turned to Steven Gerrard for advice when he became Everton manager and was spurred on by the “professional jealousy” of competing with him in their playing days.

Former England teammates, and rivals when they played for Chelsea and Liverpool, Lampard and Gerrard meet as managers for the first time when Everton travel to Aston Villa on Saturday.

Lampard consulted Gerrard about Nathan Patterson, the right-back who played for the Liverpudlian at Rangers, as he reflected on how they have become closer over the years.

The 44-year-old, who became Chelsea’s record scorer, was motivated when he saw Gerrard scoring for Liverpool and wishes England managers had found ways of accommodating them in a central midfield trio.

“I did always think it, because particularly in tournament football we got outnumbered in midfield,” Lampard said as he reflected on how England’s ‘golden generation’ never reached a semi-final. “You’ve always got to take responsibility for yourself first, so I’m not speaking for Stevie, but when you’re outnumbered at the high level at things like the World Cup then it’s difficult to control games. So I think that was just part of the puzzle.”

The accusation was that Lampard and Gerrard could not play together but both were on the same punditry panels as they discussed a move into management.

And Lampard added: “As we got a bit more mature, we became that little bit closer as you do, and then we both worked in the media, and around and we spent a little bit of time together. [In 2018],  we both worked on the World Cup and Champions League final together, and I was just about to go to Derby and he was getting into it too, and we spoke about it.

“We messaged each other and met up a few times through circumstances and chatted about the job. I spoke to him when I came in here, and the experience of working with Nathan Patterson, because I wanted to get his opinion about Pats. I respect Stevie’s word, on what he thinks about football and just generally.”

Jose Mourinho tried to pair them at Chelsea, bidding for Gerrard in 2004 and 2005, when his plan seemed to be to put them in a midfield with Claude Makelele.

“Would have been good, wouldn’t it?” Lampard said. “I think it worked out alright for me and Stevie in our own ways. We ended up being one-club people pretty much in our careers and I think that was the right story. It could have been good in another world.”

Lampard went on to score 211 goals for Chelsea and Gerrard 186 for Liverpool as both became Champions League-winning captains and the current Everton manager was driven on by the exploits of his Villa counterpart.

“Maybe a tiny bit in a competitive nature and it wasn’t just me and Stevie, I was competitive as a player,” he explained. “Whenever other midfielders scored goals my eyes shot up, I was a bit like that. When I grew up I think it was called professional jealousy. My dad called it that.

“It’s not a bad thing if honed in the right direction. But that is in your younger years. I think as you get older you just respect a player that is of the level of Steven. He was just incredibly high level of a player.”