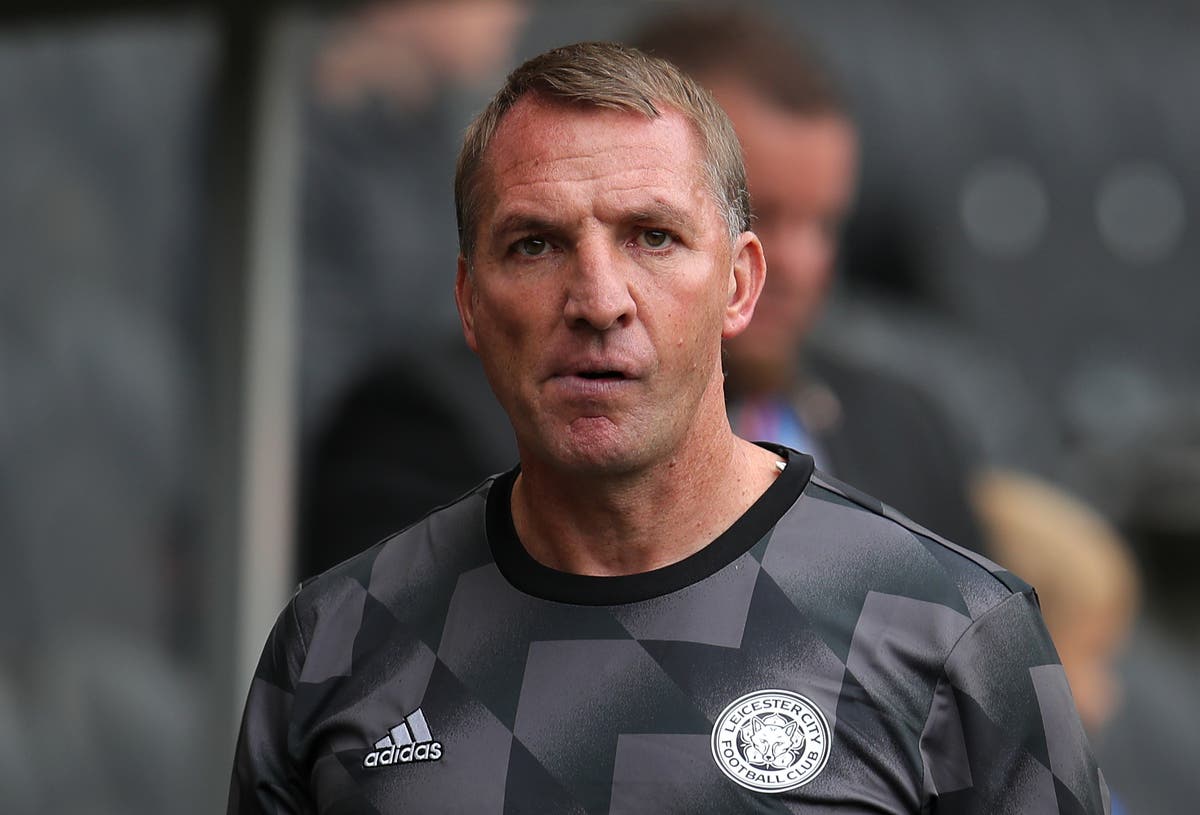 Leicester boss Brendan Rodgers says he will not lose his head over the lack of signings at the club this summer.

Apart from recruiting former Cardiff goalkeeper Alex Smithies on a free transfer, the Foxes have not brought in any new players over the close season and Rodgers said there is “no guarantee” that will change before the transfer window closes.

Not only that, but Rodgers faces losing some of his key players as Chelsea are trying to sing Wesley Fofana and Newcastle are among the clubs chasing James Maddison.

It is difficult for the Northern Irishman to take given he led the Foxes to back-to-back fifth-placed finishes and an FA Cup in his time at the King Power Stadium, but he understands the situation.

“What you learn through experience is there’s no point in losing your head over it,” he said ahead of Saturday’s visit to Arsenal.

“The club has given me so much since I’ve been here and I’ve got huge respect for Khun Top (chairman Aiyawatt Srivaddhanaprabha), his family and the board. I’m no less ambitious than any other manager, especially where we’ve taken the club over the last couple of years.

“Of course, I want the club to continue to progress and improve. There’s also a patient element to it, which unfortunately in modern life can be difficult.

“The club is managed really well, there’s a reason for that because behind the scenes the people know maybe at times when to put the brakes on. Maybe this is what they have to do at this moment.

“We’re not in the same level and league as some of the other teams that have the resources so we always have to be really careful how it’s managed. As a manager of course I would have loved to freshen up the squad but I haven’t been able to do that.

“My experience tells me now that you just work and have the joy of coming in here every day and working with the players that are here, rather than just worrying about what you don’t have.

“There’s still a lot of growth in this squad. I’ve seen improvements in the last three and a half years since we’ve been working together, and that’s what I will continue to do until my last day here.”

Perhaps ominously in his desire to keep Fofana and Maddison at the club, Rodgers says any new signings – beyond former Huddersfield keeper Smithies, who joined on Friday evening – are dependent on players leaving.

“It’s still going to be one where the club need to try and move on some players and see what that releases, there’s no guarantee for us at this stage,” he said.

“Once anything happens the club will let me know. In the meantime my focus is on the players that are here. If something happens later down the line then we’ll address it then.”