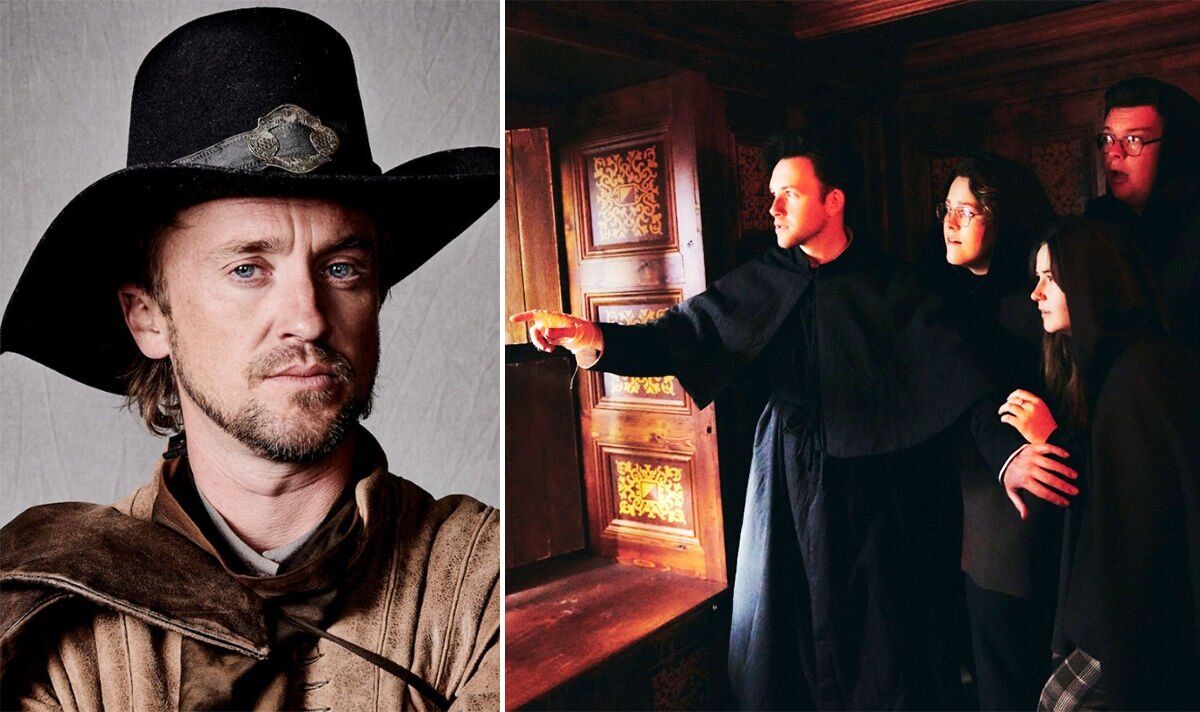 Immersive experiences are becoming all the rage following in the footsteps of the likes of Secret Cinema. But instead of entering the world of a movie, The Gunpowder Plot takes its participants deep inside Tower Hill Vaults right by the Tower of London, into the real history of 1605. Back then, the establishment Protestants persecuted minority Catholics and a radical group of the latter planned a conspiracy to blow up Parliament and King James I with it.

After a brief bit of background at the start of The Gunpowder Plot, which visitors need no prior knowledge of, our group were shown a door that was gloriously lit up around its frame like a fuse, lighting our entrance into the past – a wonderful effect that happens throughout.

Told we’re a group of Catholics, we found ourselves in a prison cell as one of its occupants shared his sad story. Yet it wasn’t long before we were whisked away by one of several incredibly convincing and talented actors throughout the dimly lit and totally immersive corridors of the world as it was in 1605.

On our journey across the 20,000 square feet installation, a fully 360 environment, we were given hooded robes to keep in the shadows and a mission to infiltrate the Gunpowder Plot no less. What was particularly enjoyable was having to decide whether or not to be a spy for the Crown or join the radicals in their bloody mission. Which will you choose?

Along the way, there are a few opportunities to put VR headsets on during this 17th-century adventure.

One of the most thrilling of these was busting a Catholic priest out of the Tower of London with a zip line, only to find when we’d taken the gadget off our heads that the scenery around us had changed and there before us was the minister in real life.

Next, in the spy master’s safe house we had to hide in a priest hole as hunters came knocking, looking for Catholic dissenters.

There’s even a chance during the interval to have a drink in The Duck and Drake tavern and discuss what moves to make next before heading on boats in VR to Parliament.

It’s safe to say The Gunpowder Plot is a fantastic immersive experience, although might be for older children and up due to the dark setting and occasional swearing from the character actors.

Certainly being what seems to be a more permanent attraction, this one is very much at the higher end in terms of budget and believability, from the sets to the quality of the live theatre. Explosive fun! To find out more and book tickets for The Gunpowder Plot immersive experience, click here.