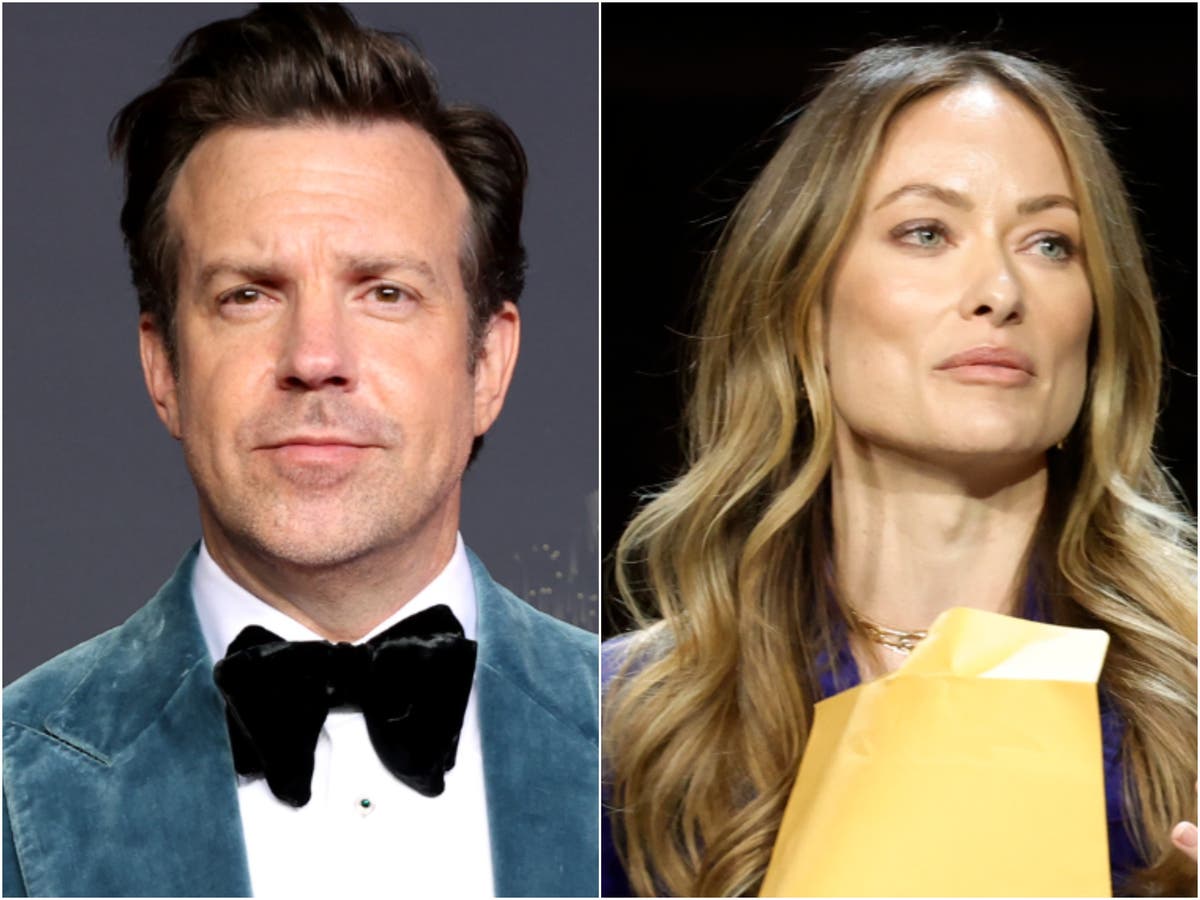 Jason Sudeikis’s custody claim against his ex partner Olivia Wilde has been dismissed.

The actor wanted the two children the pair share to live with him in New York, but a judge has now declared that their home state is California and his claim dismissed, according to papers seen by Page Six.

Earlier today it was reported that Wilde claimed her ex intentionally tried to “threaten” and “embarrass” her when she was unexpectedly handed custody papers on stage live at CinemaCon earlier this year.

According to legal filings obtained by The Daily Mail, Wilde and Sudeikis’s legal dispute came after they had originally continued to split custody of their children, alternating between one-week periods of “parental access” as they both divide their time between Los Angeles, New York, and London.

However, following a disagreement about where their children would live permanently, Sudeikis chose to file for custody in April of this year.

In her motion to dismiss the action, Wilde explained that they both had initially concurred to send their children to school in Los Angeles in the upcoming year because Sudeikis was nearing completion on the final season of his Apple TV+ comedy series Ted Lasso.

“Recently, however, Jason decided that he wanted to go to New York for the next year while he is not working, and wanted the children to be with him there during this time off,” Wilde detailed in her filing.

“When I did not agree, since the children have not lived in New York for several years, Jason filed these papers,” she added, referring to the “embarrassing” Las Vegas moment.

At the time, Wilde was presenting her forthcoming Styles-led thriller Don’t Worry Darling – expected to release on 23 September – to a crowd of film industry executives, when a court process server handed her custody papers.

“Jason’s actions were clearly intended to threaten me and catch me off guard. He could have served me discreetly, but instead he chose to serve me in the most aggressive manner possible,” Wilde wrote.

“The fact that Jason would embarrass me professionally and put our personal conflict on public display in this manner is extremely contrary to our children’s best interests.”

She added: “Since Jason has made it clear that we will not be able to work this out for our children’s sake outside of the court system, I filed a petition for custody in Los Angeles.”

In Sudeikis’s declaration to the court, he said that after wrapping on the Emmy-winning show in July, he intended to return to Brooklyn.

He further said he had hoped Wilde and their children would also return so that they could continue with their prior co-parenting arrangement.

Sudeikis now said he believes those plans are “unlikely to occur” since Wilde “insisted upon” living in LA with the children, in addition to disclosing future plans of moving to London.

He said at first he was “reluctant” to serve Wilde because he continues “to care deeply for her”. However, he claims he was spooked by her sentiments.

“First, Olivia said that if I did not reside full-time in Los Angeles, she would allow me to spend time with Otis and Daisy on weekends and during vacation periods – thus depriving me of my right to parent the children during important periods of their lives,” Sudeikis said.

“Second, Olivia said that she intended to relocate with the children to London following the close of school in 2023.”

Responding to the CinemaCon incident, he said he was “deeply upset” by the events and feels “great distress at the manner in which service was made”.

He went on to explain that due to multiple logistical mishaps, the server was unable to serve Wilde at the intended location of Heathrow Airport.

In a second failed attempt to serve her at the Las Vegas hotel where the event was located, the server then “noticed Olivia at the Warner Brothers Panel and proceeded to serve the Summons and Petition upon Olivia”.

“I understand that the process server had only done her job; however, I deeply regret what happened. Olivia’s talk was an important event for Olivia, both professionally and personally, and I am very, very sorry that the incident marred her special moment,” Sudeikis said.