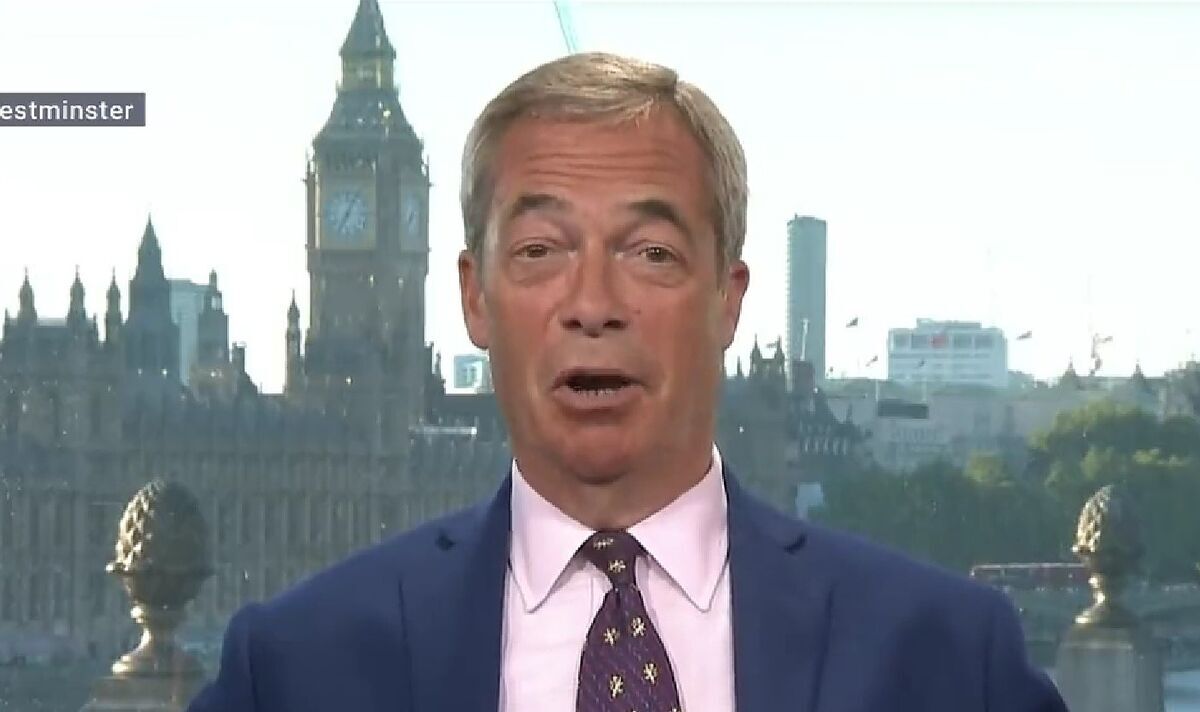 Donald Trump’s home in Mar-A-Lago was “raided” by the FBI yesterday, the ex-POTUS revealed in a statement. Neither the FBI or the Department of Justice have yet commented on the incident.

However, allies of the former President have since claimed it has strengthened the 76-year-old’s hand ahead of a potential bid for the White House in 2024.

Nigel Farage, who joined Mr Trump on the campaign trail in 2016 and 2020, claimed the 45th President had “threatened” the liberal order and they will do “whatever they can to stop him”.

Mr Farage argued that the raid, which reportedly saw agents look for documents that the New York-born billionaire had allegedly removed from the White House after leaving the Oval Office, would actually “make him far more popular”.

The former Brexit Party and UKIP leader also claimed that ever since the “orange man” launched a Presidential bid in 2016 there had been attempts to “delegitimise” him.

Mr Farage argued that these included the “Russia hoax” along with the Muller inquiry and two “utter[ly] false” impeachments.

He claimed: “Right until the moment he came down the escalator in Trump Tower, Donald Trump was a very popular figure with everybody in America.

“This astonishing man, real estate success the odd failure along the way and of course The Apprentice a mega programme in America.

“But as soon as the orange man threatened to take office everything changed.

“But they still haven’t stopped because overnight extraordinarily the FBI has raided Mar-A-Lago.

“There seeking documents from the oval office that they somehow think Trump has kept on his coffee table.

“Well, had he planned a coup on January 6, I doubt he’d have been stupid enough to keep the documents and certainly not to take them back to his home at Mar-A-Lago.

“The reaction to this has been quite astonishing.

“A lot of very fair-minded commentators saying this is a step too far.

“This is the democrats using the judiciary in a way that it was never designed to be.

“I have to say that I think it’s outrageous but I know why it’s happening.

“Because I was in Dallas on Saturday at that CPAC conference.

“I saw all the Trump nominees who won their primary contests last Tuesday.

“You can see the decline of Joe Biden, no obvious replacement within the democrats.

“And a growing feeling that Trump will run again in 2024 and maybe even win and they will do whatever they can to stop him.

“I think they’ve got this wrong. I think this will make Trump far more popular.”

Despite Mr Farage’s comments come despite Mr Trump not yet formally announcing his intention to run for the White House in 2024.

This is understood to be due to electoral laws.