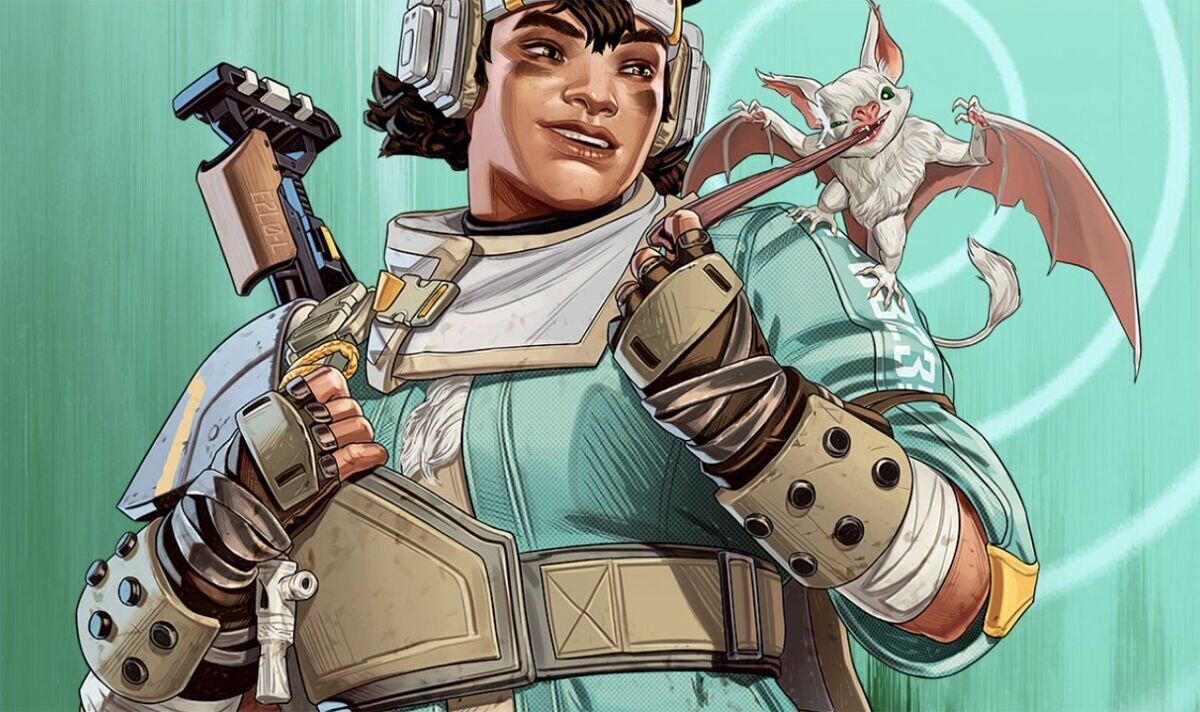 Apex Legends developer Respawn is getting ready to unleash a huge new update on PlayStation, Xbox, Nintendo Switch and PC. The next Apex Legends update has an August 9 release date and a 6pm BST UK launch time. The headline feature is the addition of a brand new character named Vantage. The sniper specialist can scope out enemies from a great distance, and use her winged companion to make up ground. As you can see from the patch notes below, the new update also makes changes to Kings Canyon, adding a new battleground for the Apex Games. Other new features include a level cap increase, as well as various quality of life improvements and balance changes. Read on for more about the Apex Legends Vantage update.

– Xiomara “Mara” Contreras is a survivalist who can see a threat coming from down her sniper scope from thousands of meters away.

– Born to a wrongfully-convicted criminal who gave birth to her alone on the barren ice planet Págos, Vantage has grown into the ultimate survivalist.

– Forced to live off a hostile land, she became unfathomably good with a scoped weapon.

– Aim down sights to scout with your eyepiece (unarmed or with mid- to long-range scopes) and use a bullet drop indicator to see where your shots will land.

– Position your winged companion Echo and then Launch towards him. Must have line of sight to Echo for Launch.

– Use your custom sniper rifle to mark enemy targets which applies a damage bonus for you and your team.

– In Season 5, Skull Town and Thunderdome were sunk by a massive explosion caused by Loba.

– Now that the Salvage operation is complete, the Syndicate has rebuilt the area for the Apex Games.

– Dredging machines have refilled the space with sand from the ocean floor, and a new battleground has been rebuilt with the iconic skull as its centerpiece.

– Players can now level past account level 500 through 3 additional tiers of 500 levels bringing the effective level maximum to Level 500 Tier 3.

– This increase adds 345 additional Apex Packs earnable via account leveling, and ensures that everyone can earn an heirloom just by playing the game.

– The total number of Apex Packs earnable via account leveling is now 544.

• “Winning” and “Champion” tags added to the scoreboard.

• Added ability to use “tap” interact prompts when they conflict with “hold” (e.g. reloading near downed teammates is now a lot more reliable on controller).

• Added flourish to the crafting materials in the top right of the HUD when they increase.

• Added a flourish to items if they become craftable while in the crafting station UI.

• Added accessibility switch for turning on and off TTS (Text-to-speech), defaulting to what your console or system has it set to (where available)

• When dropping from the dropship, the location of the POI player lands in is now displayed.

• Hipfire reticles now change size based on the FoV

• Fixed bug where canceling a Lifeline revive would cancel it for other teammates also being revived by Lifeline.

• Fix for issue where the buy menu would close each time a teammate completes a purchase/and or closes the buy menu.

• Fix for issue where Crypto’s heirloom animation audio would play globally when using a survey beacon.

• Fix for issue where players could sometimes get stuck while crouched between a Replicator and Black Market after crafting.

• Fixed bug where players could not unlock the “Fully Kitted” badge.

• Fix for issue for Legends losing functionality like meleeing, using an ability, etc, while mantling.

• Fix for bug where players could not switch ammo types for the C.A.R. SMG.

• Newcastle – fix for issue where Newcastle could get stuck in their Ultimate animation while riding a zipline.

• Newcastle – fix for cases where players wouldn’t take damage from ordnance or activate Caustic’s barrels when positioned between a Tactical Shield and its drone.

• Newcastle – fix for bug where throwable abilities placed on a Mobile Shield could float away after the Mobile Shield disappears.

• Wraith – fix for bug where Wraith would still take damage in the Ring while phasing.

• Fix for a reload bug with the Mastiff and 30-30 Repeater where players could not ADS until reloading animation was finished.

• Fixed an issue that could cause some stuttering and framerate spikes on consoles, especially PlayStation 5 and Xbox Series X/S.

• Fix for bug where the Dropship would sometimes spawn players outside the ship.

• Fixed a bug where Pathfinder’s zipline would be destroyed if placed on top of a respawn beacon and then the beacon was used.

• Fix for cases when a Heat Shield could disappear when set under a Respawn Beacon that is activated.

• Fix for a bug where Mirage decoys would not show up on scan for a few Legends.