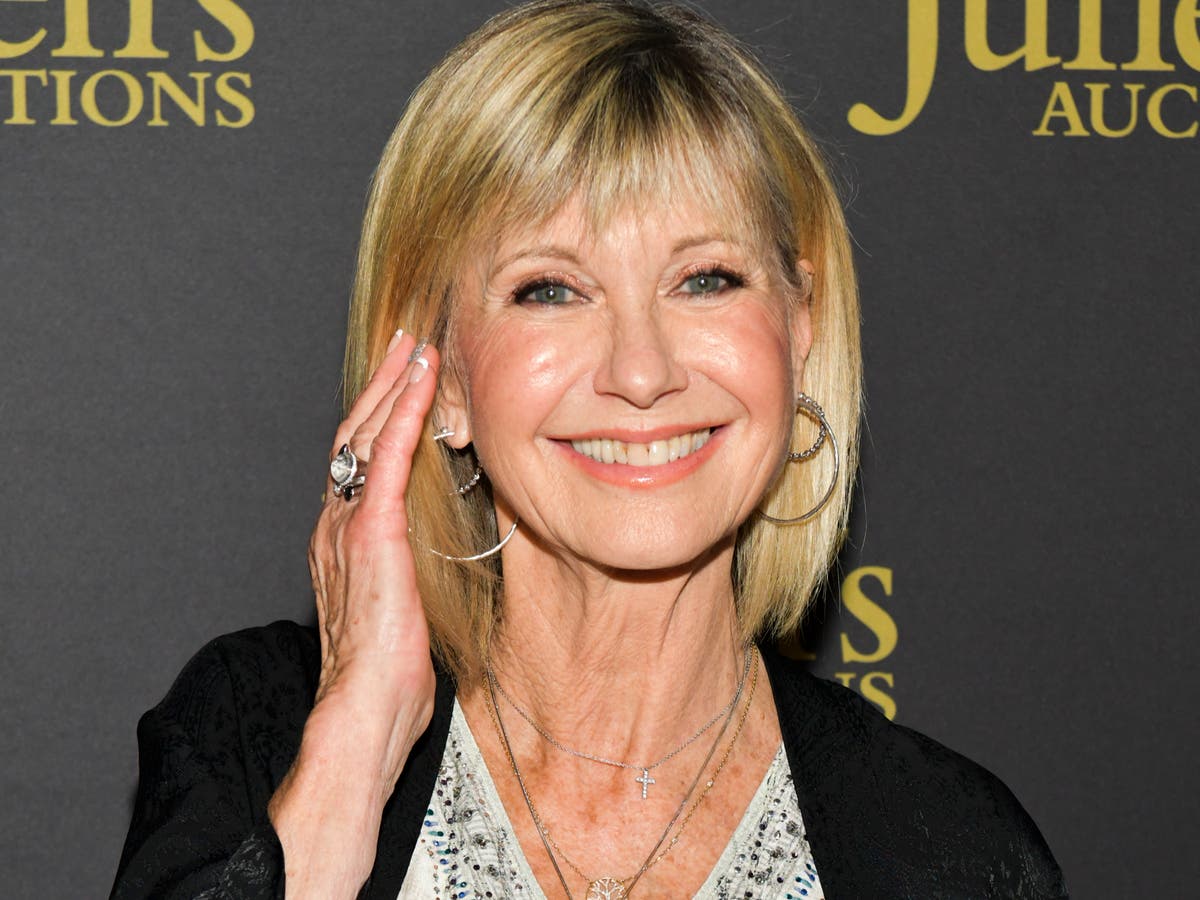 Olivia Newton-John has died from breast cancer at the age of 73.

The actor – best known for her role in the 1978 hit musical Grease – passed away on Monday morning at her home in southern California, according to her official Facebook page.

Follow live updates on the story, including tributes from costars and friends, here.

News of her death was shared by her husband John Easterling. “Dame Olivia Newton-John (73) passed away peacefully at her Ranch in southern California this morning, surrounded by family and friends,” said the statement. “We ask that everyone please respect the family’s privacy during this very difficult time.

Newton-John’s longstanding breast cancer status was reported as the cause of death, The statement added: “Olivia has been a symbol of triumphs and hope for over 30 years sharing her journey with breast cancer. Her healing inspiration and pioneering experience with plant medicine continues with the Olivia Newton-John Foundation Fund, dedicated to researching plant medicine and cancer.”

The actor, singer and activist was first diagnosed with breast cancer in 1992. In 2017 Newton-John revealed the breast cancer she had first suffered in 1992 had returned and had spread to her lower back, progressing to stage IV. She also had a second cancer diagnosis in 2013.

Newton-John was born in Cambridge in 1948. The youngest of three children, her family emigrated to Melbourne, Australia, when she was six years old.

She recorded her first single, “Till You Say You’ll Be Mine”, in 1966 and went on to tour with fellow singer Pat Carroll. Her first solo album, If Not for You, was released in 1971, and featured covers of songs by the likes of Bob Dylan and Gordon Lightfoot.

In 1974 she represented the UK in the Eurovision Song Contest, with “Long Live Love”, coming fourth to ABBA, who won with “Waterloo”.

Her career hit new heights in 1978, when she starred alongside John Travolta in the film adaptation of the musical Grease, which was the biggest film of the year. Newton-John was nominated for a Golden Globe for Best Actress in a Musical and performed “Hopelessly Devoted to You” at the Academy Awards.

Newton-John’s next film was 1980’s Xanadu. It was followed by her most successful studio album, 1981’s Physical. It was her 11th album.

In 1992, after the release of Back to Basics: The Essential Collection 1971–1992, Newton-John was diagnosed with breast cancer. After her recovery she became an advocate for various cancer charities.

A vocal campaigner for medical cannabis, she continued to record, releasing the single “Window in the Wall” in 2021.

She received her OBE in 1979 and DBE in 2020, for her services to charity, cancer research and entertainment.