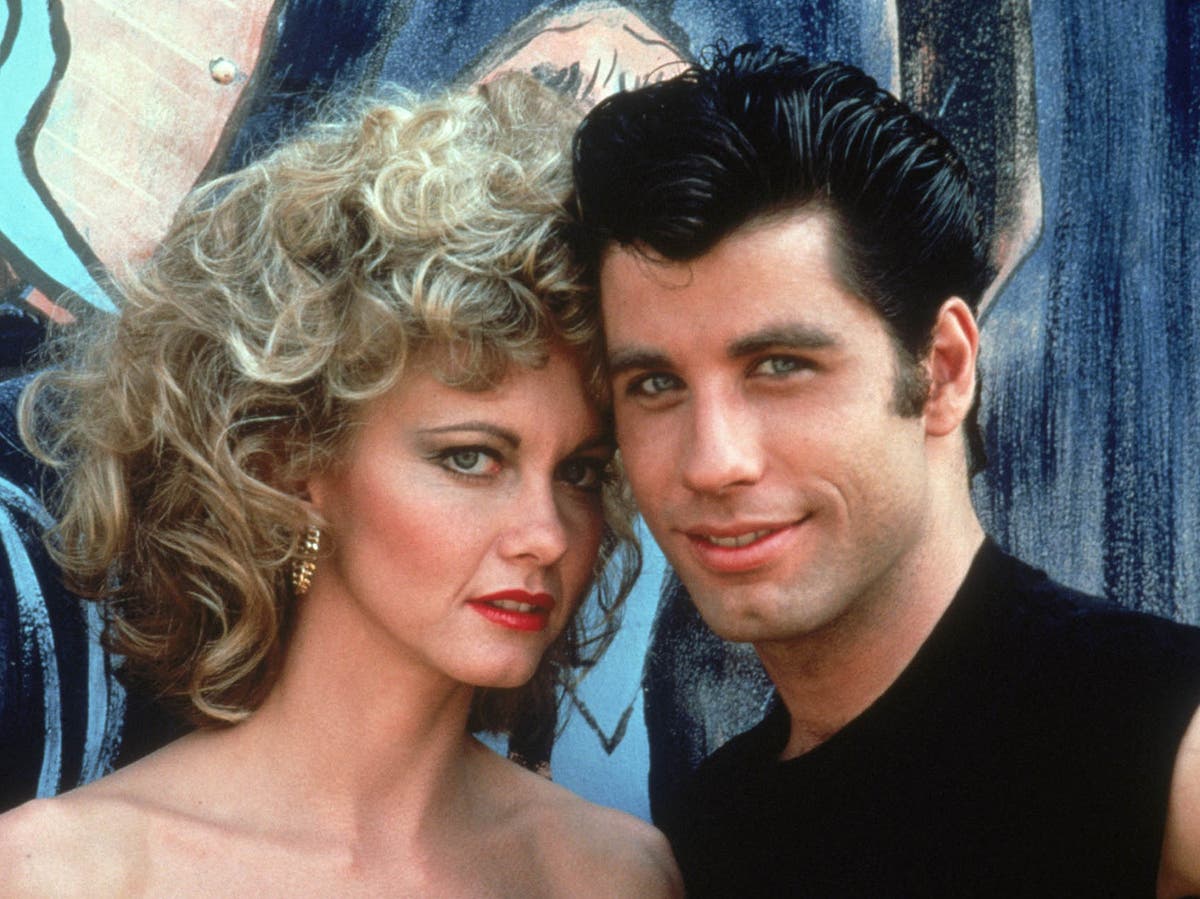 Everyone remembers cinema’s great love affairs. From When Harry Met Sally to Casablanca, Hollywood has always adored stories of two people finding their soulmate in the least likely of circumstances.

But things don’t always work out that way.

Some films opt to delve into the darker side of romance – of love affairs that quickly go sour and spiral into destruction.

Often, this is deliberate. Films such as Nicolas Roeg’s Bad Timing or Derek Cianfrance’s Blue Valentine steer viewers through the choppy waters of a toxic relationship. All you can do is watch through your fingers in horror as something once sacred goes painfully wrong.

Sometimes, however, the toxicity is entire accidental – a horrific mismatch of people that’s framed as a heartwarming love story (something that’s particularly prevalent in older films like Grease or The Breakfast Club, in which troubling relationships are scrutinised more harshly decades after release).

Here, then, is The Independent’s ranking of the 20 most toxic relationships ever seen in film….

It’s almost hard to pick the most toxic relationship from the smorgasbord of interconnecting romances in Love Actually. For my money, it’s probably the queasy relationship between Hugh Grant’s prime minister and junior staffer Martine McCutcheon. But there’s a wealth of choice here otherwise.

Wong Kar Wai, perhaps cinema’s foremost trafficker of unfulfilled romantic yearning, depicted a chaotic love affair between two Hong Kong men (Leslie Cheung and Tony Leung) in Argentina, in this modern queer classic. Happy Together is by turns funny and tragic, an idiosyncratic take on a strange and destructive relationship.

I don’t think I’d be sticking my head too far above the parapet of age-gap discourse to suggest there’s something iffy about a 100-year-old vampire dating a teenage schoolgirl. The Twilight films are defiantly sentimental about Bella (Kristen Stewart) and Edward’s (Robert Pattinson) romance, but there’s no shaking the fact that theirs is a deeply toxic one.

Another film that could have easily been titled “Toxic Relationship: The Movie”, 2018 Polish drama Cold War tracks the torrid romance between a talented young singer (Joanna Kulig) and a musical director (Tomasz Kot). There are moments of beauty and poignance in there, but mostly just the uneasy feeling of watching two people tailspin in mutually unhappy passion.

The 1999 teen romcom She’s All That was a fast hit when it first came out, but the years have not been kind to its central relationship. Freddie Prinze Jr plays high-school jock Zack Siler, while Rachael Leigh Cook is Laney Boggs, the gauche loner who, against the odds, wins his affections – but only after physically reinventing herself with a drastic makeover.

One of the many, many problematic romcoms from the Nineties-Noughties rom-com genre boom, How to Lose a Guy in 10 Days centres on a pretty shameful relationship between Kate Hudson and Matthew McConaughey. With both parties manipulating and deceiving the other throughout, the film also promotes a number of lazy gendered cliches about dating.

There are moments of real gut-wrenching vitriol between feuding spouses Adam Driver and Scarlett Johansson in Noah Baumbach’s Oscar-winning 2019 drama. Even though the scene has been memed into oblivion, there’s no denying the visceral unpleasantness to watching Adam Driver spit the words, “Everyday I wake up and I hope you‘re dead,” at the mother of his child.

Much of John Hughes’s oeuvre could probably feature on this list; from Weird Science to Sixteen Candles, his teen comedies are peppered with inappropriate, toxic or downright reprehensible romances. But for many, it’s The Breakfast Club that irks the most, specifically the getting-together of the boorish, sexually harrassive John Bender (Judd Nelson) and Claire Standish (Molly Ringwald). Ringwald later admitted as much, reevaluating the film’s troubling romance in an essay for the New Yorker.

Derek Cianfrance’s 2010 drama tracked the highs and lows of a turbulent relationship between a nurse (Michelle Williams) and a volatile blue-collar worker (Ryan Gosling). Intimate and heartbreaking, Blue Valentine presents its destructive central relationship with a near-unparallelled candour; the breakdown stings all the more because the courtship is so winningly heartfelt.

Whether or not you subscribe to the idea that opposites attract, there’s more at play than just warring sensibilities in Nora Ephron’s 1998 romcom You’ve Got Mail. Tom Hanks’s character, Joe Fox, is a pure, corporatised asshole; Megan Ryan plays his unwitting pen pal, a quietly melancholy bookshop idealist. Adapted from the 1930s classic The Shop Around the Corner, Ephron makes the whole thing nastier and more jaded, and the central relationship here is littered with red flags.

7. Beauty and the Beast

You’d think classic children’s films would be careful not to instill dangerous ideas about romance to young viewers, but all too often, that’s not the case. Beauty and the Beast is one of the worst offenders, depicting a hugely problematic romance between the young Belle and her captor, the Beast. It’s Stockholm syndrome framed as true love: a story that gets worse the more you unpack it.

Chris Pratt makes for an ethically dubious hero in this 2016 sci-fi romance. After being woken prematurely from hypersleep aboard a decades-long space flight, he decides to wake up Jennifer Lawrence to keep him company – dooming her to a life of isolated co-dependency aboard an empty space vessel. It’s ultimately framed as a touching romance, but make no mistake: this is rotten to its core.

There’s much that’s aged poorly about Grease, from the throwaway date rape joke to the bizarre over-aged casting. But the central romance – between dewy-eyed Sandy (Olivia Newton-John) and leather-jacketed Danny (John Travolta) – is probably the worst of the lot. The film ends with a pretty terrible message, as Sandy reinvents her whole personhood just to please her beau.

It might seem like an understatement to describe Art Garfunkel and Theresa Russell’s romance in Nic Roeg’s 1980 drama as a “toxic relationship” – the film ends with one of the most horror-inducing scenes of sexual violence ever comitted to screen. But for most of its runtime, Bad Timing is a fascinating portrait of a doomed, turbulent love affair.

While David Fincher’s 2014 thriller keeps you guessing throughout much of its runtime, one thing becomes clear pretty early on – Nick (Ben Affleck) and Amy’s (Rosamund Pike) relationship was not remotely a healthy one. Though few could predict the extreme, and murderous, depths to which Amy ended up sinking, the Dunnes’ marriage is a spectacle of car-crash suburban toxicity from start to finish.

Sure, there are lots of great (and not-so-great) films about toxic romances. But how many inspired their own now-ubiquitous – and dictionary-certified – piece of socio-romantic jargon? Charles Boyer plays a husband who deviously manipulates his wife (Ingrid Bergman) into thinking she is going crazy. If only they had a word for it back then…

The toxic relationship movie to end all toxic relationship movies, Mike Nichols’s 1966 adaptation of Edward Albee’s acerbic play is a tour-de-force of marital dysfunction. Elizabeth Taylor and James Burton – then really married at the time – play a husband and wife whose marriage has collapsed into a state of poisonous passive-aggression. George Segal and Sandy Dennis, meanwhile, play a young couple trapped in the dinner party from hell.