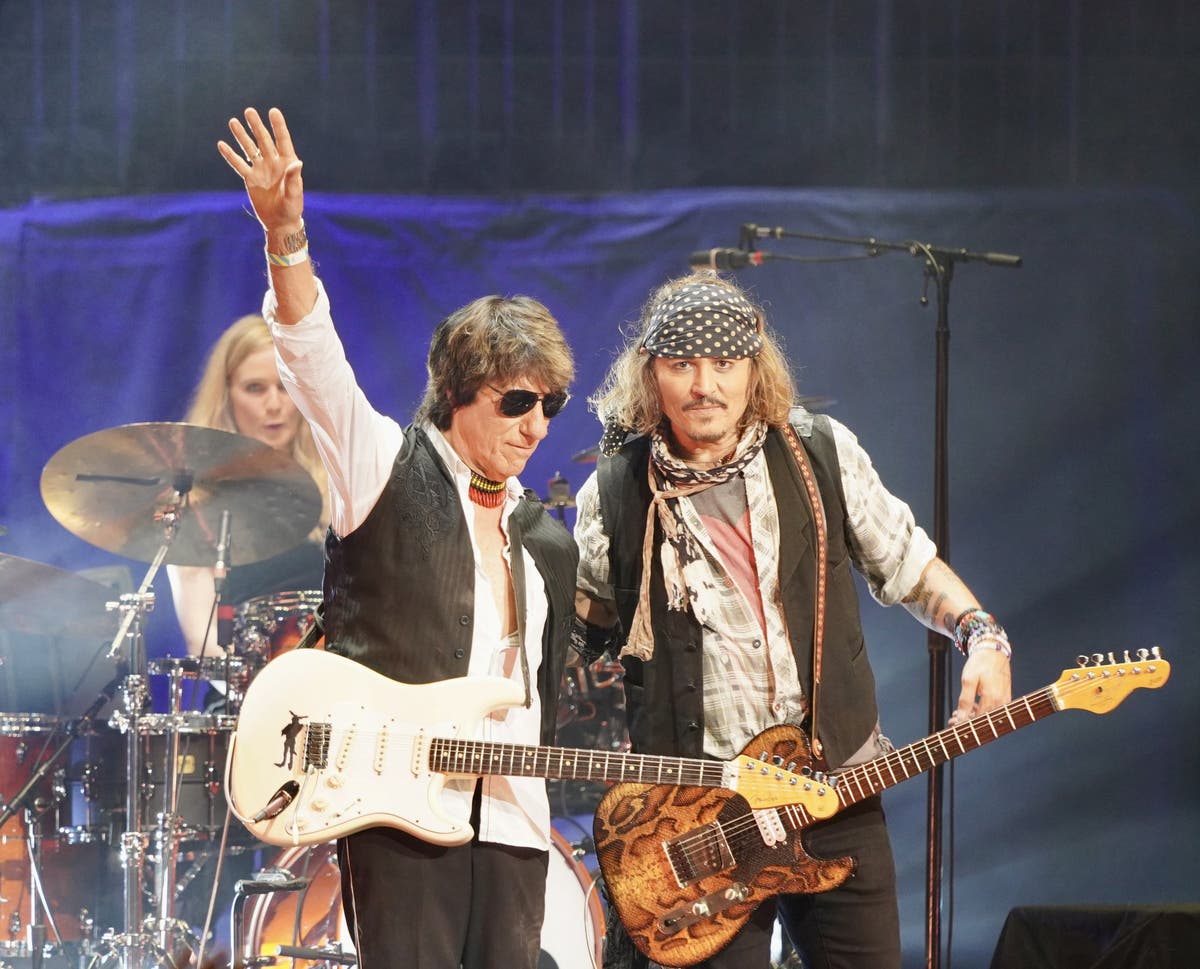 Johnny Depp and Jeff Beck have been accused of stealing lyrics from a poem and using them on their joint album 18.

Their song “Sad Motherf***in’ Parade” allegedly takes several lines from “Hobo Ben”, a poem and song by Slim Wilson, the alias of a man who served time for murder and armed robbery.

According to Rolling Stone, the lines pulled from the poem include “I’m raggedy, I know, but I have no stink”, “God bless the lady that’ll buy me a drink”, and “What that funky mother***er really needs, child, is a bath”.

The line that seemingly gives the song its title was also allegedly lifted from Wilson’s poem: “You better try to keep you ass in this corner of shade/’cause if the Man come you make a sad mother***in parade.”

In 1964, while Wilson was in Missouri State Penitentiary, folklorist Bruce Jackson documented his poetry and published it in his 1974 book Get Your Ass in the Water and Swim Like Me.

Jackson told Rolling Stone: “The only two lines I could find in the whole piece that [Depp and Beck] contributed are ‘Big time mother***er’ and ‘Bust it down to my level’. Everything else is from Slim’s performance in my book.”

He added: “I’ve never encountered anything like this. I’ve been publishing stuff for 50 years, and this is the first time anybody has just ripped something off and put his own name on it.”

On the album, Beck and Depp are credited as the sole songwriters. The Independent has contacted representatives for both of them for comment. Wilson’s whereabouts are not currently known.

Jackson’s son, Michael Lee Jackson, said he is exploring what their legal options are. “They do not reflect the actual authorship of those lyrics,” he said.

“It’s just not plausible, in my opinion, that Johnny Depp or anybody else could have sat down and crafted those lyrics without almost wholly taking them from some version of my father’s recording and/or book where they appeared.”

While Jackson does not claim authorship of “Hobo Ben”, he does own a copyright to his transcriptions as recorded in his book.

Kevin J Greene, a lawyer known for his extensive work on Black music and copyright law, told Rolling Stone it is possible that Depp and Beck could be “shamed” into giving some credit and compensation, “particularly in this post-George Floyd era”.

It was recently revealed that Depp’s assistant admitted that the Hollywood star allegedly “kicked” Amber Heard in the head in text messages that were excluded from the former couple’s defamation trial.

More than 6,000 previously sealed pages in the case, which made headlines around the world as it was televised, were made public over the weekend, according to a report in The Daily Beast.

The US defamation trial began on 11 April in Fairfax, Virginia, and stemmed from a complaint filed in March 2019 by Depp against his ex-wife.

Depp alleged that Heard had defamed him in an op-ed published in The Washington Post, in which she described herself as “a public figure representing domestic abuse”. Heard filed a counter-suit in November 2020, asking to be granted immunity against Depp’s claims.

On 1 June, a jury overwhelmingly found in Depp’s favour that Heard had defamed Depp in three statements. Jurors also found that an attorney for Depp defamed Heard in one of three statements highlighted in her counter-suit. Depp was awarded $10.35m in damages, while Heard was awarded $2m.

They have both appealed the jury’s awards against them.