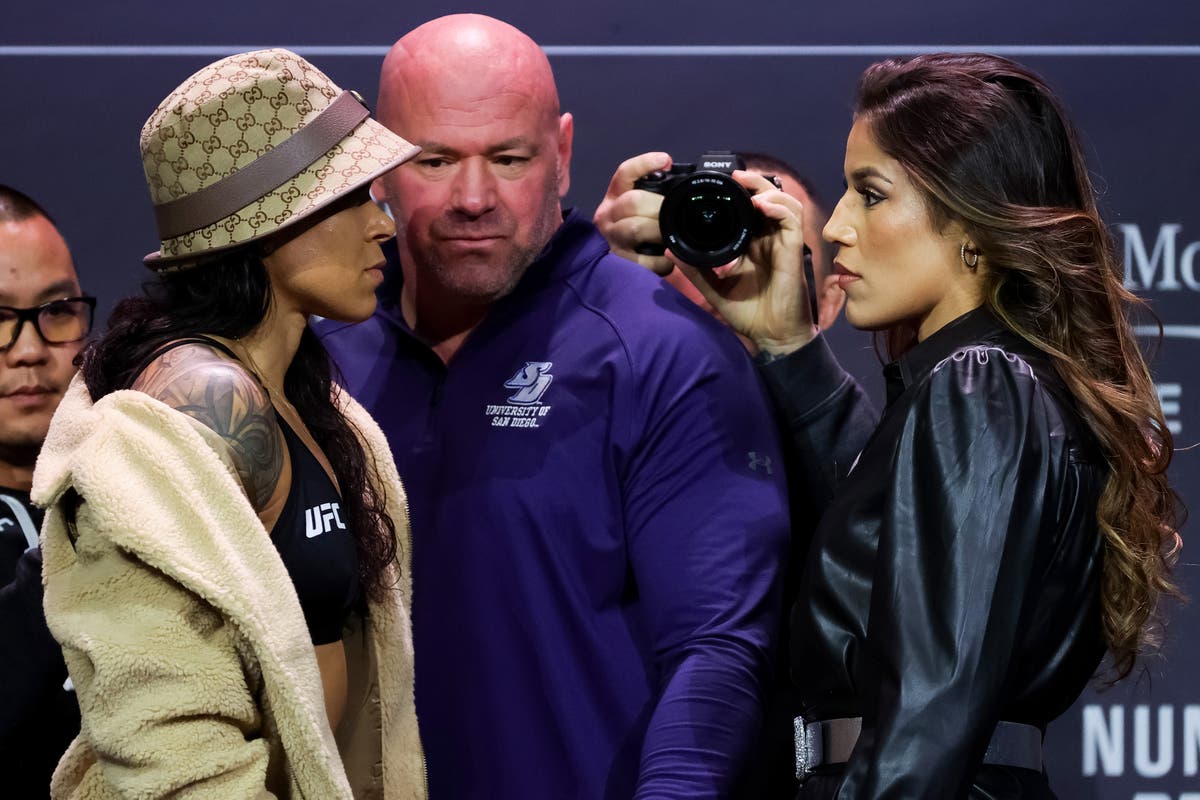 Amanda Nunes will try to regain the UFC women’s bantamweight title in the main event of UFC 277 this weekend, as she takes on the woman who dethroned her in an immediate rematch.

Julianna Pena submitted Nunes in the second round in December, taking the gold from the Brazilian in one of the most shocking results in UFC history.

Now the American will look to prove that her stunning victory was no fluke, while featherweight champion Nunes seeks to put things right and regain her status as a dual-weight title holder.

The pair’s rematch follows another title fight, a rematch between former flyweight champion Brandon Moreno and Kai Kara-France to crown an interim title holder at 125lbs. Moreno dethroned Deiveson Figueiredo last year after drawing with the Brazilian in 2020, but the Mexican lost the pair’s trilogy bout this January to drop the gold.