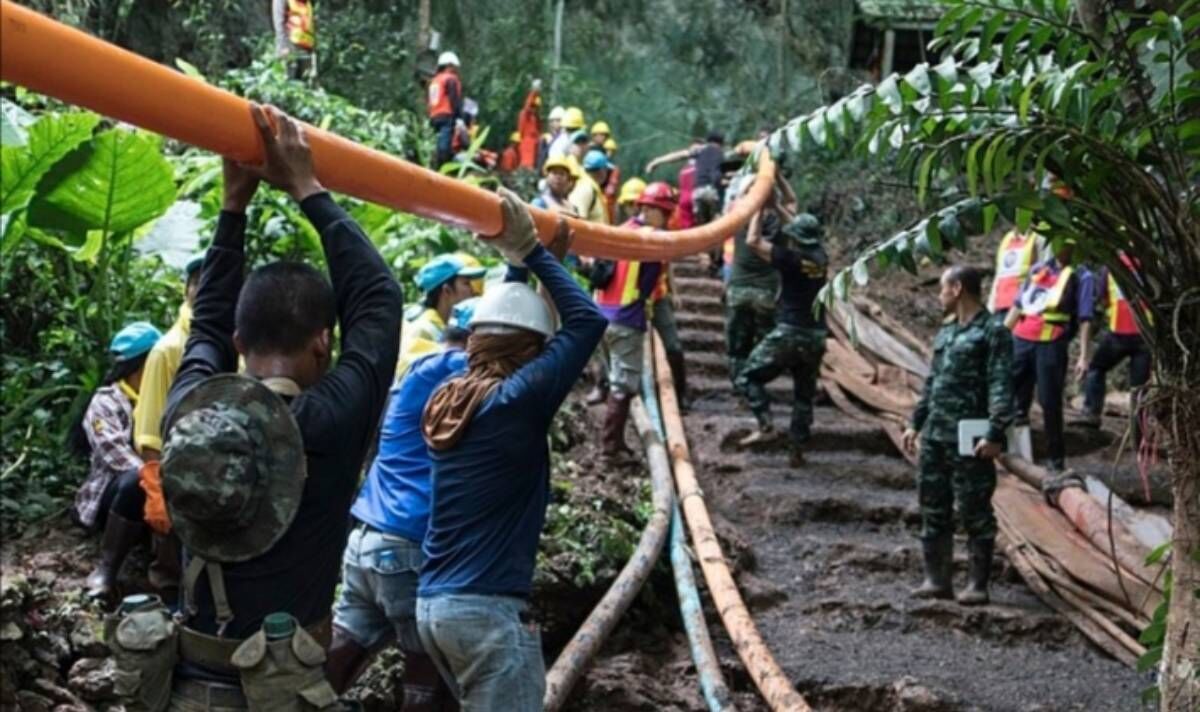 As with that space-disaster movie, Howard adds suspense to an outcome we already know. In 2018, 12 teenage boys and their football coach were rescued from a flooded cave in northern Thailand. Howard doesn’t attempt to add any Hollywood melodrama. The former Happy Days actor just lets the facts do the talking. It’s the film’s strength but also its weakness.

In a straightforward opening scene, we follow a children’s football team as they take a post-training bike ride to the Tham Luang caves.

Howard shows no interest in delving into their backgrounds or showing us how they got trapped so deeply in the cave system during a flash flood.

Instead, the film quickly moves on to the media furore and attempts to rescue them.

As villagers toil on the mountainside to divert water from the cave, Thai Navy SEALs make a failed rescue attempt.

After several attempts, it’s these “old men” (according to the SEALs) who first reach the boys after a gruelling dive through tight passages and past sharp rocks.

But their parents’ celebrations worry Stanton. Getting the boys out alive will be an almost impossible feat.

He brings over another diver, Australian anesthesiologist Richard “Harry” Harris (Joel Edgerton), who is given the terrifying task of sedating each boy so their unconscious bodies float through cramped tunnels. It’s a brave plan fraught with danger.

Howard’s film grips but, if you want to understand the pressures endured by these divers, the documentary The Rescue is a tense and deeper take on the same tale.