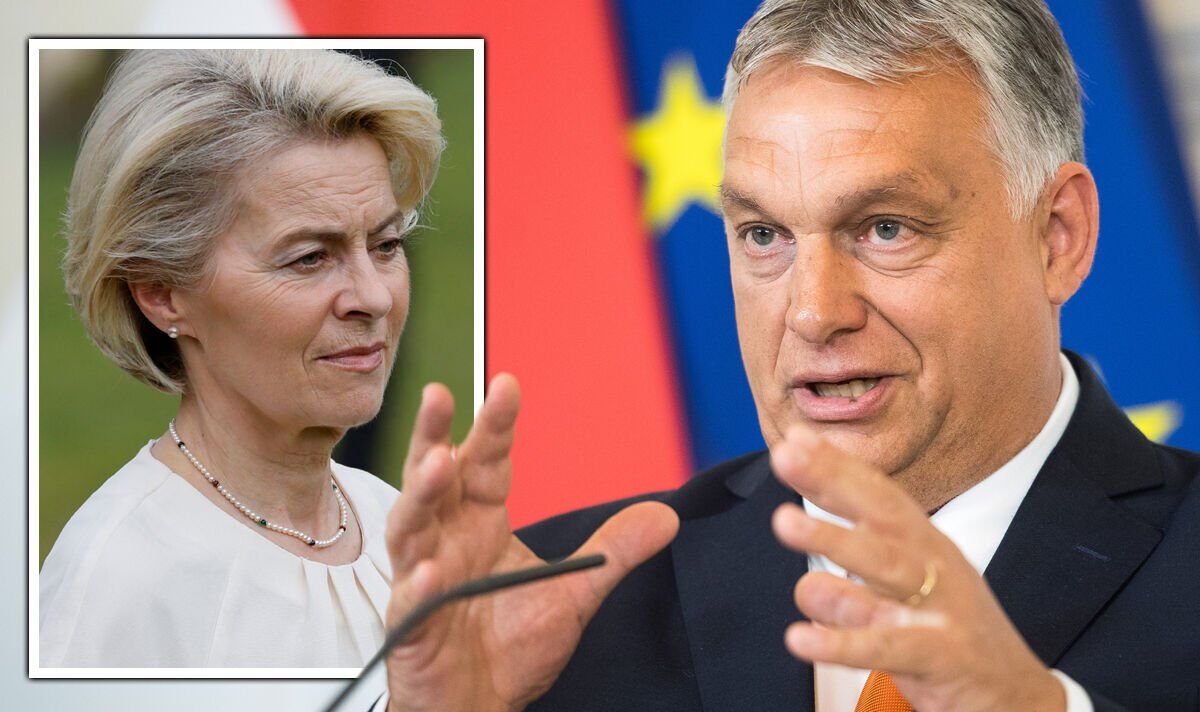 In a press conference in the Austrian capital, the rightwing Mr Orban, who won a massive election victory earlier this year, was asked about plans for EU citizens to use less energy.

In a stiff rebuttal of the proposals, the official briefing sent by the Hungarian Government noted: “The Prime Minister pointed out that each country sets the energy mix at the national level, and Brussels should not interfere in this. At the same time, European unity is also important: ‘We take note of the decision, which is unfavourable to us, and will try to implement it with the least possible damage to our country,’ he said.”

He later shot another warning to Ms von der Leyen that she should not try to remove sovereign power from member states, noting: “The EU is not in Brussels, but in Vienna, Budapest, Madrid, or Berlin.”

The answer has confirmed the EU remains far from united over how to handle the war in Ukraine leading to further fears it will fracture in maintaining sanctions against Russia.

Currently, the majority of Hungary’s gas and electricity comes from Russia or Russian nuclear technology which senior government officials have admitted means the “lights would go out” if the supply was cut off.

But in another part of the press conference, Mr Orban made it clear that he is now pushing for a change of strategy which could see the EU compromising with Russia.

“On the sanctions against Russia, he noted that ‘we need to convince Brussels as soon as possible to come up with a strategy that is good for Ukrainians, for the EU, and for households.’ He added that “Hungary has been able to reach an agreement with the EU on all sanctions issues,” with the only red line being the gas embargo, which should be avoided.”

Meanwhile, Chancellor Nehammer said the Austrian position is to become independent from Russia in the energy sector, adding that he shares the Hungarian prime minister’s view that little practical progress had been made at the EU level and that a common gas procurement system between member states would be necessary.

He noted that the gas embargo was not an option either because it would bring down German industry, which would drag the Austrian economy down with it as well.