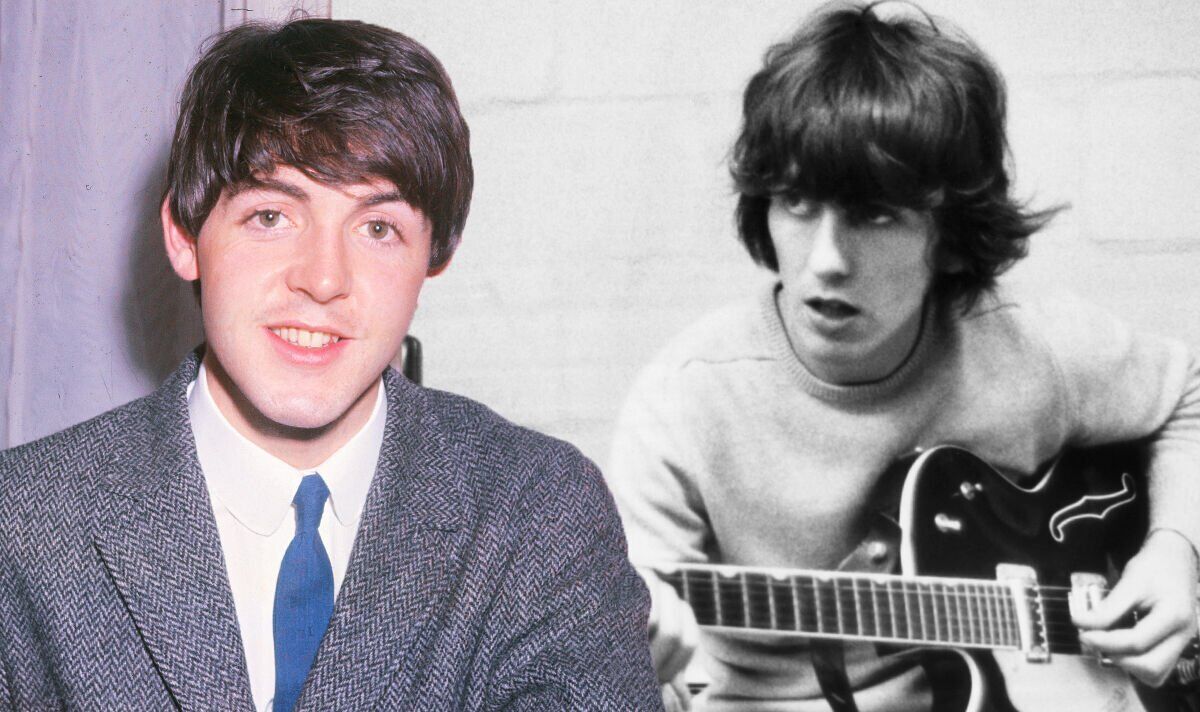 Two members of The Beatles – Paul McCartney and George Harrison – went to school together, while John Lennon went to the art college next door. So the band were never too far from one another.

McCartney once looked back on his troubled childhood in an interview in the 1980s. He spoke about how his teacher would beat him and Harrison when they were naughty. But one day their perspective of the punishment changed.

McCartney explained he did “occasionally” get caned while he was in school. Eventually, his friends were punished as well just for knowing him.

“They used to cane us,” McCartney recalled. “Six of the best kinda thing. But, erm, I remember this time George got caned, George Harrison, because we were mates at school.”

He was adamant, however, that “they never really did anything wrong”.

Despite this, Harrison was punished quite badly.

McCartney remembered: “So George got done once and the teacher missed him and got him [on his wrist] and he had a couple of wheels come up here – you know, those rash things.”

The marks on Harrison’s body did not go unnoticed at home, however. McCartney remembered the star’s dad was furious.

“He went home and he was having his tea with his dad,” McCartney said. “And they’re all talking about how it went at school: his dad said: ‘What’s that?’ – he saw these things that had come up – and George told him: ‘Teacher’.”

So, the next day, Harrison’s dad went to school with the youngster and requested the presence of his teacher with a face like thunder.

READ MORE: Mick Jagger was ‘sick with envy’ over The Beatles’ iconic track

Unfortunately, McCartney’s father didn’t give his son the same treatment back home.

He remembered a similar interaction with his father: “I used to tell my dad that I got caned and he’d say: ‘Well you probably did something wrong.'”

Despite this troubling image, McCartney had nothing but great memories of going to school with his pals.

McCartney later said: “The memory of the school. I always think, is very important, because I say to people: ‘Half The Beatles went there!’ Me and George went to that school and John went to the art school next door, which is now part of Lipa [Liverpool Institute for Performing Arts], so three quarters of The Beatles, in one way or another, are connected to Lipa.”

McCartney went on: “That always hits me. Whenever I do a speech at the graduation, I always remember my mum and dad coming to events at the school when we were kids, like speech day, and your mum and dad would be there all proud of you and stuff, so when I’m standing there, talking to all the parents and all the kids, I get quite emotional.

“I’ve got a million memories in that place and most of them are great, most of them are lovely. I was very lucky, I had a great family. I don’t remember anyone ever getting divorced or anyone being weird. There were a few drunks, but outside of that, it seems to be a very loving family. So I have a lot of very affectionate memories of that time and of those people.”