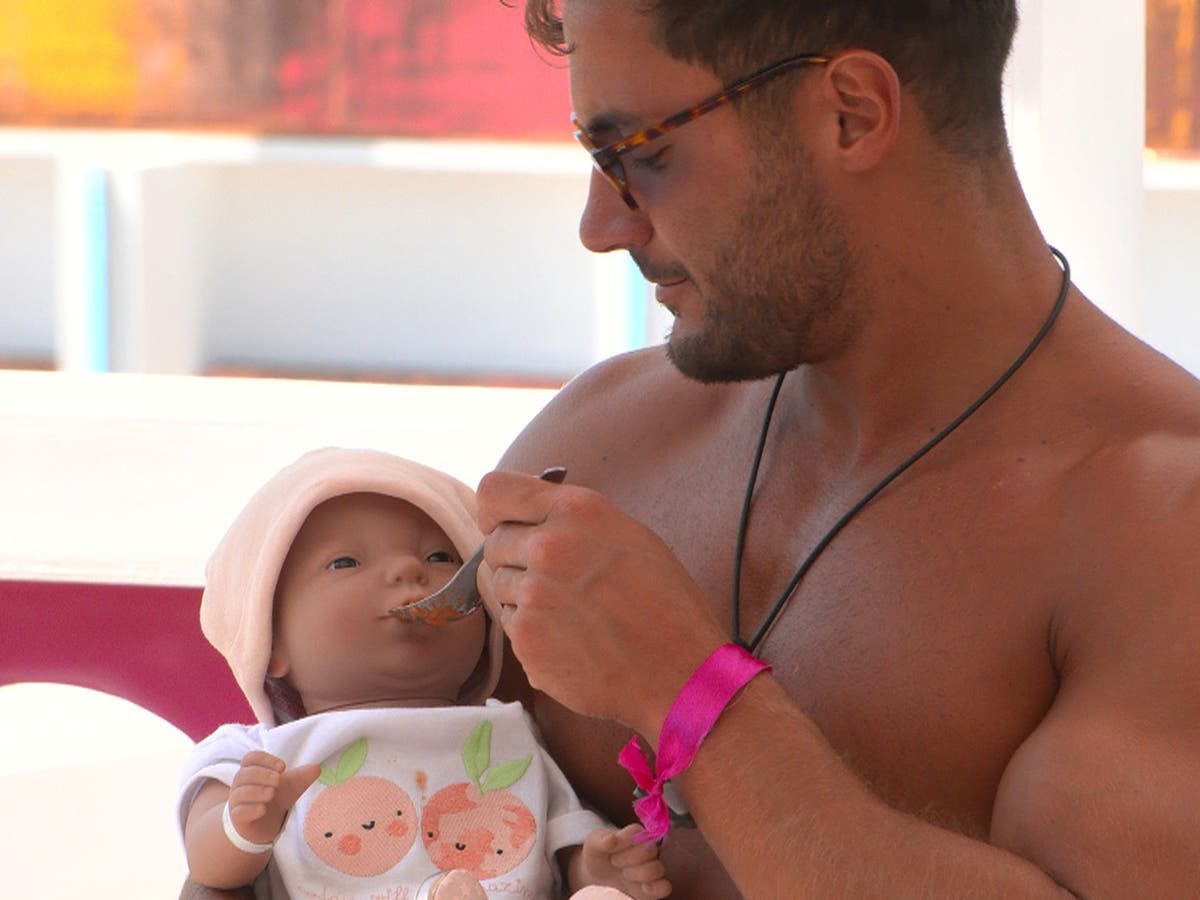 Love Island viewers have fallen even more in love with fan-favourite Davide after his performance in the baby challenge on Wednesday night (27 July).

Every year, the islanders are given baby dolls to name, dress, feed, comfort and play with, putting their skills as parents to the test, with an award for the best parents up for grabs at the end of the day.

Davide had some interesting interactions with his and Ekin-Su’s baby, which they named Irene. He applied suncream to her face, took her to the gym where “papa Davide trains”, made her a “detox smoothie”, put makeup on her, and gave her a tour of the villa.

Fans of the show were left swooning – and cracking up.

“I love this man,” tweeted one viewer.

“Davide saying that he gave the baby a detox smoothie is the most davide thing he’s ever said,” added a third.

Many viewers loved the moment when Davide took the baby to the terrace (where Ekin-Su did her infamous crawl for a secret kiss with Jay earlier in the series).

“Davide saying, ‘Here’s the terrace, where the mum has been bad,’ and the baby crying harder, this is COMEDY,” tweeted one fan.

“’Yes baby let’s go out, we don’t like the terracem.’ Davide stop,” added another, with crying-laughing emojis.

In the end, Dami and Indiyah were crowned the best parents this year.

Two contestants were dumped from the villa in tonight’s episode after a public vote left three couples vulnerable.