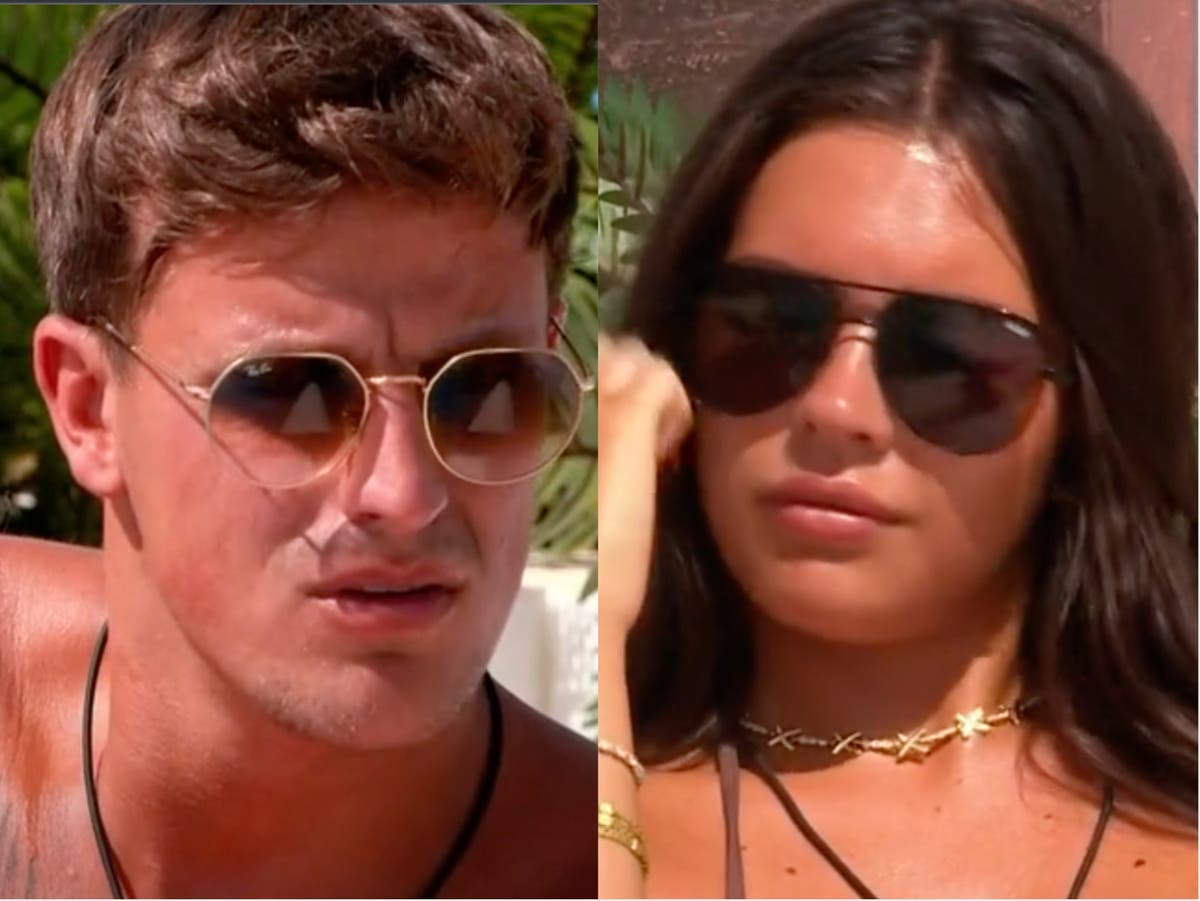 Love Island fans are in disbelief that Gemma and Luca didn’t end up in the bottom three in the latest public vote.

The pair spent the majority of Tuesday night’s episode (26 July) arguing after the Mile High challenge, which saw the girls put on air hostess-themed performances for the boys.

During Gemma’s dance, she licked several of the boys’ chests and necks.

Luca struggled to hide that he didn’t like seeing Gemma do this, leading to her confront him about having “a face like a slapped arse” after the challenge.

At first, Luca denied being annoyed about the licking, which infuriated Gemma.

At one point, Luca stormed out and chucked his microphone.

At the end of the episode, it was announced that the public had been voting for their favourite couple, meaning the couple with the fewest votes risk being dumped from the island.

The three couples with the fewest votes were: Jamie and Danica, Dami and Indiyah, and Adam and Paige.

We won’t find out who was the least popular until tomorrow’s episode (27 July), but fans are already fuming that Gemma and Luca weren’t in the bottom three.

“This s*** is so rigged how are Luca and Gemma not in the bottom three,” tweeted one person.

“CAN WE PLEASE GET GEMMA AND LUCA IN THAT BOTTOM THREE JUST THIS ONCE I’M TIRED,” added another.

“You’re telling me Indiyah and Dami in the bottom three but not Gemma and Luca?!” posted a third.

A fourth said: “LUCA AND GEMMA VOTERS REVEAL YOURSELF.”

Love Island airs nightly (except Saturdays) at 9pm on ITV2.