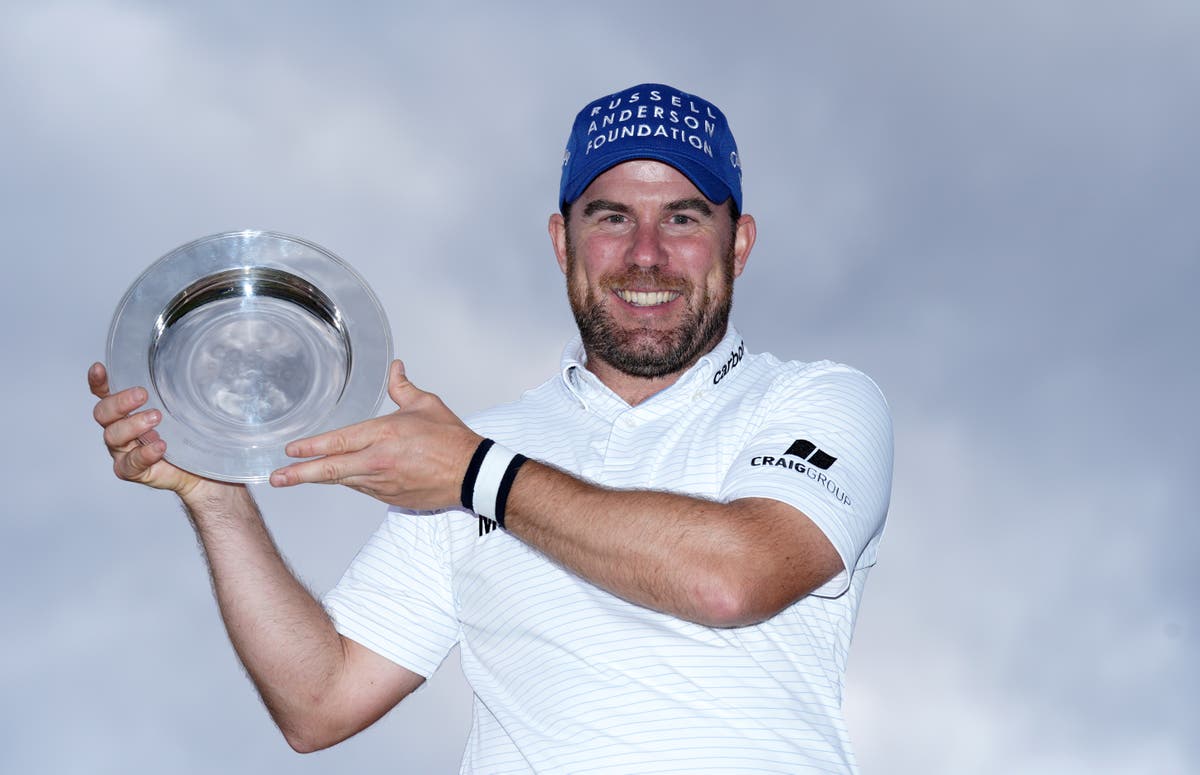 An emotional Richie Ramsay dedicated his Cazoo Classic victory to daughter Olivia after holing an eight-foot putt on Hillside’s 18th hole to win his first tournament in six years.

The Scot produced a brilliant finish, with three birdies in the last five holes, but it was a two-putt from the front of the green which secured a round of 69 for a 14-under-par total and a one-shot victory over Paul Waring which started the tears flowing.

Ramsay had promised his daughter he would win a trophy for her as he had not tasted victory since she was born and had collapsed on the final hole in May’s British Masters at The Belfry, when he held a one-shot lead only to “duff” his second shot into the water from the middle of the 18th fairway and finish with a double-bogey six.

“Maybe I haven’t been in a good place the last couple of years, but the biggest thing was that I made a promise to my daughter and I don’t break promises to her,” he told Sky Sports.

“I said I’d get her a trophy. I haven’t won since my daughter was born and that’s six years. That one is for Olivia. Hopefully she is watching.

“It feels unbelievable, the relief. I kept believing, I knew my game was good.

“I know about what happened at The Belfry, but it is links golf and I feel I always have an advantage when I play links golf and there is nothing better than holing a putt under the gun with the tournament on the line.

“The way I did it, to hole that putt at the last – hours and hours of practice and it comes down to one shot.

“No matter what happens now I’ll remember it for the rest of my life.”

Ramsay, and to a lesser extent Waring, took advantage of more sloppy golf from overnight leader Julien Guerrier in Southport.

The Frenchman, who bogeyed his final hole of round three, had extended his advantage by two to lead by three at the turn but then had three bogeys in his final six holes to throw away his chance.

Waring, with three birdies in his last eight holes, set the clubhouse lead at 13 under after a round of 70 and, although he was surpassed by Ramsay, the Wirral golfer from Birkenhead, 30 miles down the road, moved up 88 places to just outside the top 60 in the DP World Tour rankings.