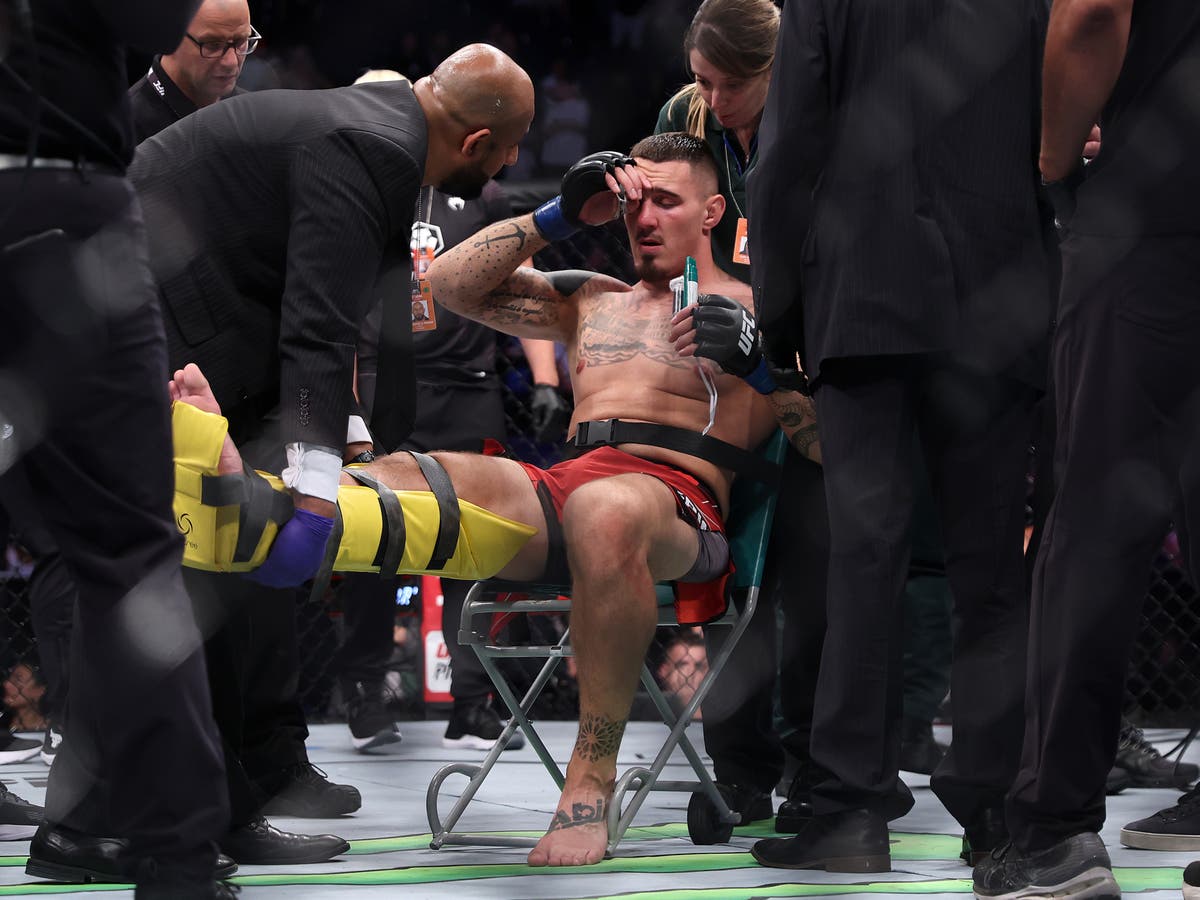 Paddy Pimblett was once again the star of UFC London, four months after the MMA promotion’s last trip to the English capital, submitting Jordan Leavitt in the second round before fellow Briton Tom Aspinall suffered a knee injury just seconds into the main event.

Pimblett, who entered the O2 Arena with a 2-0 record in the UFC after two first-round stoppage wins, was largely outwrestled by Leavitt in the first round of their fight on Saturday night, but the Liverpudlian kept his composure to set up the finish in Round 2. Pimblett, 27, dropped Leavitt with a knee in the clinch as both lightweights grappled along the fence, and “Paddy The Baddy” quickly took the American’s back before locking in a rear naked choke. Leavitt soon tapped out, sending the O2 into raptures in a similar fashion to how the crowd reacted to Pimblett’s submission of Rodrigo Vargas in March.

Later in the night, the highly-anticipated heavyweight main event between Wigan’s Aspinall and American Curtis Blaydes ended after just 15 seconds, when the Briton’s knee gave way after he had thrown a leg kick. Aspinall collapsed to the canvas, and referee Herb Dean waved off the fight, before Blaydes was declared the winner by TKO once a wincing Aspinall, 29, had finally gotten back to his feet with his leg in a brace. Re-live updates and see all results from UFC London, below.