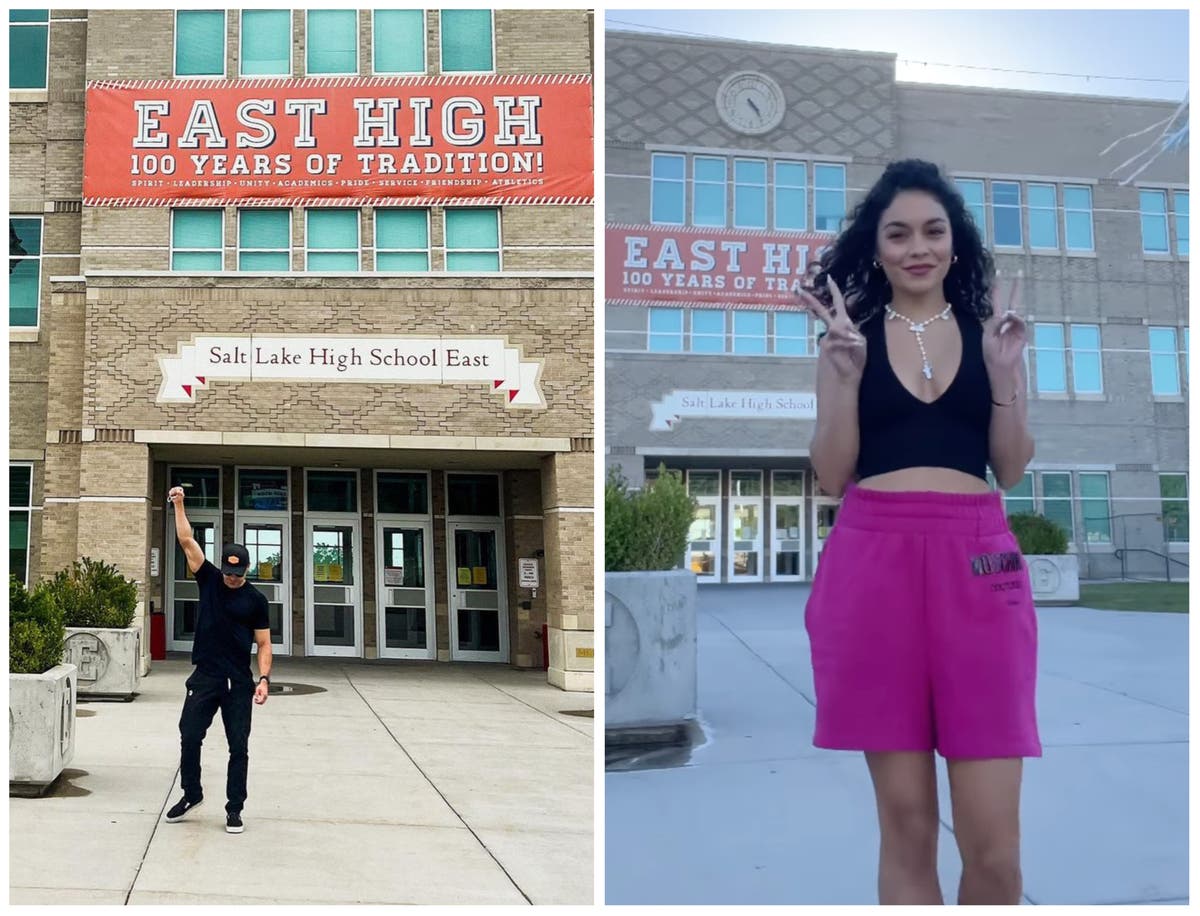 Zac Efron is back where it all began, Salt Lake High School East, where Disney’s High School Musical was filmed.

The 34-year-old actor shared a photo of himself, fist raised, outside the Utah high school on Instagram this Friday (22 July) with the caption: “Don’t you… Forget about me.”

Efron’s visit comes just weeks after his love interest from the movie, Vanessa Hudgens, returned to the school.

Hudgens, 33, also shared a clip on Instagram of herself outside the school set to the tune of “Breaking Free” – her and Efron’s song from the film.

“Do you remember in kindergarten how you’d meet a kid and know nothing about them, then 10 seconds later you’re playing like you’re best friends because you didn’t have to be anything but yourself?” she wrote in the caption.

Efron and Hudgens played school musical singers Troy Bolton and Gabriella Montez in the beloved 2006 movie, which catapulted the two to superstardom and led to two sequels.

The pair dated in real life for about four years before breaking up in 2010. “It started off really organically,” Vanessa said about their romance in a 2019 interview on the Awards Chatter podcast. “I could not have been more grateful to have that relationship at the time.”

Naturally, Efron’s post has fans clambering for a reboot, especially after the actor recently expressed his desire to return to the franchise.

“Seriously, having the opportunity in any form to go back and work with that team would be so amazing,” he told E!

“Yeah, my heart’s still there so that would be incredible, I hope it happens.”