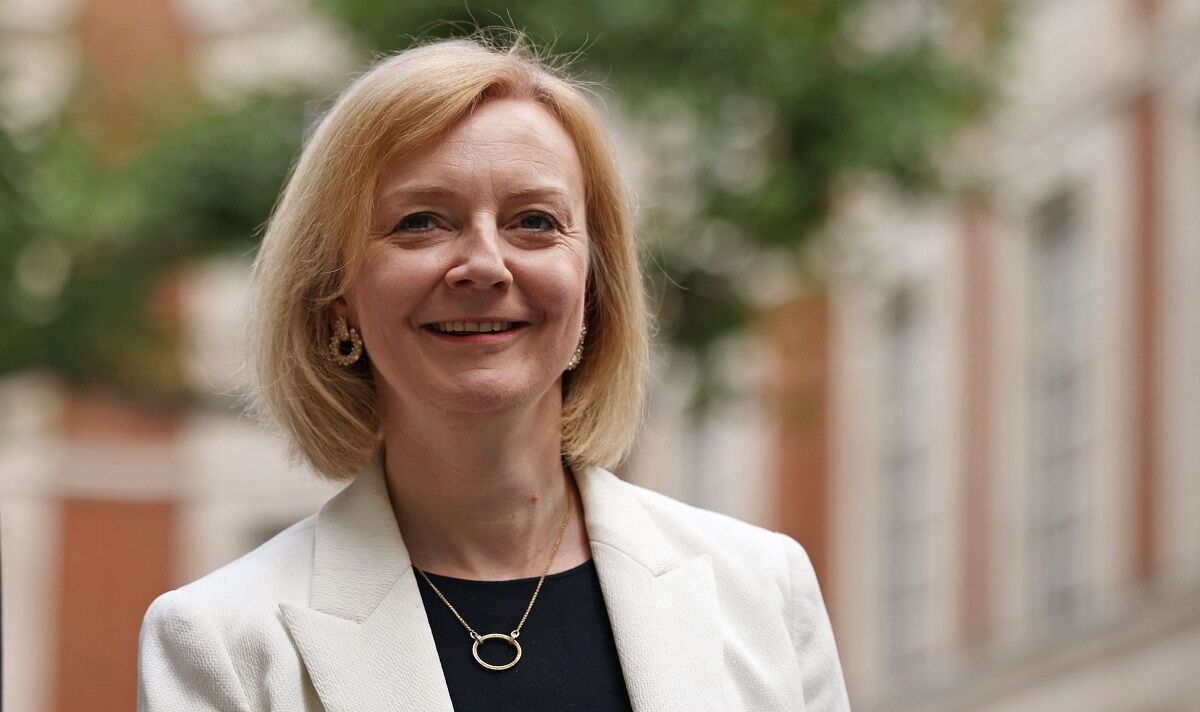 A Savanta ComRes survey for the Daily Express shows the Foreign Secretary is preferred as a future prime minister to Sir Keir Starmer. But while she had a slim one percent lead over Sir Keir, her leadership rival Rishi Sunak trails the Labour leader as prospective PM by four points, the polls shows.

Ms Truss is also more trusted among voters who backed the Tories at the last general election “to deliver Conservative values” than the former chancellor.

The poll figures, which appear at odds with Mr Sunak’s claim to be the Tory leadership candidate with the best chance of beating Labour at the next general election, were seized upon by the Foreign Secretary’s campaign team last night.

A source said: “This poll shows Liz Truss is the Conservative Party’s best chance to beat Sir Keir Starmer at the next election.

“She’ll do this by cutting taxes, supporting hard working families and governing in a Conservative way.”

The poll comes as both Tory leadership candidates step up their campaigns today in the contest to be determined by a ballot of Tory grassroots members next month.

In his first major speech of the second phase of the campaign, following the early knock out rounds among Tory MPs, Mr Sunak will pledge to put the NHS on a “war footing” to tackle the treatment backlog left by covid.

And in a major policy announcement, Ms Truss will commit to a bonfire of EU regulations left on the UK statute book after Brexit.

Mr Sunak was only preferred by 36 percent of voters in the survey compared with 40 percent for the Labour leader.

But in a glimmer of comfort for the former chancellor, 34 percent of all voters in the survey trusted him most to “deliver Conservative values” as Prime Minister compared with 30 percent for Ms Truss.

Both candidates are also warned of the need to come up with convincing plans to tackle the cost of living crisis.

Coping with the financial squeeze on household budgets was by far the biggest concern among the survey of around 2,000 voters. Nearly half (49 percent) said managing the rising cost of living was the most important issue for Boris Johnson’s successor to address, while more than four in five said it was among their top three concerns.

Other top concerns among voters were spending on the NHS (rated the number one issue by 15 percent and in the top three concerns by 57 percent), cutting taxes (11 percent as the top issue and 45 percent as a top three), improving honesty and integrity in politics (10 percent and 39 percent) and solving the Channel migrant crisis (6 percent and 25 percent).

Improving education was the most important issue for just three percent of those polled and increasing defence spending for 1 percent.

The Tory leadership contest also appears to be boosting the party’s popularity despite the infighting between the candidates, according to the poll.

Tory support was up by three points to 33 percent compared to a Savanta ComRes poll last weekend. [15-17 July]

Labour remains ahead on 44 percent, up one point since the previous poll.

Chris Hopkins, associate director of Savanta Comres, said: “Public polling throughout the Conservative leadership race has shown Rishi Sunak well ahead of all rivals, primarily due to his much larger name and facial recognition among the wider electorate, and that makes his very narrow lead over Truss here in terms of which best espouses Conservative values all the more noteworthy.

“If Truss is seen to be only narrowly less Conservative than Sunak by the wider public, and comfortably ahead among Conservative voters and members, that really does put the former Chancellor in serious bother.

“It tends to indicate that Truss’ stock among all camps, including the wider populace, has grown over the last week or so as she’s had increased exposure.

“And while the race isn’t yet run, the numbers here which show she’s level-pegging with Keir Starmer in the best PM stakes will be encouraging for her campaign and may show that she’s able to claw back some Conservative respectability eroded under Boris Johnson.”

Six out of ten voters (60 percent) felt the Tories were right to get rid of Boris Johnson as prime minister, the poll found.

But more than a quarter (27 percent) said ejecting the Prime Minister had been a “mistake.”

And Tory voters were split on the issue, with nearly half (49 percent) seeing his ousting as a mistake, while 43 percent said it was not a blunder.

Just over one in five (22 percent) voters in the survey said there should be an increase in military and humanitarian aid to Ukraine, while slightly less than one in five (17 percent) say the spending should decrease.

Half (50 percent) said the UK should maintain the same levels of aid.

Two thirds (65 percent) of UK adults wanted the next Prime Minister to remain committed to the UK’s net zero by 2050 target while only 12 percent thought the issue was not important. Fifty seven percent of Conservative voters said it was important.