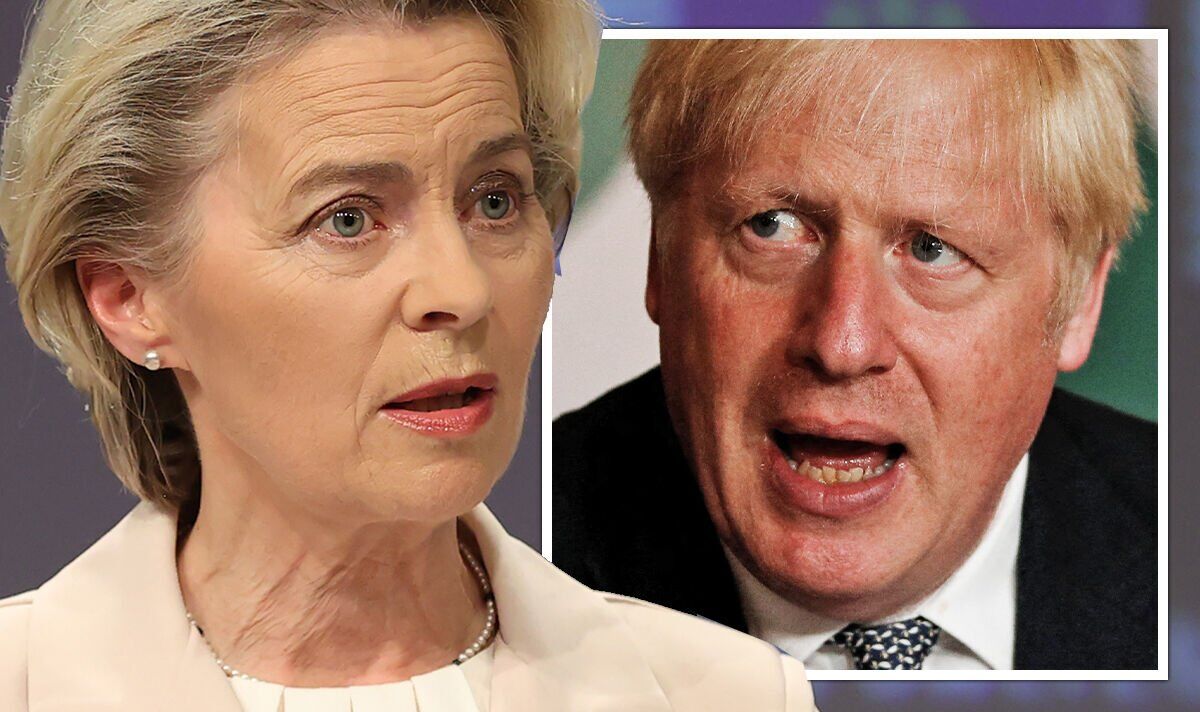 The European Commission announced on Friday they launched four legal actions against the UK for breaking parts of the Northern Ireland Brexit deal. They followed more “infringement procedures” announced on 15 June this year.

Brussels accused the UK of failing to impose the right customs checks on goods coming from Northern Ireland to Great Britain, claiming it assists smugglers.

The other three breaches related to not properly implementing EU rules on excise duty collection, VAT for e-commerce, and alcohol duty.

The Commission said the alcohol duty breach poses a “fiscal risk” to the bloc and could cost it money.

In a statement, the Commission said: “Despite repeated calls by the European parliament, the 27 EU Member States and the European Commission to implement the Protocol, the UK government has failed to do so.”

In response, Tory MPs have lambasted the EU’s “aggressive and unfriendly” approach, and said “they are not on the moral high ground” on the Protocol.

Sir John Redwood, MP for Wokingham, told Express.co.uk: “It is typical of the aggressive and unfriendly approach of the EU to sorting out trade and tax in Northern Ireland. They want to be judge and jury in their own case.

“The UK should strive to reach an agreement with them whilst completing the legislation which offers a good and legal way through the problems.

“The EU is damaging the Good Friday Agreement. By insisting on an interpretation of the Protocol which is unacceptable Unionists.

“The EU’s approach also undermines parts of the Protocol itself, which is meant to respect the sovereignty and internal market of the UK”

“All this could be avoided if the EU just negotiated in good faith, but as I’ve said they are using it for leverage.

“They are not on the moral high ground here; we are.

“We cannot allow the EU to keep imperilling the Belfast Agreement. The Government has to act in the national interest of the UK.”

A spokesperson for Rishi Sunak’s leadership campaign said: “The European Commission is interfering with our sovereign right to control our own e-commerce rules and set out our own taxes.

“As a believer in Brexit from the beginning, Rishi has been clear that he would continue with the Northern Ireland protocol bill until and unless the EU says it is willing to come to the table to re-negotiate the contents of the protocol.

“Based on what we’ve seen today the Commission is committed to taking petty and unwelcome steps that infringe our sovereign rights rather than addressing the real issues of the protocol.”