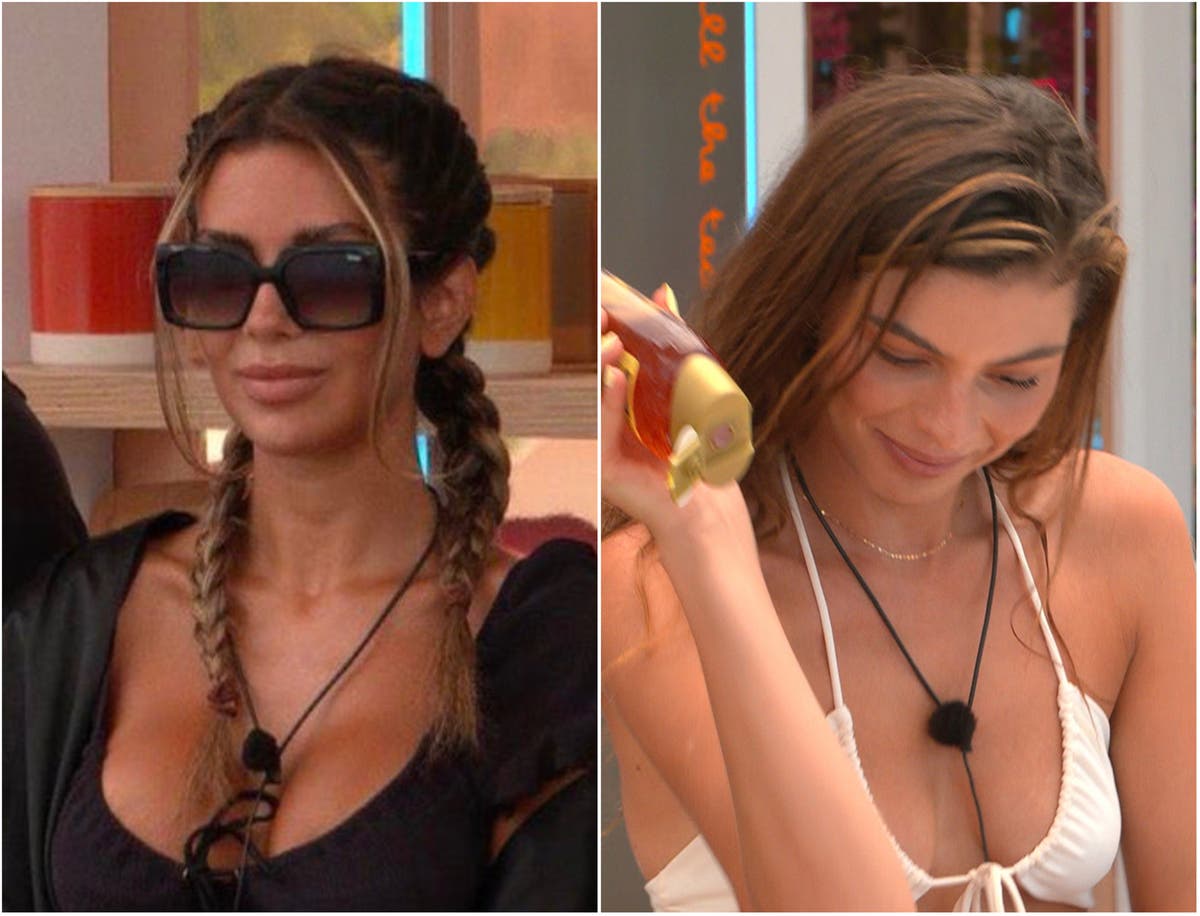 Love Island fans were treated to an epic showdown as fan-favourite Ekin-Su took on new girl Nathalia in a pancake-making contest to win Davide’s affection.

The girls decided to settle things with a culinary competition after things got a bit heated between the pair.

Nathalia delivered the cutting line: “Who are you to prove anything to? Ekin-who?”

The following morning, the pair walked into the kitchen with all the pomp of a heavyweight boxing match, bodyguards included.

In the black corner was Ekin-Su, in the white: Nathalia. Things remained heated in the kitchen with Ekin-Su telling Nathalia to “get the f*** out my way”.

A blindfolded Davide then judged their efforts in a taste test, declaring Ekin-Su’s pancakes the winner. The decision seemed to quell the beef between the girls as Nathalia crowned Ekin-Su “the queen of pancakes”.

“Chef-in su did what she had to do,” one fan wrote.

“EKIN SU THE F***ING HEAVY WEIGHT CHAMPION!!!!!” screamed another via their keyboard.

Nathalia, a 23-year-old influencer from Brazil, was one of four new contestants to enter the villa, along with Lacey, Reece and Jamie. She’s had her sights set on Ekin-Su’s partner Davide since arriving mocking her crawl up to the terrace for her clandestine kiss with Jay, who was later dumped.

Earlier this week, Love Island viewers had rallied around Ekin-Su after worrying that she wasn’t “the same anymore” after Movie Night.

Love Island airs nightly (except Saturdays) at 9pm on ITV2.