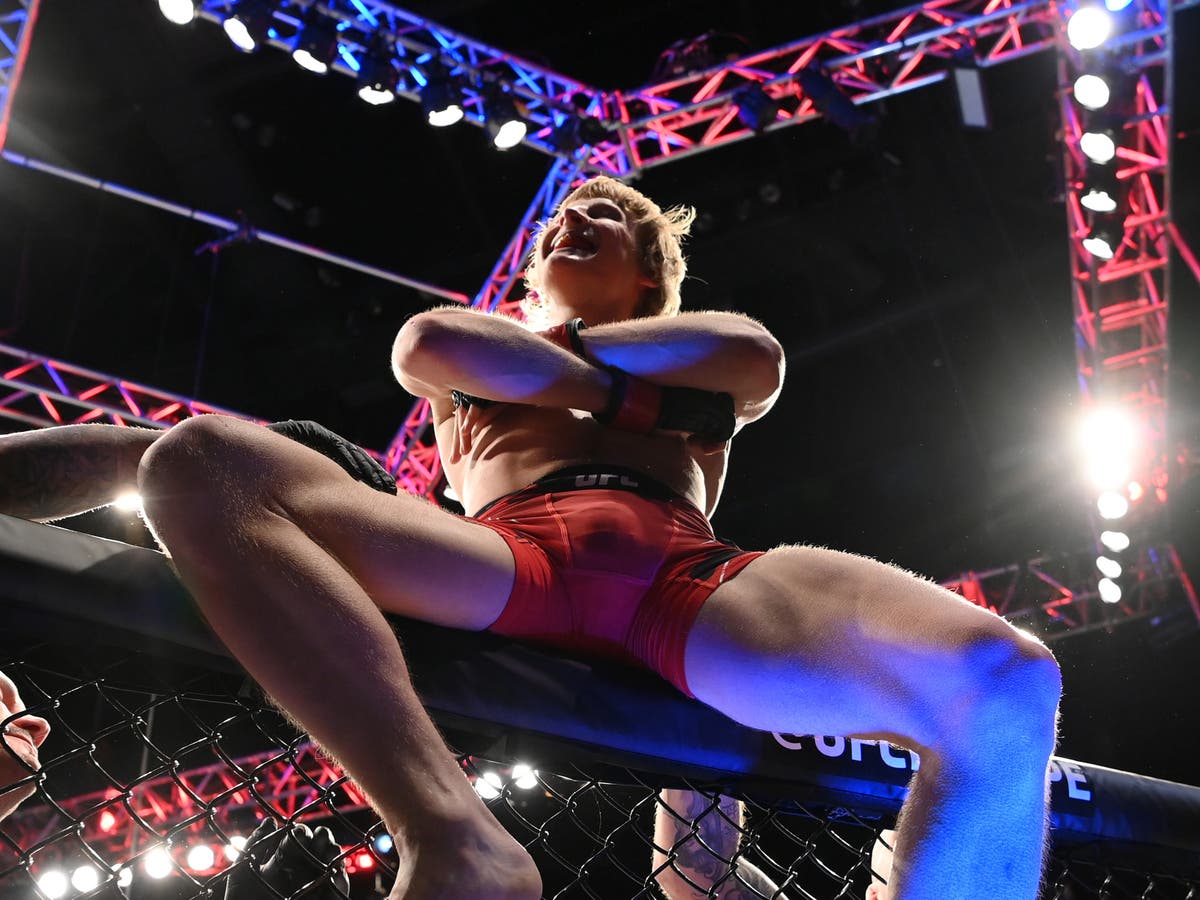 Tom Aspinall, Paddy Pimblett and a host of British fighters secured statement wins at UFC London in March, sending the O2 Arena into raptures on an evening that broke Fight Night and O2 Arena records.

Aspinall’s first-round submission of Alexander Volkov that night has earned him another main-event spot this Saturday, with Curtis Blaydes set to stand across the Octagon from the British heavyweight in what could be a clash to crown a No 1 contender.

Pimblett, meanwhile, was arguably the star at the O2 Arena in March, during the first edition of UFC London since 2019. The Liverpudlian lightweight will take on Jordan Leavitt here as he looks to further build his profile.

Here’s all you need to know about a stacked card.

The prelims will begin at 5pm BST, with the main card following at 8pm. Ring walks for the main event are expected to take place at approximately 10pm.

Aspinall is facing his toughest test yet, but his trajectory and performances so far suggests that he’ll be able to utilise his eclectic skillset to find a way past Blaydes. All three of Blaydes’ professional losses have come via knockout, though all were against heavier hitters than Aspinall (Derrick Lewis once and Francis Ngannou twice). The American has a grappling advantage, so expect Aspinall to keep the fight standing and don’t be surprised if he outpoints Blaydes; if the Briton is to stop the tourist, it will likely be through voluminous strikes rather than a one-punch KO.

Pimblett is similarly taking on his most dangerous opponent so far, and the Liverpudlian has been in worrying positions in both of his UFC outings – particularly when he was dropped in his most recent fight. As such, “Paddy The Baddy”’s claim of “Scousers don’t get knocked out” feels like it may one day come back to haunt him, but Leavitt has achieved most of his wins via submission. Therefore, it is in the grappling exchanges that the American will offer the greatest threat here. If Pimblett can make the bout a striking affair, he may well record a scrappy knockout as he did in his UFC debut. That said, he too has a significant number of submission wins, so sticking to striking would be a tactic influenced by his advantage in that realm – not because of any disadvantage in grappling.