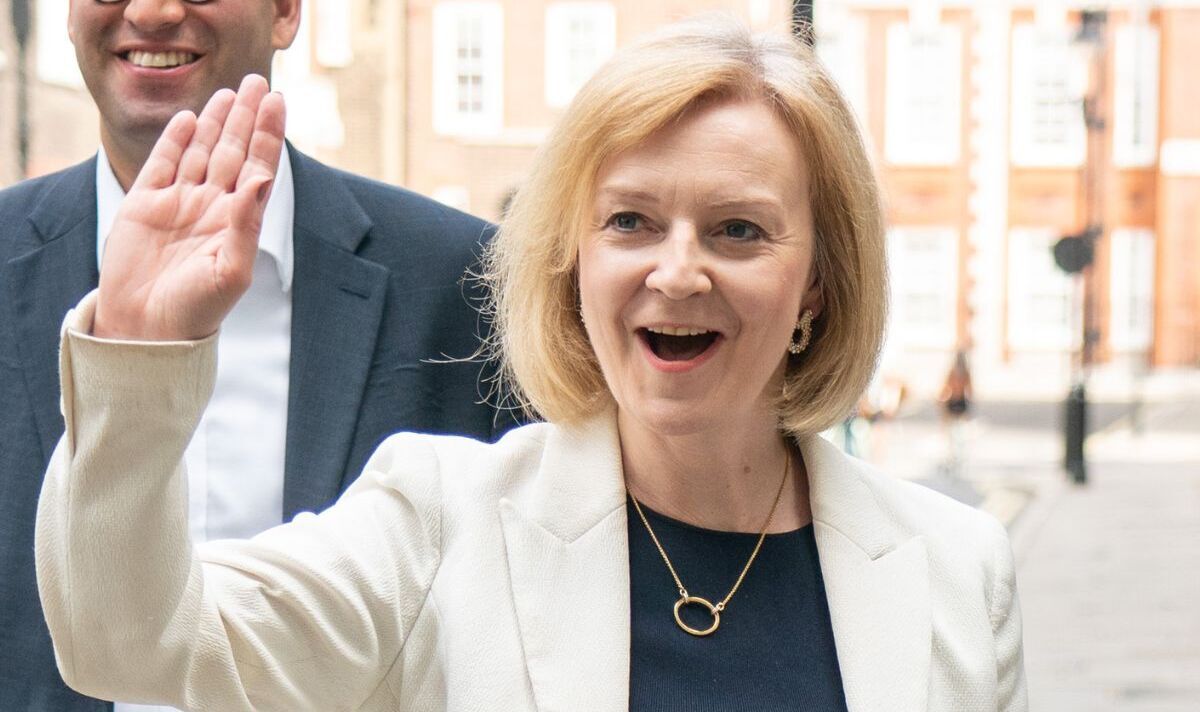 Aiming to present herself as a born-again Brexiteer, Ms Truss restated her support for Britain’s EU exit following her complete U-turn on the subject after the 2016 referendum, in which she passionately campaigned against Brexit. Her flip-flop has been a key point of attack from opponent Rishi Sunak, who voted leave. Mr Sunak has also brought up that Ms Truss was a former Lib Dem supporter, who also called for the monarchy to be abolished in a recently resurfaced clip from many years ago.

Speaking to BBC Radio 4, Ms Truss argued the so far unresolved issue over the Northern Ireland Protocol was an example of her ability to “get things done”.

After being reminded she had predicted Brexit would mean less trade, slashed investment and fewer jobs, the Foreign Secretary said: “I fully embraced the choice that the people of Britain have made.

“I was wrong and I am prepared to admit I was wrong. Some of the portents of doom didn’t happen and instead we have actually unleashed new opportunities.”

Much of the Conservative membership, whose votes determine the next leader of the party, hail Boris Johnson as the arbiter of Brexit after he successfully pulled Britain out of the EU following his 2019 election win.

This is despite Mr Johnson’s “oven-ready deal” being blamed for issues in Northern Ireland which continue to frustrate Brexit negotiations.

Ms Truss said: “I’ve shown I can get things done. Whether it’s sorting out the issues with the Northern Ireland Protocol to make sure we deliver the full opportunities of Brexit, I can get stuff done.”

Ms Truss stated that, unlike Mr Sunak, whose resignation represented a key tipping point in Mr Johnson’s exit from No10, she wanted Mr Johnson to remain leader of the party.

She said: “I wanted Boris to carry on as Prime Minister. I think he did a fantastic job with the 2019 election, winning us a massive majority. He delivered Brexit, he delivered the vaccines.

While appealing to Tory members who view tax cuts as core Conservative policy, the pledge has risen concerns that it will hinder rather than help the cost of living crisis by failing to control inflation.

She insisted: “My tax cuts will decrease inflation … It’s not a gamble.”

When asked about the impact this would have on the Government’s balance sheet, she admitted it would cost as least more than £30billion a year.

Ms Truss also pledged to battle the Treasury on tax cuts if she makes it to No10, saying: “The Treasury do have an economic orthodoxy. They do resist change.”