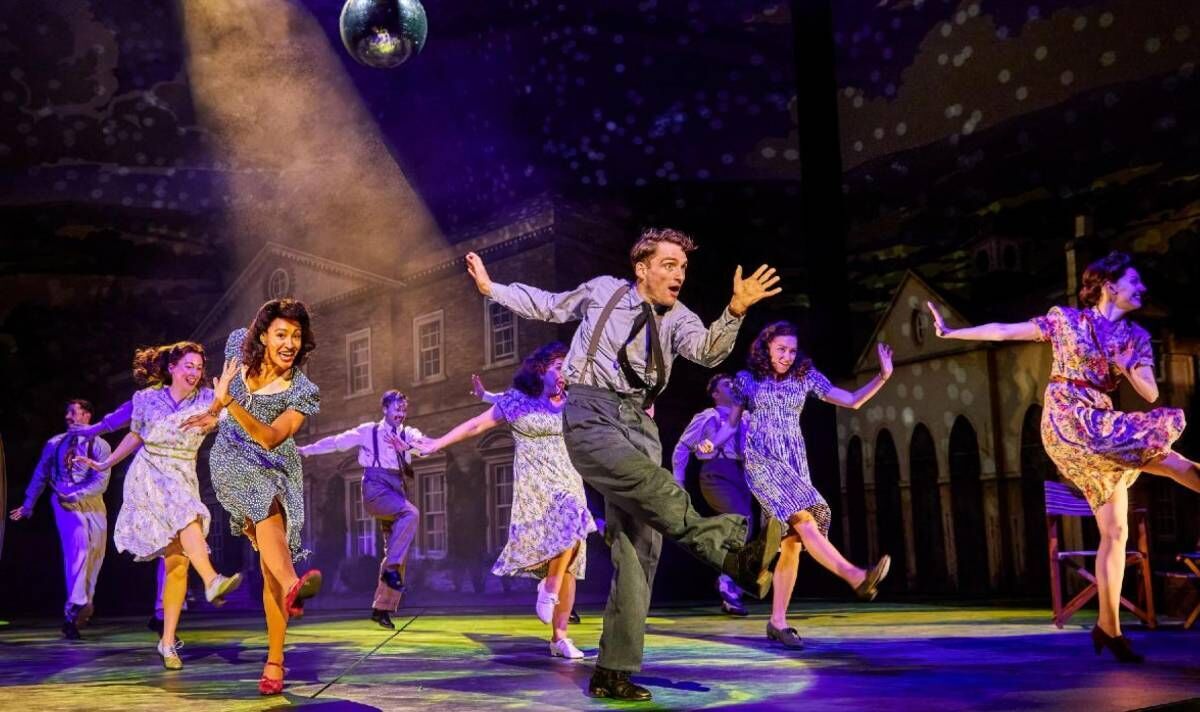 Inspired by Sheridan’s 1775 play The Rivals, Bean and co-writer Oliver Chris set the cross-class romantic entanglements in a country house in 1941. This adds a note of imminent peril echoing movies such as The Battle Of Britain and The Dawn Patrol. But the accent is on humour and there are more puns than Huns in this exuberant adaptation.

Ace fighter pilot Jack Absolute (Laurie Davidson) has blown his romance with Lydia Languish (Natalie Simpson) who now delivers planes to the local airfield, although she is not permitted to take part in battle because she was born with a uterus.

Mark Thompson’s wonderful set is a comic book vision of a country house garden and all the characters, including Caroline Quentin as the word-mangling Mrs Malaprop, play to the audience with extended asides.

While the aerial combat scenes may not challenge Top Gun: Maverick, they are exciting enough as RAF fighters tackle Luftwaffe bombers on a wraparound screen that extends into the auditorium.

Toss in references to female emancipation, Home Counties snobbery (“There are people in the north of England who have never seen a lemon”), a well-drilled swing dance sequence and torrential Carry On ribaldry and you have the perfect comedy antidote for our wobbly age.