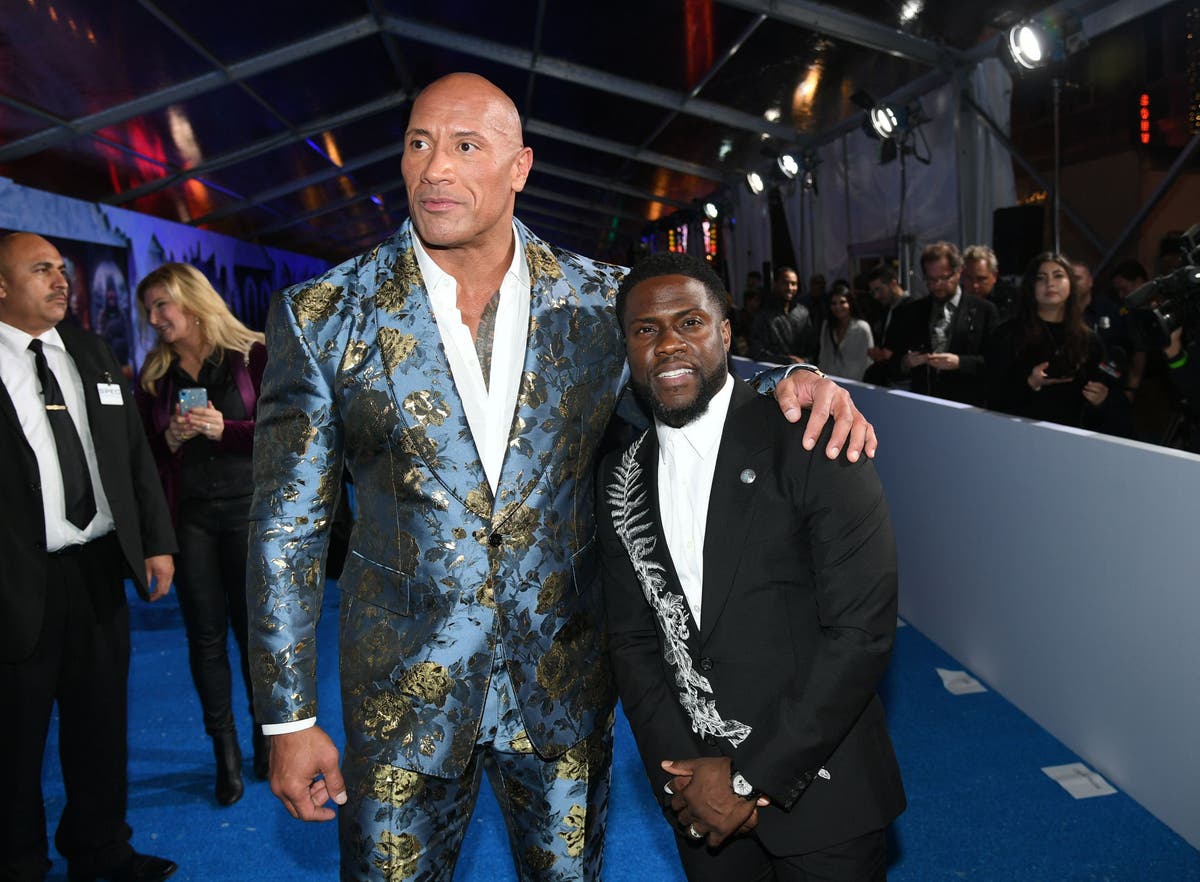 Kevin Hart and Dwayne “The Rock” Johnson have succumbed to the TikTok tortilla challenge, delighting fans in the process.

The two actors co-star in the forthcoming animated film DC League of Super-Pets, which releases in cinemas on 29 July.

On Wednesday (20 July), Johnson posted a TikTok video of the pair competing against each other in the tortilla challenge.

The challenge is a recent trend that involves two people slapping each other with a tortilla across the face while trying not to spit out a mouthful of water.

“You can tell @imkevinhart has been waiting to slap the s*** out of me with no consequences. This was fun,” Johnson captioned the post.

In the edited video, the actors use “rock paper scissors” to decide who gets to do the slapping. Both times, Hart beats Johnson, allotting himself two slaps. However, amid uncontrollable laughter, Hart ultimately loses the entire challenge after he spits out his water first.

Fans have flooded the comments to share their reactions to the “brilliant” video.

“Laughing so hard I started crying,” one fan responded.

A second added: “Kevin jumping around and laughing had me in stitches.”

Someone else praised the stars’ friendship, writing: “I need a friendship like theirs.”

“This gotta be the best duo ever,” another echoed.

One joked: “If I got hit with a tortilla by The Rock I’d have a concussion for sure.”

“The fact Kevin is laughing all the way through is just too funny,” someone commented.

DC League of Super-Pets releases in cinemas on 29 July.