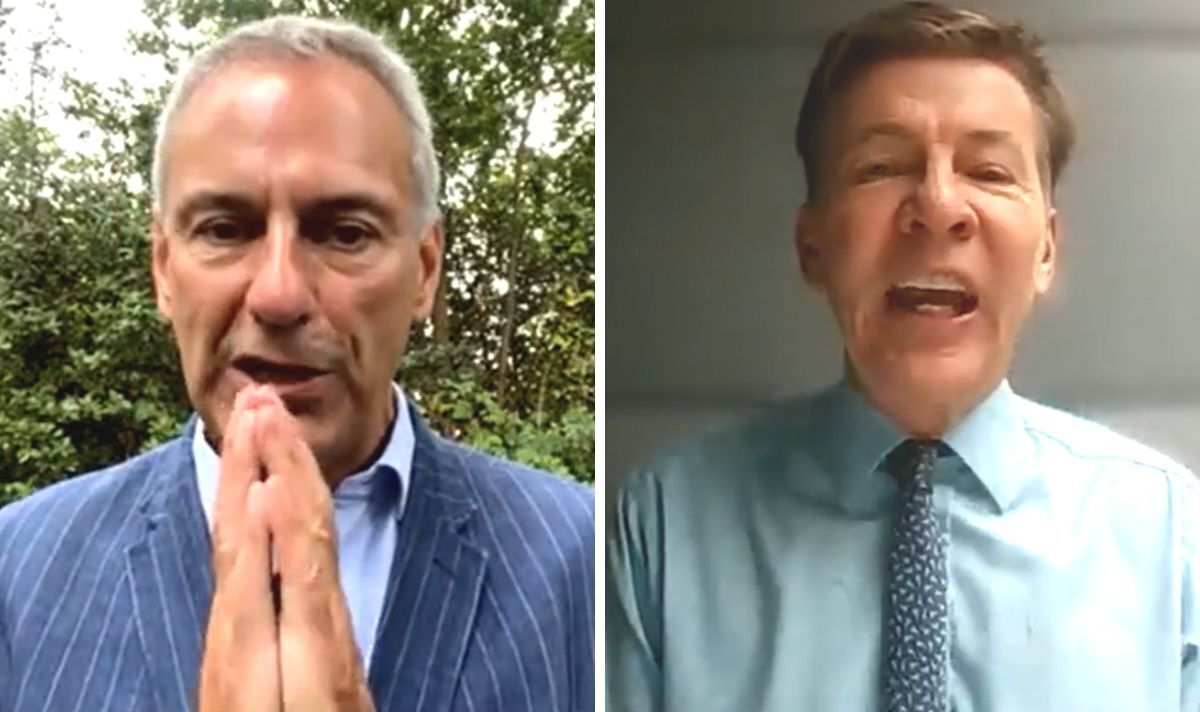 A discussion on the Tory leadership contest spiralled into a heated row live on GB News as the panel silenced host Gloria De Piero. Journalist Andrew Pierce declared: “Boris got it right about Keir Starmer yesterday – he called him a boring bollard, that’s exactly what he is.” Associate editor of the Daily Mirror Kevin Maguire hit back as he said: “A bollard is more useful than Liz Truss. She doesn’t stand for anything of any value.” The guests continued to shout over one another while a bemused Ms De Piero sniggered at the bickering journalists.

The spat began as the panel discussed the two remaining candidates in the race to succeed Boris Johnson as Conservative leader.

Sparking the feud, the GB News host said: “The danger of this is that we’re going to see a lot of blue-on-blue attacks.

“These candidates are going to trash each other, they’re trashing the record of this Government.

“Isn’t that the real danger and the real opportunity for the Labour party?”

Mr Maguire replied: “It’s blue on blue as you say. We saw on Prime Minister’s Questions yesterday that Keir Starmer could just quote back what one Minister said about another Minister.

“You don’t have to make it come from the Labour corner anymore.

“You can just say they’re fighting like rats in a sack, they all hate each other, they detest each other.

“They pretended that they all got on – no they don’t, we see it.”