Victims of half a century of tragedy and public scandal have united to launch a new law that would end a culture of cover-ups by successive British governments.

Relatives of those who died at Hillsborough and the Grenfell Tower fire, along with those affected by the contaminated blood scandal, nuclear weapons testing, Covid-19, and gas leaks are pushing for all political parties to adopt a ‘Hillsborough Law’ into their manifestos before the next general election.

They are calling for a statutory duty of candour, publicly-funded legal advocates, and a charter for the bereaved. It comes 5 years after Bishop James Jones wrote a report into the Hillsborough tragedy calling for the same things, and which the government has yet to respond to.

Steve Purse, whose dad David served at nuclear weapons experiments in Maralinga, South Australia, was born with undiagnosable disabilities and told the Prime Minister last month how he is afraid for the health of his son Sascha, aged 14 months. 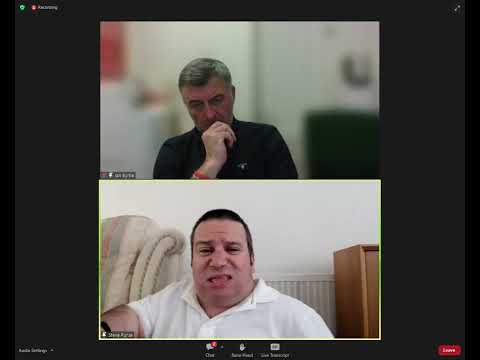 “Successive governments have refused to study our health and concentrated the massive resources of the state in a strategy of delay, deny, until we die,” he said. “Millions of taxpayer pounds have been spent fighting war pensions and court claims. Our dads’ medical records have had pages ripped out, and false information has been given. That is a crime.”

He said veterans of the Cold War radiation experiments were ordered to sail, fly and crawl through fallout, but the Ministry of Defence spent 7 decades denying any contamination was possible.

“We have MoD documents saying the men would have their blood tested. We have witnesses who say their blood was taken. Today, the MoD refuses to show us those records,” he said. “We need a Hillsborough Law now.”

Bishop James Jones backed a new bill being introduced in the House of Lords which would finally enact his recommendations. “It’s an affront to natural justice for the police to withhold information related to disasters and those responsible for it. At the moment police can withhold or even destroy vital evidence,” he said.

“It’s time for Parliament to act. This isn’t just an historic issue, it’s about the here and now. Not to act on the lessons learned is in effect to perpetuate an injustice. Can Parliament not see this? Everybody else can.”

Speaking at the launch, which was held online, Labour MPs Ian Byrne and Maria Eagle said the bill would force public officials to tell the truth and give protection to whistleblowers, while provision of a state-funded public advocate would help the bereaved take on the legal might of the state.

“The case for a Hillsborough Law has never been stronger,” said Mr Byrne. “We want to make sure that when the next tragedy strikes, the families don’t have to go through the same treatment. We need to build pressure on all parties to ensure the bill is included in their manifesto as an election may be imminent.”

Ms Eagle said “it’s unconscionable” the government had yet to respond to the report and added: “I believe we have every chance of getting this through… we will make sure that it does, and we won’t stop until it has. This must now be done, and it will be.”

She added: “Imagine if the work of the Hillsborough Independent Panel had been done a year or two into the process, instead of 23 years after the event. It would have saved a lot of heartache and pain.”

Campaigner Margaret Aspinall, whose 18-year-old son James died at Hillsborough in 1986, said: “It’s a disgrace that we have to put this into law because I always thought there was a duty of candour for the police to tell the truth anyway… we’ve got some bad laws in this country, and they need to be fixed.”

Mayor of Greater Manchester Andy Burnham said that if the bishop’s recommendations had been followed in 2017, “it would have eased the struggle of the Grenfell families, but it would also have changed the response of public bodies to the Manchester Arena attack”. He added: “It’s frankly outrageous that it hasn’t been done, because the mistakes of the past are being repeated.”

He said a duty of candour would have helped nuclear tests veterans and their 155,000 descendants still fighting for the truth about atomic weapons experiments, 70 years on from the first blast in 1952. “The power is in the hands of those who’ve got the most to cover up,” he said. “It’s too hard to get the state to tell the truth at the first time of asking.”

Jason Evans, who lost his father to HIV contracted from contaminated blood products and who helped to win a 4-year public inquiry, said: “It was very hard to get an inquiry, it took too long and the toll harmed people even more. People shouldn’t have to fight so hard just to get the truth about how they or their loved ones were harmed or killed. Our fight wouldn’t have been so hard with a Hillsborough Law.”

Hannah Brady of Covid-19 Bereaved Families for Justice said the planned Covid inquiry would be better because of the long justice campaigns of others. “I remember learning at school about Hillsborough and contaminated blood as though it was history – like they happened without human intervention or culpability, they just were.,” she said. “The government will lie first, apologise second, and then lie again with impunity.”

Prime Minister Boris Johnson will not be able to block the legislation, which will be heard in the House of Commons after he leaves office ( POOL/AFP via Getty Images)
‘Boris Johnson is a shallow, disloyal, narcissistic phoney – and that led to his downfall’
Boris Johnson finally starts Covid inquiry – two days after families threatened legal action

Kye Gbangbola, whose 7-year-old son Zane died from hydrogen cyanide that leaked into their house from a nearby landfill in the 2014 floods, said: “I urge politicians to get behind Hillsborough Law now, and show a will to get it passed without delay.”

Deborah Coles of the charity Inquest, which supports those affected by state-related deaths, added: “Rather than organisations seeing public scrutiny as an opportunity to learn from past mistakes, reform dangerous procedures, and safeguard lives in the future, they’re more concerned about reputation management.”

Ed Daffarn of Grenfell United said: “We’ve waited too long for this vital piece of legislation to be brought before Parliament, and we are calling for those in authority to answer that we have to wait no longer.”

Mayor of Liverpool Steve Rotheram said if the law was enacted, “it would stop other families having to go through the untold suffering and misery that they’ve had to endure in individual campaigns”. He added: “You’d think people in public office would be duty-bound to tell the truth as a matter of course but that’s no the case. We do need this Hillsborough Law, we shouldn’t, but we do.”