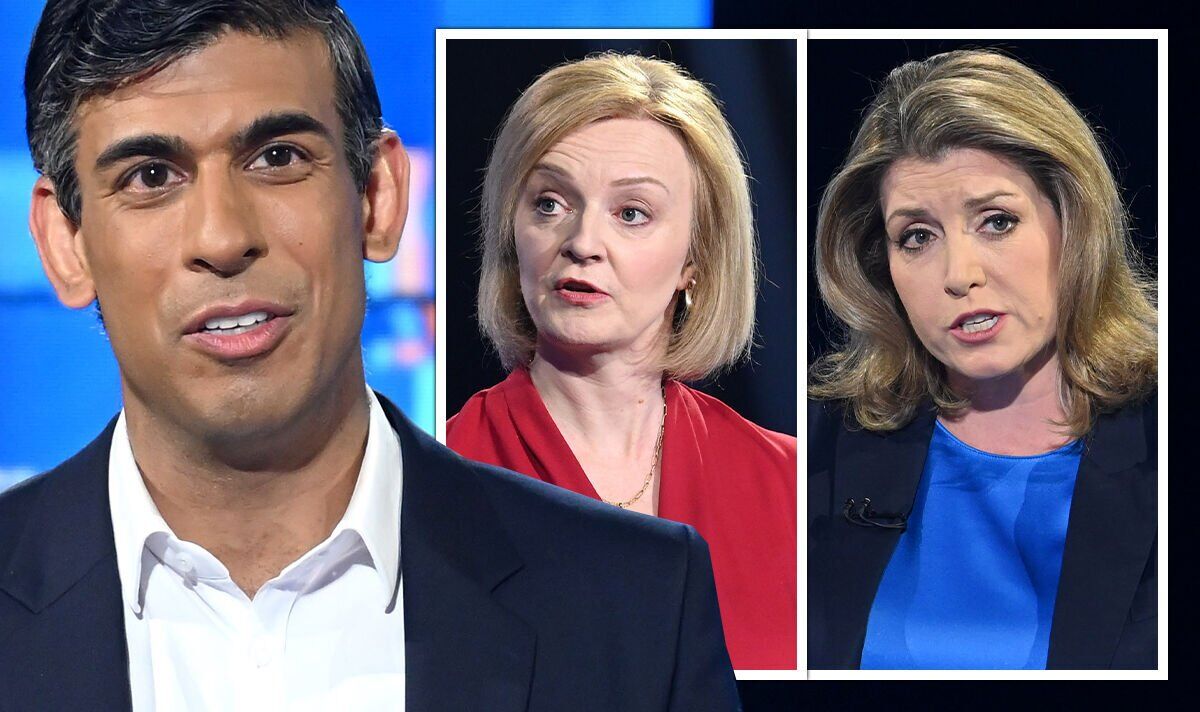 The former Chancellor’s allies have ramped up a secret war against the two women, according to Alec Shelbrooke, who backs Ms Truss to lead the Conservative Party. The MP for Elmet and Rothwell told Express.co.uk: “Rishi is stalling, and now we can see the ponds they are fishing from. I’m hearing whispers tonight that there is quite a harsh operation going on from the Rishi team, which people turn away from.

“I think they are doing themselves more damage than good.

“You look at some of the people around the Rishi campaign, and you think, ‘It doesn’t surprise me that there are things going on’. People know that.”

Mr Sunak’s office has not responded to the claims.

His team’s alleged dirty tricks come on the eve of the fifth and final Tory leadership ballot on Wednesday.

Conservative MPs will whittle the three remaining candidates down to the final two, who will then take part in a live TV debate hosted by the BBC on Monday.

After tomorrow’s ballot, the race will be handed over to the 160,000 or so Conservative members, who will have their say on who should lead the party.

Mr Johnson, who resigned on July 7, will stay on as Prime Minister until he is replaced by the new Tory leader on September 5.

Mr Sunak has remained the frontrunner throughout the contest, and again topped the ballot on Tuesday with 118 votes.

Ms Mordaunt maintained her position in second place with 92, although her lead over Ms Truss was eroded as the Foreign Secretary notched up 86 votes.

Earlier in the Tory leadership race, MPs were also said to have been plotting against Mr Sunak with a “murky memo” about the former Chancellor apparently being sent around Westminster.

Meanwhile, Conservative MP Michael Fabricant, who backs Ms Mordaunt, claimed there was a “Stop Penny Campaign” being waged against the Tory hopeful.

Dr Nicholas Dickinson, a political expert from the University of Oxford, explained how dirty tricks and MPs switching sides are part of the brutal nature of leadership elections.

Speaking to Express.co.uk, he said: “The inherent dynamics of the leadership contest mean that it benefits those lower down the rankings to attack the frontrunner.

“So, inevitably most of that has focused on Rishi Sunak and Penny Mordaunt.”

He added: “Mordaunt has been interesting because the attacks have come from multiple directions or on multiple fronts.”

He added: “Everyone has more than one reason to say the things they’re saying and Truss sort of knows – because she and Penny Mordaunt don’t get along – that she wouldn’t be in any of her Governments.”