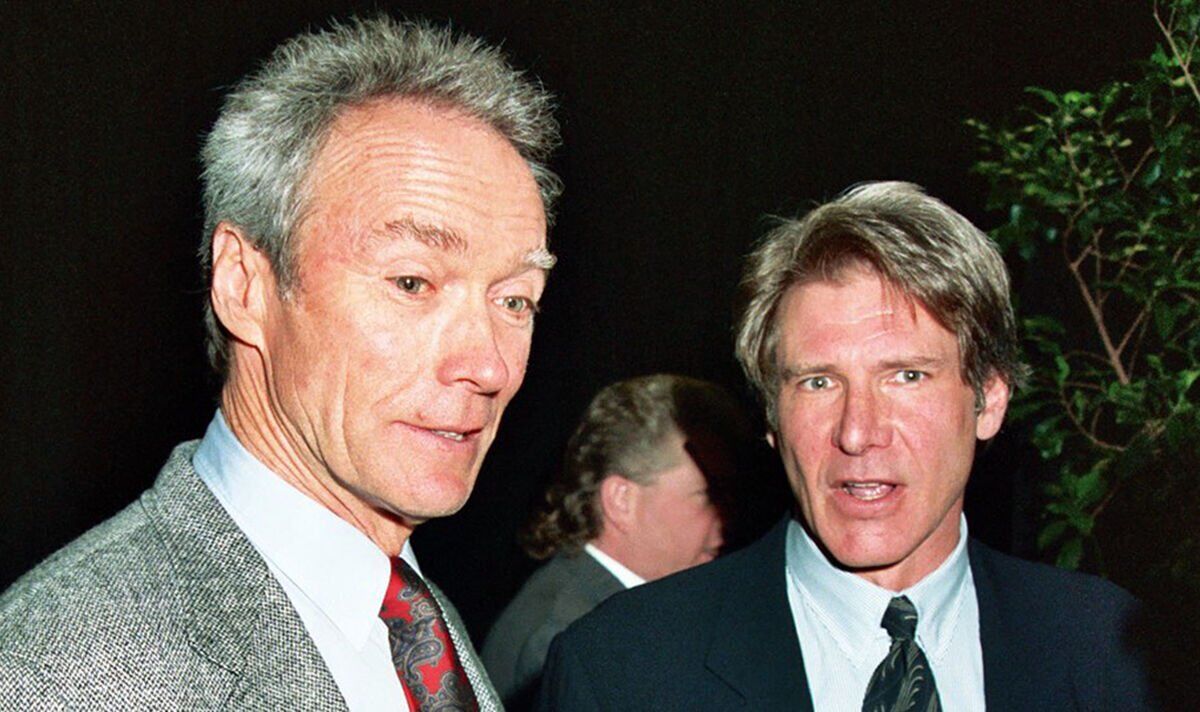 Clint Eastwood, 92, and Harrison Ford 80 have had incredible Hollywood careers so far. From The Man With No Name Spaghetti Westerns to Indiana Jones. But now it’s been revealed that both were originally envisioned for one of the film industry’s biggest current action franchises that continues to grow in popularity and success.

It turns out that when screenwriter Derek Kolstad originally wrote John Wick, he’d conceived of the retired assassin being around 75-years-old and played by either Clint Eastwood or Harrison Ford, instead of the much younger Keanu Reeves.

The news comes from Edward Gross and Mark A Altman’s They Shouldn’t Have Killed His Dog: The Complete Uncensored Oral History of John Wick, Gun Fu, and the New Age of Action.

According to Entertainment Weekly, John Wick franchise producer Basil Iwanyk said: “The lead was a 75-year-old man, twenty-five years after being retired. It was the fun of watching Clint Eastwood kick ass. I thought, ‘Okay, there’s probably one or two names you could do this with: Clint Eastwood, Harrison Ford.’ Other than that, I’m not sure how I put this movie together. But the tone of the script for John Wick was subversive and really fun. It has a very clear emotional through line and a great premise for an action movie.”

Iwanyk continued: “My other best friend in the world, this guy Jimmy Darmody, is an agent at CAA, who at the time represented Keanu. And he said, ‘Do you have any action movies for Keanu Reeves?’ I remember thinking to myself, ‘Keanu is one of the great action stars of the last 25 years — what happened to him? What’s he been doing?’ And he was directing his movie, Man of Tai Chi, and doing 47 Ronin. We give him the script, we tell him, ‘Clearly, you’re not 75.'”

The John Wick producer added: “We had talked internally about actors, but it was Keanu Reeves — a voracious script reader; anything he gets his hands on, he reads — who got his talons into it and made it his own. I spent two months at Keanu’s house on the weekends working on the script. When I first went and met with him and walked into his house, and as he rounded the corner to say hello to me — it’s a nice house, it’s not ostentatious for a guy who’s worth, I dunno, billions — and I look in his office, I see he has three hundred screenplays stacked on his desk, because he reads everything that UTA, WME, William Morris sends out. He reads them all. And so to think that he read something on a Friday, in ninety minutes, and was like, ‘I want to do it.’ In that moment, before I met and really clicked with him, I was like, ‘Yeah, I really want to do it, too.’ The first thing that Keanu said to me was, ‘Okay, Derek, I’m going to play him 35.’ And I’m like, ‘Fine.'”

John Wick was released in 2014 and was met with critical praise and box office success. Since then, the franchise has grown to blockbuster size with John Wick: Chapter 4 set for release on March 24, 2023.

A fifth movie is already in the works and Keanu has said he’ll keep making sequels as long as they’re successful. Since Eastwood and Ford are so much older, no doubt such a franchise with the energy The Matrix star brings couldn’t have continued with them in the role.