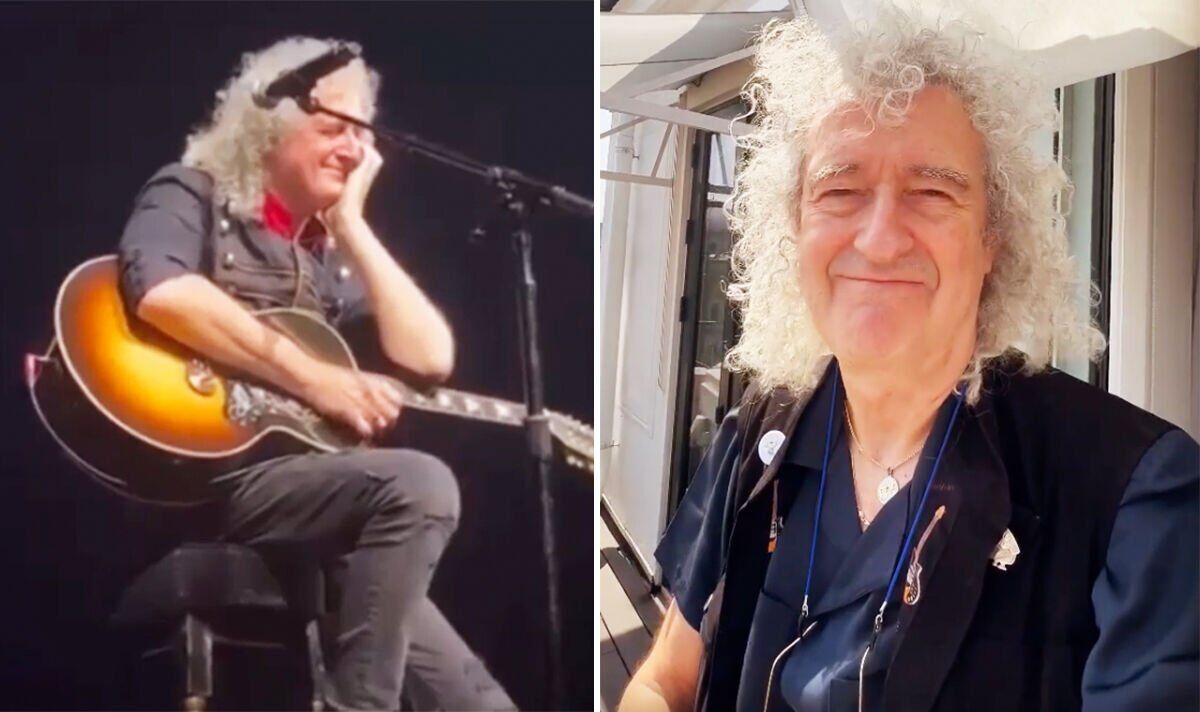 Brian May is coming to the end of his Queen and Adam Lambert UK tour and last night performed with Roger Taylor and the singer in Copenhagen, Denmark. During his acoustic section of the show where he performs Love Of My Life with footage of Freddie Mercury, the audience spontaneously burst into a rendition of Happy Birthday a few hours before the Queen guitarist’s 75th birthday.

The 75-year-old could even be heard saying to the audience: “I’ve got to do a show! Bless your hearts, you’re wonderful thank you.”

Today, he’s shared a video of artwork fans have shared with him on social media in celebration of his milestone.

In response to the news, Birthday boy Brian also said: “We’re here to bring you the joyous news that Queen’s Greatest Hits album has sold 7 million copies, which nobody has ever done before. No album has done this before in history. Thank you, we appreciate it. The British public and their infinitely-great taste have made this the biggest-selling album in history. Thank you very much; we’re humbled and honoured. We salute you!”