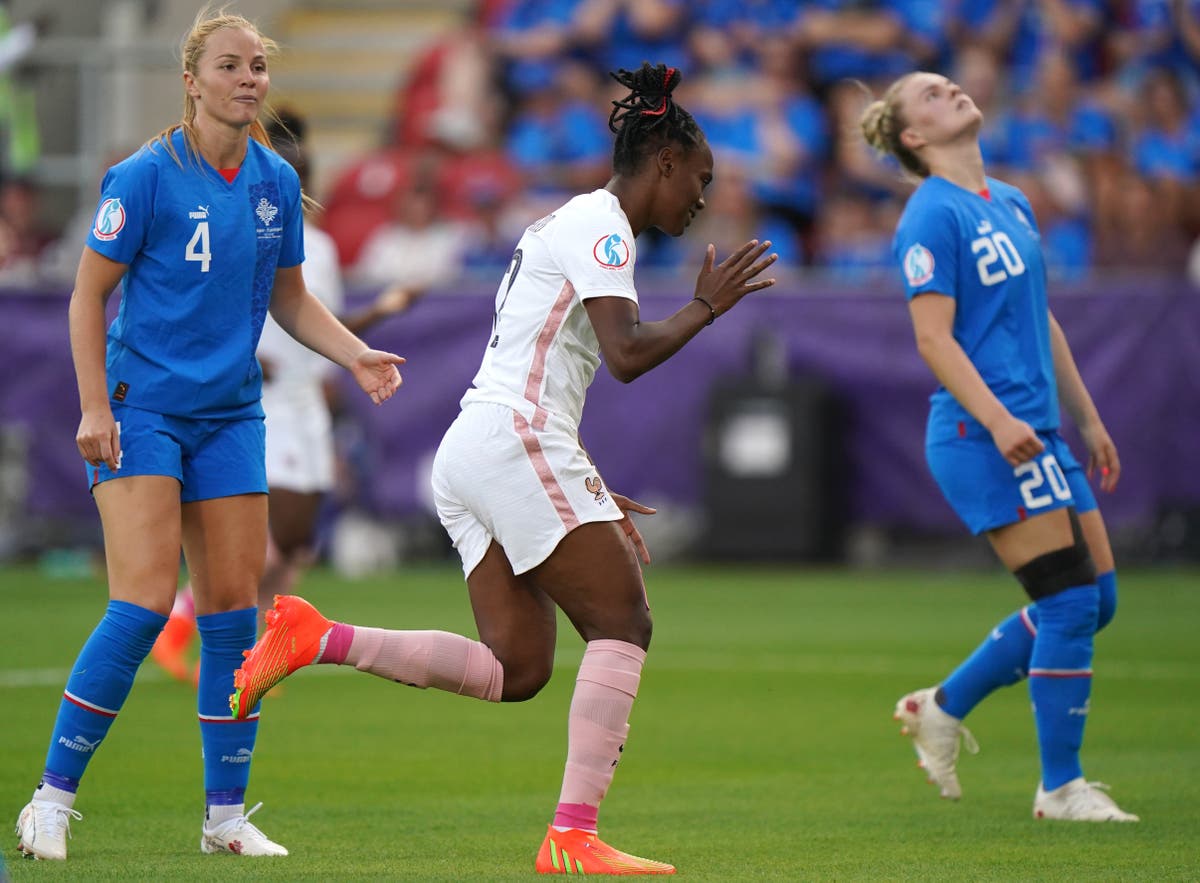 Belgium joined Group D winners France in the Euro 2022 quarter-finals after a hard-fought 1-0 win over Italy at the Academy Stadium in Manchester.

France went into their final group game already assured of top spot, but were denied a 100 per cent record by Dagny Brynjarsdottir’s injury-time penalty in a 1-1 draw with Iceland.

Here, the PA news agency takes a look at the tournament’s latest round of matches.

Malard had a 68th-minute effort ruled out by VAR after straying offside, and Grace Geyoro’s chance to make the game safe two minutes from time was denied by handball.

Iceland had chances, with Sveindis Jonsdottir hitting the bar in the 11th minute, but news of Belgium’s lead in the other game made their task increasingly unlikely.

Brynjarsdottir’s confident spot-kick proved too late and the final whistle meant Iceland became the first team to exit at the group stage having drawn all three games.

Tine De Caigny pounced four minutes into the second half to seal a historic win for Belgium who reached the last eight for the first time.

The Belgians had one eye on the Iceland score and also had to withstand sustained pressure from the Italians, who hit the bar through Cristiana Girelli.

Valentina Giacinti spurned one of many good chances for Italy while Belgium could have allayed their nerves when Tessa Wullaert hit a post in injury time.

News of Iceland’s late goal frayed Belgian nerves but they survived to reach the knockout stages in only their second appearance in the finals.