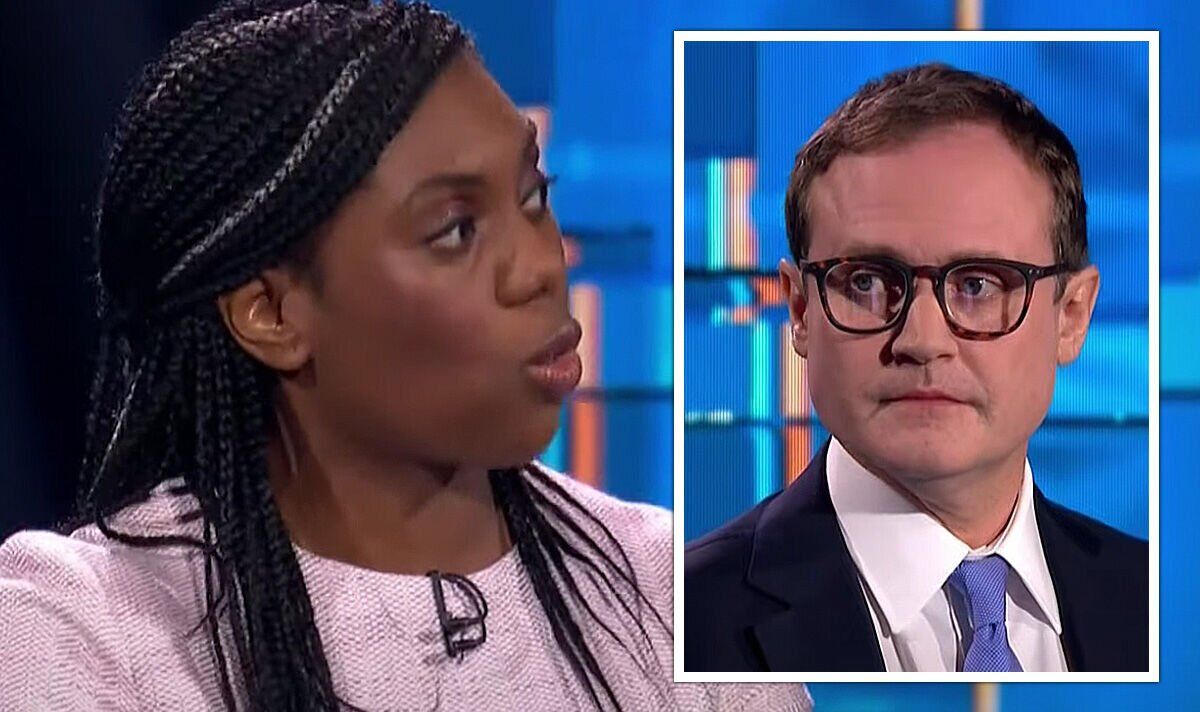 She hit out at her rival candidate’s criticism, saying: “We have a lot to be proud of.

“We got Brexit done, and what the Prime Minister did on Ukraine and on vaccines was fantastic.

“Serving in Government is not easy. It requires taking difficult decisions.

“Tom has never done that. It’s very easy for him to criticise what we’ve been doing when he has not been in Government.”

JUST IN: Tory Leadership: Rishi storms ahead as Brexiteer pushed out

She added: “But we have been out there on the frontline making the case.”

Mr Tugendhat is the only candidate in the ongoing Conservative Party leadership race who has not held a leadership role in Government.

He hit back by pointing to his military record on the frontline, including his service in Iraq and Afghanistan.

The MP also claimed he has been at the forefront of policy debates “in the argument against Putin and China”.

She bluntly responded: “You haven’t taken any decisions. Talking is easy.”

In her closing statement, Ms Badenoch said she’s standing to become PM to create a “strong UK that’s confident in itself” for her three children.

On Brexit, Kemi Badenoch said: “It’s time to move on from Brexit. It’s time to take advantage of the opportunities.