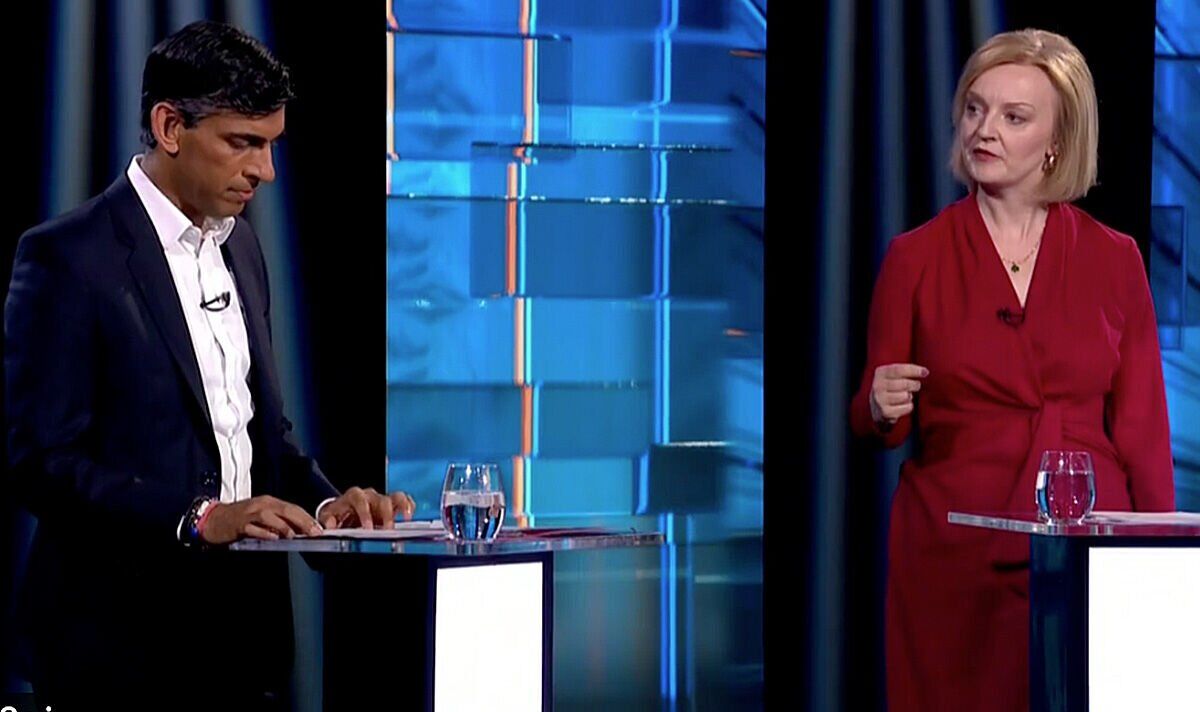 Rishi Sunak challenged Ms Truss on her past support for the Liberal Democrats as well as her support for the Remain camp during the Brexit referendum. The former Chancellor of the Exchequer jokingly asked Liz Truss “which one you regretted most” as she was repeatedly challenged over her past. But the Foreign Secretary masterfully sidestepped the attempts to undermine her candidacy as she admitted to having evolved into a fully committed Conservative.

Mr Sunak said: “Liz, in your past you’ve been both a Liberal Democrat and a Remainer.

“I was just wondering which one you regretted most?”

Which prompted Ms Truss to reply: “I was somebody who was not born into the Conservative Party.

“I went to school in Paisley and Leeds, I went to a comprehensive school.

“My parents were left-wing activists, and I’ve been on a political journey ever since.

“But my fundamental belief, and the reason I am a Conservative, is I saw kids at my school being let down.”

She remarked on the different background Mr Sunak had compared to hers, insisting she had embraced more conservative views over the years to offer Britons more opportunities.

Ms Truss also challenged Rishi Sunak on whether he still believed the UK should do more business with China.