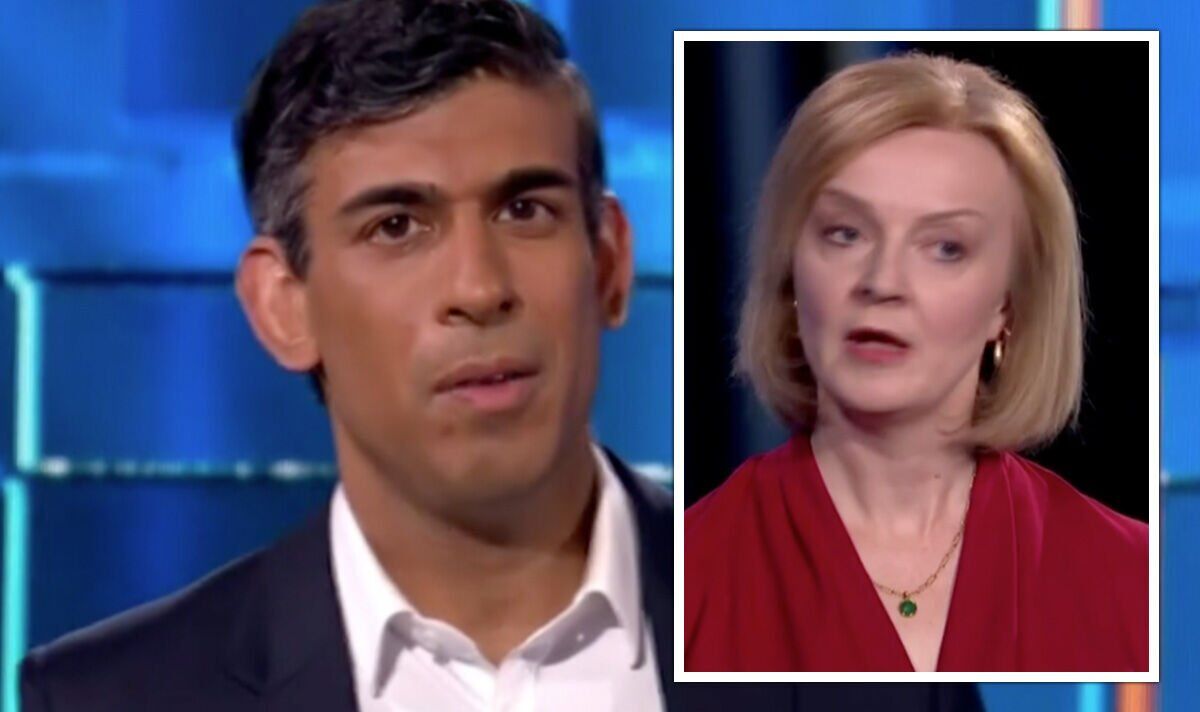 Rishi Sunak, who remains in the lead among support from Conservative MPs, clashed with Liz Truss within minutes of tonight’s leadership debate. The Foreign Secretary called out the former Chancellor, pointing out that she opposed his national insurance rise. She blamed him personally for raising taxes to a 70-year-high.

Ms Truss said the country is predicted to experience a recession due to Mr Sunak’s increase in taxes.

She added: “It is cutting back on growth.

“It is preventing companies from investing and it’s taking money out of people’s pockets.

“That is no way to get the economy going during a recession.”

JUST IN: Tory Leadership: Rishi storms ahead as Brexiteer pushed out

Mr Sunak immediately swiped back at Ms Truss, who remains in third place among MP supporters.

He accused her of “something for nothing economics” by promising unfunded tax cuts.

The frontrunner said: “Something for nothing economics isn’t Conservative, it is socialism!”

The heated row erupted during a discussion on how the candidates would tackle the growing cost-of-living crisis.