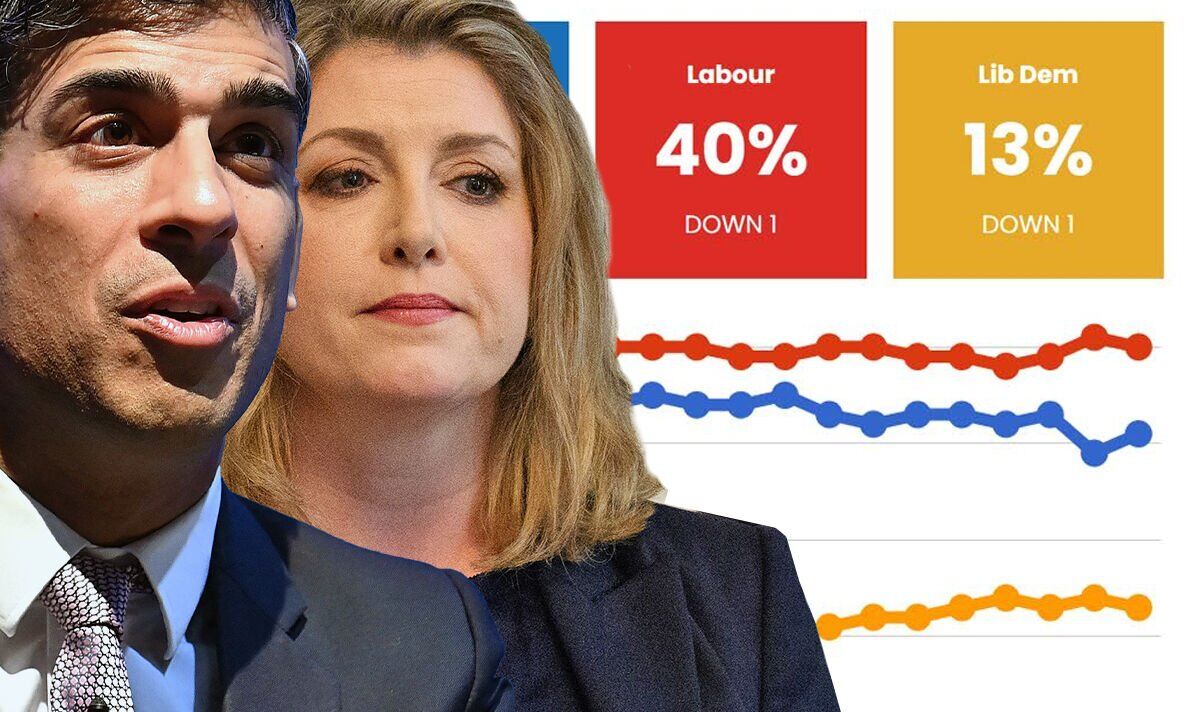 According to the exclusive tracker poll for Express.co.uk by Techne UK, the Conservatives moved back from 28 percent, their lowest point since before the 2015 election, back to 31 percent. Meanwhile, Labour dropped one point back to 40 percent nine points ahead of the Tories still, the Lib Dems also fell back a point to 13 percent.

The result of the weekly tracker poll came out as the five remaining contenders took part in the first televised leadership debate this week.

The previous week saw Techne survey in the 24 hours when Boris Johnson was forced to resign as Prime Minister after Rishi Sunak led a line of ministers out of the door over the Chris Pincher affair.

The Conservatives saw Labour’s lead double from six points to 12 over them in a week where the Chris Pincher sexual molestation allegations ended up forcing the Prime Minister out of office.

The result would, according to Electoral Calculus prediction website have given Labour a majority of 62, the first time a poll had shown that since they were kicked out of office in 2010.

This week’s poll results set Labour at just a two-seat majority according to Electoral Calculus meaning that the Rejoiner Alliance with the Lib Dems and possibly the SNP may be required involving taking the UK back into the EU in stages.

But more importantly it shows that post-Johnson, a new Conservative Government can fight back and potentially win the next election in 2023 or 2024.

The wide-open nature of the contest is underlined in that one in five (21 percent) have said they would be unlikely to vote for anybody at the moment.

The same number do not know who they would vote for.