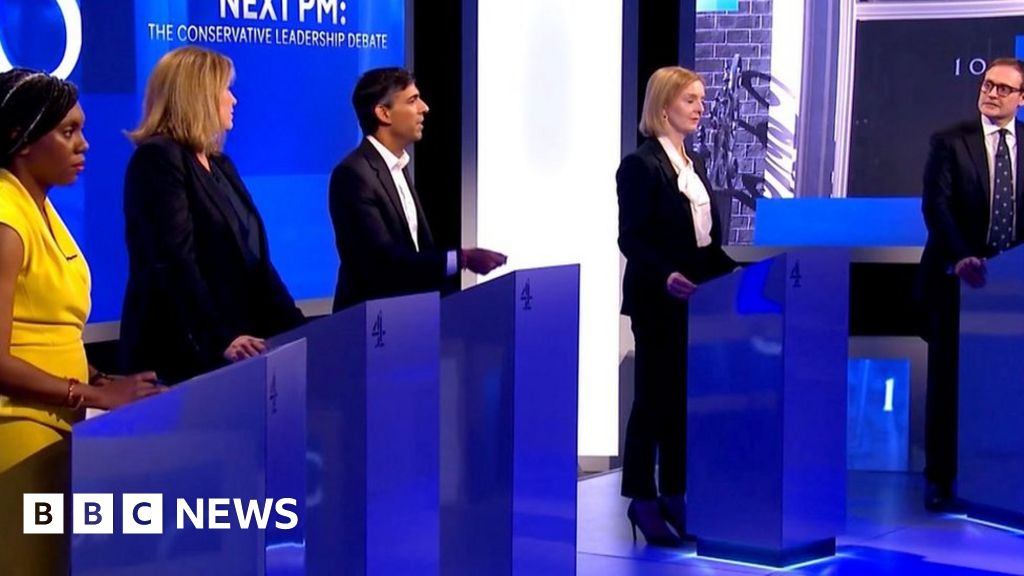 The five remaining candidates hoping to become the next leader of the Conservative Party have taken part in the first televised debate.

The studio audience of floating voters raised issues including the NHS, the environment, and the economy.

It started out friendly as they acknowledged they were all part of the Conservative “family” but the candidates soon clashed over taxes and spending plans.