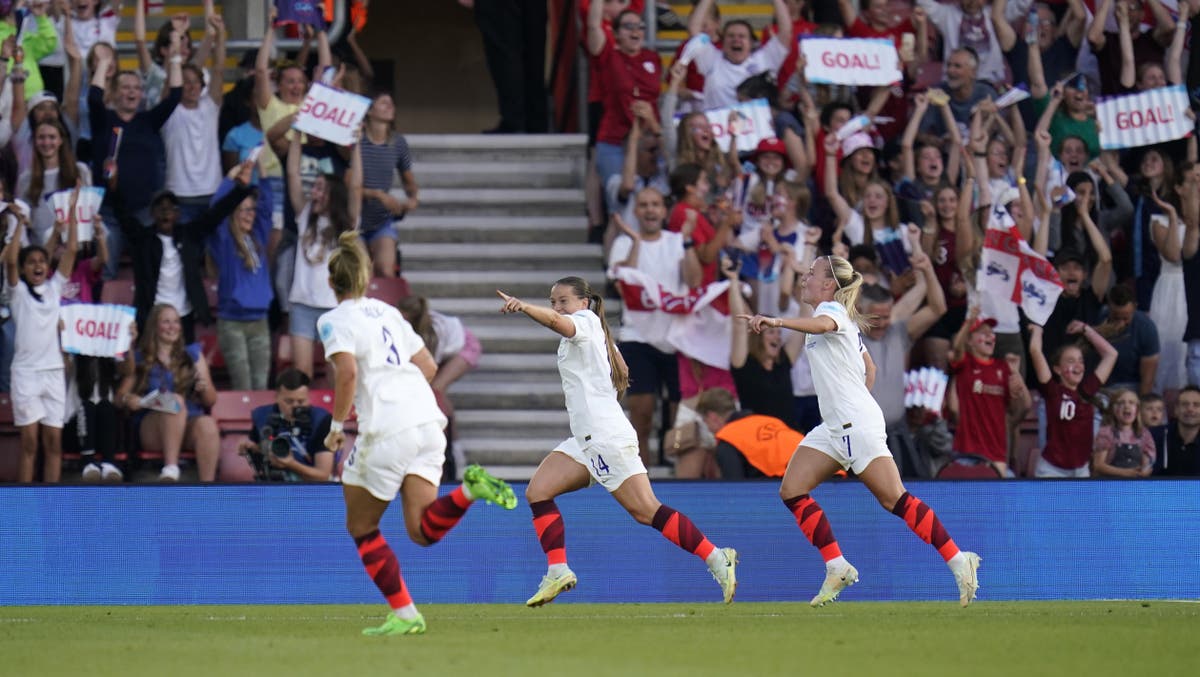 Hosts England warmed up for the Euro 2022 quarter-finals with another demolition job as Northern Ireland were swept aside 5-0.

They will be joined by Austria, who stunned twice-winners Norway to end their participation at the tournament before the knockout stage.

Here, the PA news agency takes a look at the way another big day at the finals unfolded.

It took the hosts 41 minutes to make the pressure tell at St Mary’s, but once they did, they did so to devastating effect.

Kenny Shiels’ side were breached four times in 12 minutes either side of the break as Fran Kirby, Beth Mead and substitute Alessio Russo – twice – struck.

Kelsie Burrows’ own goal completed the scoring as the hosts, who had already secured their passage, eased home in impressive style.

Northern Ireland had already been eliminated from the competition.

Austria chose the perfect moment to claim their first win over Norway and dump them out of the tournament.

Hoffenheim striker Nicole Billa’s first-half header was enough to clinch a 1-0 victory at the Amex Stadium on a night when a draw would have been enough to progress courtesy of their superior goal difference.

In truth, it was no more than they deserved as the Norwegians, who won the tournament in 1987 and 1993, simply failed to turn up until the dying stages, by which point it was too late.

Austria’s reward is a tough last-eight clash with neighbours Germany, who have won the competition on no fewer than eight occasions.

Sarina Wiegman extended her unbeaten run as England’s head coach to 17 games as her side eased to victory over Northern Ireland, but she had to witness events at St Mary’s from afar.

The Football Association revealed hours before kick-off that Wiegman had tested positive for Covid-19 and, as a result, was recovering back at base camp as assistant Arjan Veurink took up the reins on a temporary basis.

An FA spokesperson said: “Wiegman will remain in remote contact with the players and technical staff and will be monitored regularly with a view to returning to all elements of her role as soon as possible.”

The England boss now faces a race against time to return to the dugout for the last-eight clash with either Spain or Denmark on Wednesday.