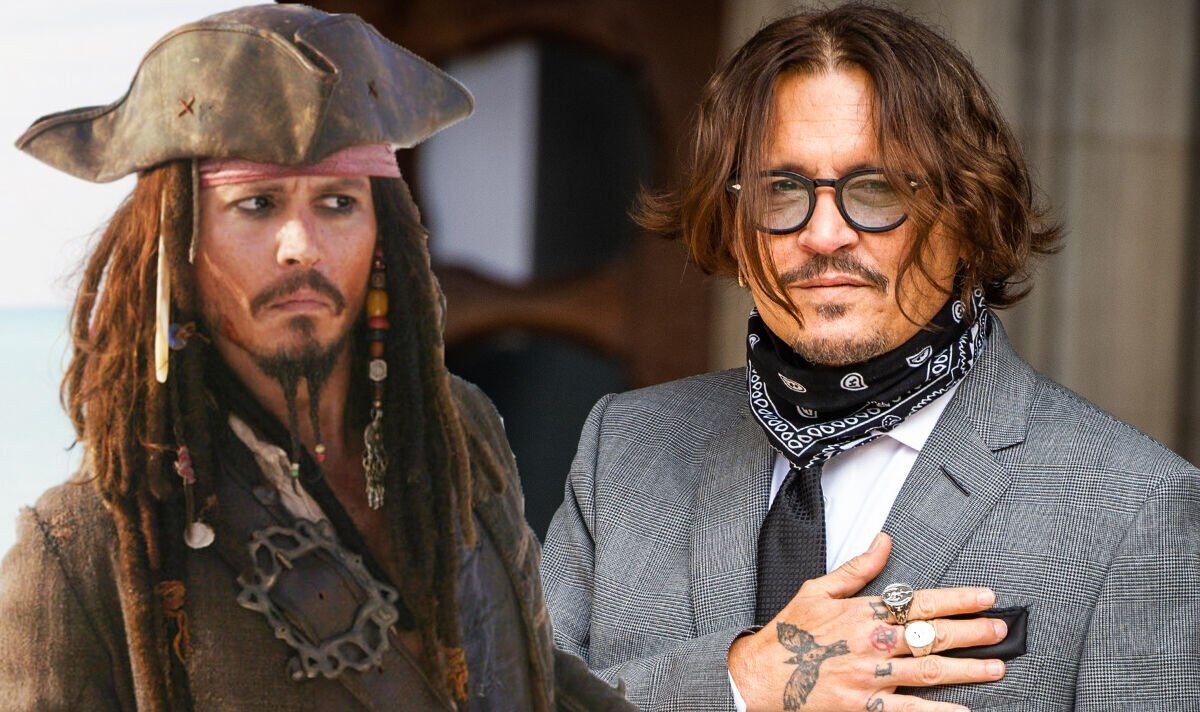 Johnny Depp battled Amber Heard in court over the course of a few months in a defamation lawsuit this year. He hit out at an op-ed she wrote for the Washington Post which spoke about her history with domestic abuse. On June 1, Depp won the defamation case and was awarded $15 million in damages, as well as $5 million in punitive damages.

One of Depp’s Pirates of the Caribbean co-stars has now spoken out about watching this court battle on TV as the media frenzy surrounding it expanded.

James Bond star Naomie Harris played Tia Dalma in the Pirates of the Caribbean franchise – the mystical witch and love interest of Davy Jones. She worked alongside Depp in two Pirates movies; Dead Man’s Chest and At World’s End.

Harris said of the actor’s lawsuit against Heard: “It’s hard not to have followed that case because it was so rammed down our throats every day. It was all over social media, all over the news, everywhere.”

She went on to call the coverage of the case “quite disturbing”.

She added: “There are some serious events happening in the world that deserve much greater airtime than they’re having because this kind of thing is being aired.”

Harris noted that she had “real issues” with the fact that Depp and Heard’s trial was televised, but Ghislaine Maxwell’s trial wasn’t.

Despite the fact, she added, that was a “much more relevant and important” case.

Harris did not give any blatant support or otherwise to Depp.

However, in the past, other Pirates of the Caribbean stars have rallied behind the actor.

READ MORE: Johnny Depp was ‘depressed’ after Pirates of the Caribbean exit

Ryder said: “The idea that he is an incredibly violent person is the farthest thing from the Johnny I knew and loved … He was never, never violent towards me. He has never been violent or abusive towards anybody I have seen.”

Depp won the case, and Heard later attributed his win to his “sway”.

She said in a statement: “I’m heartbroken that the mountain of evidence still was not enough to stand up to the disproportionate power, influence, and sway of my ex-husband. I’m even more disappointed with what this verdict means for other women. It is a setback. It sets back the clock to a time when a woman who spoke up and spoke out could be publicly shamed and humiliated. It sets back the idea that violence against women is to be taken seriously.”

Despite the fact Depp won the court battle, it has been confirmed he would not return to the franchise going forward.

Depp was asked: “The fact is, Mr Depp if Disney came to you with $300 million and a million alpacas, nothing on this earth would get you to go back and work with Disney on a ‘Pirates of the Caribbean’ film, correct?”

He replied: “That is true.”

Since then, rumours have started that he will be making a return.

However, these reports have since been confirmed as false.

The Pirates of the Caribbean films are available to stream on Disney Plus now.