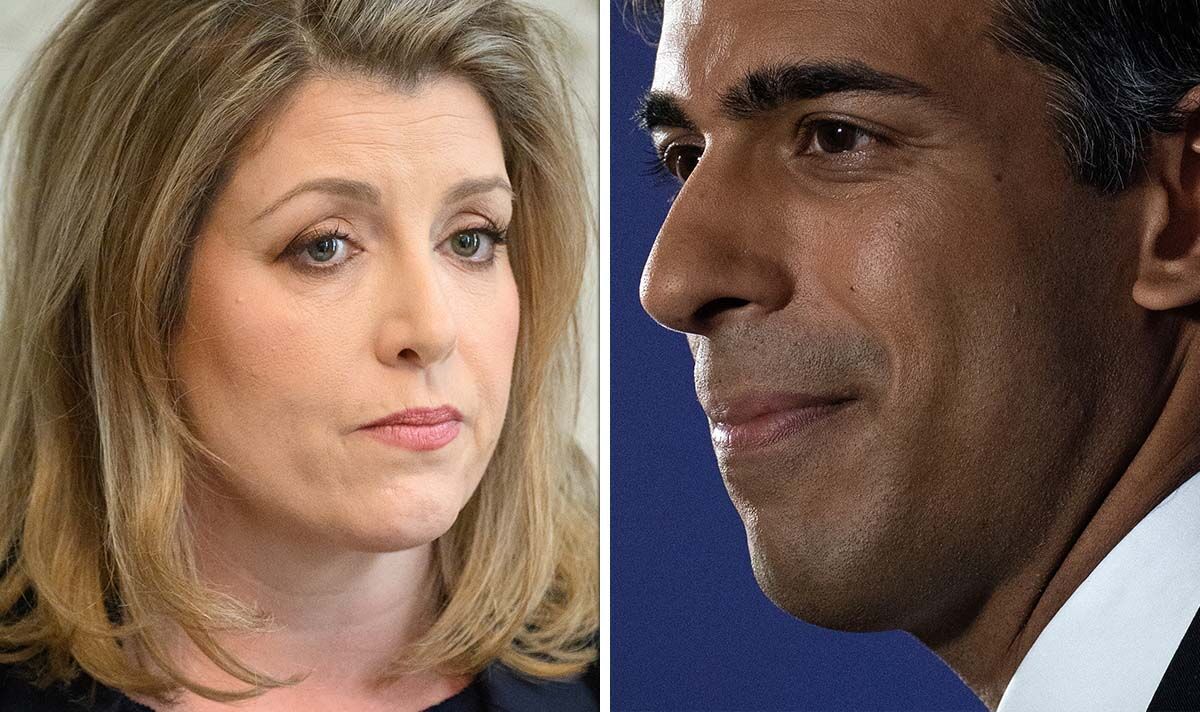 Before the first round of voting took place, Rishi Sunak and Penny Mordaunt were made favourites by pollsters.

The second favourite, according to the poll, is Kemi Badenoch on 15 percent, and Mr Sunak is in third place on 13 percent.

Candidates such as Nadhim Zahawi and Suella Braverman are considered to be outsiders in the race.

READ MORE: Where does Penny Mordaunt live now? Inside the life of the ‘outsider’

Speaking about the result, Mr Tugendhat said: “This is a fantastic result. I’m delighted to be going through to the next round with the momentum we need to change this country for the better.”

David Davis, who is backing Penny Mordaunt, told Sky News after the result was announced: “It’s a very good result for us. We’re much closer to Rishi Sunak than we thought we would be, we’ve done better than our estimate.

“Ordinary members want a re-set – that’s what came out in the polls. What’s coming out in this set of numbers is that the parliamentary party wants a re-set too.”

Reacting to his elimination from the race, Jeremy Hunt tweeted: “It’s become obvious to me you only get one big shot at this, and I had mine in 2019.”

He added: “Nevertheless, it’s clear that our party has an exciting future, with the amazing array of talent on offer in this contest, and I feel confident that we are on track to win back trust.”

Mr Zahawi shared a statement following the vote, where he accepted defeat in the leadership race and promised to focus on his role as Chancellor.

It read: “I love my country, and I love my party. I am a proud Briton and a proud Conservative.

He continued: “Clearly, my part in the contest has now ended. My priority is my work as Chancellor of the Exchequer.”

It is unclear whether the Chancellor will continue in his role once a new prime minister is chosen.

A further round of voting will take place, most likely this week, to whittle down the candidates further.

It is expected that the number of votes needed to make it through to the final stages will be higher, possibly around 40 or 50 votes.

MPs who voted for Mr Zahawi and Mr Hunt will now be able to choose another candidate to support in the race.

Once only two candidates are remaining, the vote will be opened to the Tory Party membership, who will decide who they want to become the next prime minister.

Until then, MPs will continue speaking to each other about the race as candidates seek to improve their support for the next rounds of voting.