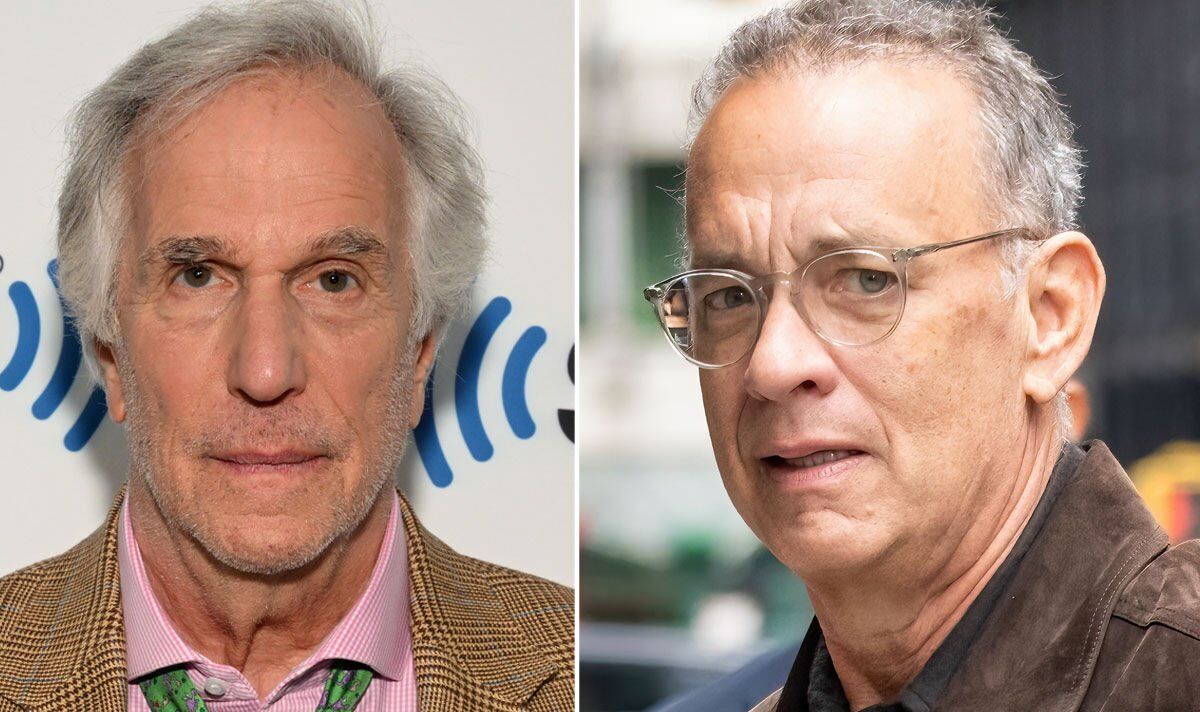 Hanks recently celebrated his 66th birthday, and you can catch the actor in the thrilling Captain Phillips tonight on ITV4 at 9:05pm. His career is filled with accolades from critics and famous friends alike, as much for his affable nature as for his Oscar-winning skills – which makes his only famous conflict even more shocking. Back in 1989 on the set of family-friendly comedy Turner and Hooch, tensions were so high that Winkler was shockingly sent packing fired as the director after just 13 days on set. Famous friends like Ron Howard have even spoken out about the extraordinary and unhappy clash.

Henry Winkler is best known for playing The Fonz on the American sitcom Happy Days, where he initially met young aspiring actor Hanks; but more on that later. Despite still being indelibly linked to the show after after almost 50 years, teh actor and director is still enjoying critical success, currently riding high after an Emmy nomination yesterday for his work on the HBO series ‘Barry’ with Bill Hader. Many fans showed their support for the Happy Days actor, but there is one star who almost certainly won’t be sending their regards.

In fact, things got so bad on the set of Turner (played by Hanks) and Hooch (a giant French Mastiff) that Winkler later admitted: “Let’s just say I got along better with Hooch than I did with Turner”.

Less than two weeks after starting work on the movie, Winkler described the devastating brutal moment he was told they were letting him go, effective immediately.

In 2019, Winkler recalled that Jeffrey Katzenberg (the producer) called him into his office and bluntly commanded him: “You have everything with you? Go home”.

It seems even more shjocking since Hanks and Winkler had previously worked on an episode of Happy Days, where Hanks’ character beat up the Fonz.

Ron Howard, legendary director and mutual friend of the two feuding actors, explained what truly went down in a candid interview in 2020: “It was just one of those unfortunate things where they really had a working style that did not fit. I know it was painful for both of them and I was able to lend an ear, if not offer any solutions.” he told the Guardian.

In an attempt to put to bed the rumours, Winkler recently professed his admiration for the Forrest Gump star after a meeting in California: “I just saw him at the SAG Awards, it was beautiful.”

Winkler’s Emmy nomination for his role in Barry yesterday was for Outstanding Supporting Actor  – he previously won in the same category in 2018. But can he snatch another win at this year’s ceremony? In a recent US breakfast TV interview he beams with pride about the nomination, stating “I am proud. I am lucky. I know how hard it is to find a show, let alone a show that is so beautifully crafted.”

It’s not all sunshine and rainbows for Winkler though, as last month he slammed former NFL star Herschel Walker for suggesting that celebrities should not get political in public: “I need to repeat this again. I am an American First with every right to an opinion … then I am an actor .. Got that Mr. Walker .. Mr famous Athlete” he tweeted.