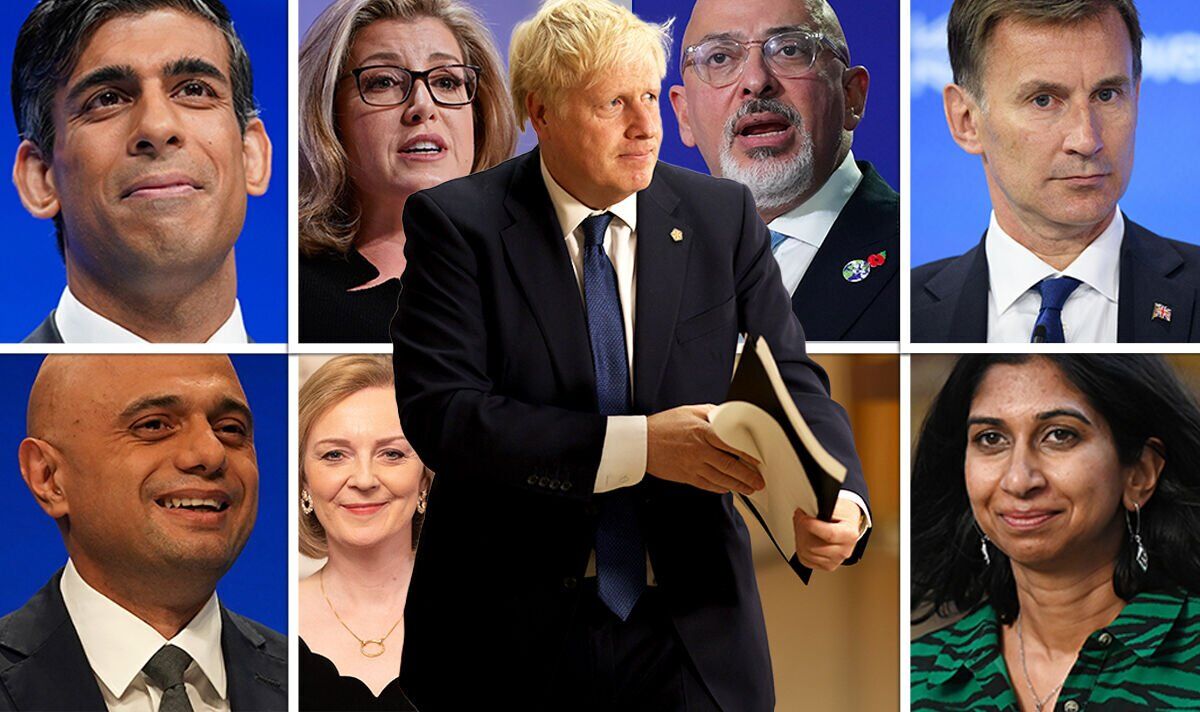 Campaign group Defund the BBC has written to all the Tory leadership candidates pressing them to continue with Boris Johnson’s plans to end the tax on having a television for every household in the country. It comes amid continued concerns over the “woke” and “unpatriotic” nature of programming on the BBC and a belief that its funding model is out of date.

Defund the BBC wrote to all eight leadership candidates after Jeremy Hunt confirmed he would not get rid of the BBC Licence Fee, earlier this week while Nadhim Zahawi and Rishi Sunak have hinted that they would scrap it.

The campaign group wants a “cast-iron guarantee” from leadership contenders rather than “pay lip service to it during the election of a new leader, only to abandon it”.

In a letter to each leadership candidate Rebecca Ryan, Campaign Director of Defund the BBC asks: “Will you commit to abolishing the BBC Licence Fee? Do you also commit to not using general taxation to fund the BBC?”

There is significant support among Tory Party members to abolish the licence fee after the BBC faced numerous allegations of being “pro-Remain in the Brexit debate, anti-Tory and unpatriotic”, according to Defund the BBC.

Already, the campaign group for Tom Tugendhat has indicated he supports decriminalising non-payment of the licence fee.

A source said: “The BBC is a treasured national institution but it’s funding model may need to evolve to keep up with a changing sector. Tom will do what’s best for Britisn journalism and maintaining Britain’s leading place in the global media industry.

“Criminal sanctions for non-payment of the license fee are not right way to build trust in, and support for, the BBC.”

The accusations followed a number of incidents including the revelation that the ratio of politicians supporting Remain was 3:1 on Question Time in the leadup to the EU referendum and presenters Naga Munchetty and Charlie Stayt being filmed laughing at Union Flag in March 2021.

Last year the Common Sense Group of rightwing Tory MPs published a book of policies which included scrapping the BBC licence fee and abolishing the BBC itself.

The influential group of more than 50 MPs has split over who to back with most throwing their lot in with either Attorney General Suella Braverman or Kemi Badenoch who has been the surprise of the contest.

She went on: “It is really important that leadership candidates are held to account on the issues that matter to people right across the country. Nearly three-quarters of Brits believe the Licence fee is bad or very bad value for money so this is one of those issues.

“We are giving all leadership candidates the opportunity to set out their policy on the future of the BBC and we will share their responses with our supporters and with Conservative Party members.”

The enormous salaries of some of the stars like Gary Lineker and Zoe Ball, who both earn seven-figure annual pay packets, have also raised questions about the licence fee.

Between 2015 and 2018, 91 people, disproportionately women from low-income families, were jailed for non-payment.

Rishi Sunak has hinted he is willing to scrap the TV licence fee at a hustings with Tory MPs.

The ex-chancellor refused to rule out the move when he addressed the Common Sense group of backbenchers.

His team has not denied the claims.

Earlier this year, Nadine Dorries announced the £159 licence fee will be frozen for the next two years.

The Culture Secretary said she wants to find a new funding model before the current deal expires in 2027.

BBC director general Tim Davie is expected to publish a strategy review that will set out the corporation’s core principles and role within weeks.

Mr Davie said it would help inform decisions about how the broadcaster should be funded and insists he is “open minded” about scrapping the annual bill.